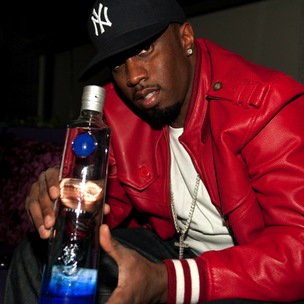 Making Moves With Puff: How Sean Combs Is The Best And Worst Thing For Bad Boy

“After bucks / Crush crews after us / No games / We ain’t laughing much / Nothing but big things / Check the hit list / How we twist shit / What changed but the name / We still here / You’re rocking with the best / Don’t worry if I write rhymes / I write checks…” –Diddy, “Bad Boy For Life” by P. Diddy and the Family.

“Flava In Ya Ear” smashed the New York airwaves in 1994. In an era when car stereos promoted music in the same way that ringtones do now, “Flava in ya Ear” breathed life into Craig Mack and ushered Bad Boy Records into the mainstream. It was essentially the record before the record. It allowed Biggie’s incredible debut to be released on the East Coast’s freshest Record label. It shifted focus from Def Jam and directly onto music’s newest executive. Sean Combs corporate ascent is the ultimate hustler story. Diddy grinded his way into the limelight, and he could dance his way to the top on Christopher Wallace’s Ready to Die. With the exception of some powerful accusations from 2Pac and Death Row Records, Bad Boy Records was East Coast royalty–and Diddy was the king.

In a mere year he did what no other Hip Hop record label was able to do effortlessly. He released two platinum-selling R&B album’s (Faith Evans’ platinum-selling Faith and 112’s double platinum, self-title debut), and was accumulating a talent-laden roster, that included arguably Hip Hop’s biggest star, Biggie Smalls. March 9, 1997 surely changed the path of the label just as it did a culture. The successful Ready to Die, which has sold over four million copies to date, was followed by the commercially stunning Life After Death, which has sold over 10 million units. Bad Boy was flawless for the next four years, dropping a string of successful albums albums that included Puff Daddy and the Family’s No Way Out (seven times platinum) and Mase’s Harlem World (four times platinum). It’s a run of success that quite frankly may never be replicated partially due to music industry climate.

The music plays differently a decade later. And the label that released it is just a shell of what it once was.

When Bad Boy Made Money And Lost Credibility

Diddy, maybe more so than any other Hip Hop entity, has built a brand on image. He utilized Twitter as marketing tool well before many SEO companies caught hold of the idea. Ciroc vodka’s drastic increase in sales is undeniably tied to Diddy’s image. His Sean Jean clothing line has made massive strides in the fashion world, forming a joint venture with Zac Posen, purchasing Enyce and grossing around $100 million a year. He made an otherwise uninteresting reality television series, “Making the Band,” can’t miss TV. The series made him marketable and just about any product with entertainment value associated with him profitable, but it also damaged his Bad Boy Records brand.

I’ll never forget after watching the infamous “Cheesecake Episode” where Diddy told a group of hungry emcees to walk to Brooklyn to get a cheesecake. My friend Jay looked at me and said, “Nobody will ever take those guys serious.” He was right. Diddy ruined their credibility in a mere moment and saved face by disbanding the group right around the release date of their project. The next few seasons saw Diddy undress artists on national television. It was great TV, but working conditions lacked artistic freedom, and respect for ones craft. It’s no wonder that the drastic roster turnover and lack of sustained careers at Bad Boy is a common sight. His professional relationships with Rick Ross and Nicki Minaj have helped repair some of the lost value in his name as a record executive. But Bad Boy is a tough—and in many ways a damn near impossible—sell to established artists. LOX aside, think about the last time you heard a commercially or critically successful artist or group talk about possibly signing with Bad Boy. Much the same way Death Row lost credibility with Suge Knight’s strong arm tactics; Bad Boy has lost credibility with Diddy’s television antics. The comparison doesn’t end there, as Bad Boy has released less and less music at a rate that is approaching Death Row numbers before the label’s demise.

A Closer Look At The Bottom Line

“These haters speculate / They always watching mine / She know what time it is / Just like my watch line / My clothes line / The cologne bitch / I know you smell this money sitting on this throne bitch / I’m strong bitch / I own shit / Gave myself a ten digit bonus…” –Diddy, “Another One,” by Rick Ross f. Diddy.

The numbers that Bad Boy Entertainment openly promotes are misleading. It’s routine to read on any Bad Boy related site that Bad Boy’s annual sales have reached an overall average of $100 million. What is more often than not left out is the fact that, Bad Boy Entertainment consists of not only Bad Boy records, but Sean Jean, Justin’s (Diddy’s Atlanta Restaurant), and publishing companies that Diddy owns. So when the label boasts $100 million dollars of annual sales, it has more to do with Macy’s than music. There were zero releases from Bad Boy in 2011. Only the 2010 release of Coming Home by Diddy Dirty Money, saw any significant sales attention in 2011. That album was certified double platinum by the RIAA in May of 2011.

The roster has turned over several times in the last decade. Of the former Bad Boy artists, it’s a “Where the hell are they now?” list. Loon was extradited back to the US to face felony drug charges, and G-Dep fought drug addiction and ultimately confessed to a murder that took place nearly 20 years ago. Black Rob finished a six year bid and resurfaced on Duck Down. Meanwhile, Carl Thomas is AWOL, and Mase is somewhere between the church and G-Unit. Shyne signed with Def Jam after finishing a 10 year bid. And the “Making the Band” artists are at best Playboy pin ups, and at worst former local celebrities. In an interview with DJBooth.net, Carl Thomas once said, “Bad Boy is the type of label that is wonderful if you wanna break an artist. Now if you wanna sustain a superstar, that may not be the situation for you.” With the exception of Diddy, and the now disbanded Danity Kane, no artist in the last 10 years on the Bad Boy Roster has went platinum or gold twice. Yung Joc, and Cassie, who were both thought of as the Bad Boy revival, saw successful debuts follow with either a disappointing sophomore project or no project at all. With the exception of two critically acclaimed Janelle Monae projects, there hasn’t been a sustainable successful Bad Boy artist in nearly 10 years.

Sean Combs The Executive Versus Diddy The Entertainer

The downfall of Bad Boy the label directly results in the way Sean Combs branded Diddy and Bad Boy as one. Any transition from record executive into artist is complicating, and his was no different. Diddy became the label’s flagship artist after the passing of B.I.G. Despite the platinum success he has had as an artist, he is no longer viewed as a top-notch producer in most circles. And even Combs himself will admit his limitations as a rapper and/or vocalist. His business acumen aside, he’ll likely never have the artistic appeal that a Dr. Dre, Eminem, Lil Wayne, Jay-Z or 50 Cent have with their respective labels or audiences. A feature on an Eminem or Hov project can be career defining; the same can’t be said about a feature on a Diddy project. The $75 Million records sold worldwide don’t sound as appealing when recent projects have struggled to consistently chart. Sean Combs the mogul has trumped Diddy as the artist since 1997. When Suge threw those infamous shots at The Source Awards about managers dancing in videos, it turned out to be bigger than East/West or Bad Boy/Death Row. With the exception of Janelle Monae, almost every artist released on Bad Boy had some sort of Diddy appearance. Careers were built on Diddy appearances and those careers rarely transcended beyond Bad Boy. The Bad Boy roster has again been rebuilt, and there might be a few lucrative years ahead. But based on history, there is no reason to believe that any sort of sustainable success will follow at Bad Boy.

Despite being a record label that hasn’t recently seen the type of success associated with other moguls (Aftermath, G-Unit, Cash Money, Roc-a-fella/Roc-Nation), Diddy’s brand and image has been a fixture in mainstream media. His extremely successful “Making the Band” franchise has resulted in millions in television revenues and three albums that have charted gold or better. He has been the face of “Rock the Vote,” the originator of “No Bitchassedness” and has turned Circoc into Hip Hop’s high end Vodka of choice. Diddy’s popularity is at all time high, while his sales as an artist pale in comparison to the glory years. Diddy’s talk about transitioning into film and out of the music industry, in truth, happened close to a decade ago. His recent signees are most likely his last grasp at regaining his standing as a prominent Hip Hop executive.

So while Diddy publicly courted artists like Jay Electronica and Odd Future, critics and fans scratch their heads and try to picture where artists like the aforementioned would fit on Bad Boy. Signings of Machine Gun Kelly, and French Montana, are positive moves. And while both have the opportunity to have long careers, it’s questionable that Diddy will invest the time to allow that success to be seen on Bad Boy beyond one album. It’s Diddy’s job to be excited about his current roster. Hell it’s Diddy’s personality to be excited about anything he touches. Two recent Grammy nods ensure that Janelle Monae will remain an important R&B voice. But aside from that, where do MGK or a Red Café fit in? The label has historically reached for “106 & Park” audiences, and if that strategy didn’t result in albums sold, Diddy was quick to move on. Diddy’s brand has helped him amass near $500 million dollars. Forbes predicts him to be the first hip hop billionaire but all that money hasn’t kept Bad Boy’s music relevant commercially or critically for the better part of a decade. Maybe it started when Shyne, the next heir to the Bad Boy kingdom, heard his verdict. Maybe it happened when a group of hungry artists were walking to Junior’s to get a piece of cheesecake. But somewhere along the road, Diddy as the “Powerhouse Record Exec” lost his aura. It doesn’t make him any less Hip Hop, but it does make it all the more unlikely that Bad Boy musically becomes notorious again. We know he won’t stop, can’t stop—but lately Sean Combs as a music executive has lost his pulse.

Luke Gibson is a freelance writer residing in Philadelphia. He has contributed to HipHopDX.com, The Courier Times and is presently finishing a book of poetry.