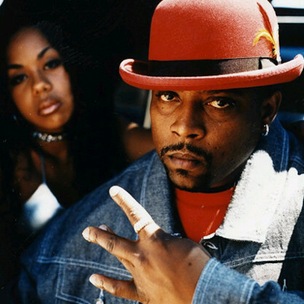 In Memoriam: HipHopDX Remembers Those We Lost In 2011

In the early hours of March 16th, I was up surfing the web when I came across a headline that made my jaw drop and my heart sink: “Rapper Nathaniel Hale – Nate Dogg – dies at 41.”

I quickly scanned Twitter, hoping that this was yet another in a long line of tasteless hoaxes. Instead, rumors were confirmed: longtime collaborator Snoop Dogg said that the smooth crooner had indeed passed. Over the next hour or so, I thought about what a loss it was for Hip Hop to be robbed of one of its most iconic voices, and how unfortunate it was going to be to break the news to my sister, who had as much love for Nate as I did and do.

I spent the next few days making the customary memorial playlists, allowing myself to get wrapped up in nostalgia, and just appreciating the music Nate left us in his all-too-brief time on earth. Elsewhere, however, something strange was happening.

In comment sections and message boards all over the internet (HipHopDX included), two factions of fans seemingly formed out of nowhere: one claiming that Nate was washed up and couldn’t keep up with the times (i.e., Akon and T-Pain), the other claiming that anyone who preferred a hook man over Nate knew absolutely nothing about Hip Hop.

When Heavy D passed later this year, the story was much the same: you either revered Heavy D, calling out anyone who didn’t view him as being on Tupac and Biggie’s level, or thought he was nothing more than a corny old school pop-tart. Even the deaths of two members of Hip Hop’s extended family, Sylvia Robinson and Gil Scott-Heron, engendered bitterness. Claims that Robinson was another money-grubbing music executive and that Scott-Heron received inordinate amounts of credit for his role in Hip Hop flooded comment sections, while others took to the opposing stance, spouting elitist rhetoric.

Animosity also reigned supreme with the deaths of Waka Flocka Flame’s childhood friend Slim Dunkin and Brooklyn emcee Kampane. Rather than acknowledge the tragedy inherent in two artists that never got the opportunity to see their dreams realized, fans either overstated their achievements or relegated them to faceless weed carriers.

This isn’t a new phenomenon, of course. Tupac and Biggie have had their own camps of supporters and detractors so fervent in their beliefs that the late emcees somehow simultaneously became incredibly overrated and underrated. But no matter which polarizing position a fan took on one of the two artists, it was tied to the exact opposite take on the other. I struggle, to this day, to truly understand what one’s significance as an artist had to do with another’s, or why an artist’s death in Hip Hop seems to require fans to “pick a side” and dig their heels in. And the list goes on, whether it be J. Dilla, who suddenly had thousands more fans the day after he died (and corresponding critics, who felt they had to defend the supremacy of the DJ Premiers and the Pete Rocks of the world) or Stack Bundles, who attained a brief, almost legendary status for a number of days simply because he was murdered.

The common thread here is this: in Hip Hop, it seems that the fans often settle into one of two gears when reacting to an artist’s passing: glorify or vilify. To go back to my first example, it’s always either “Nate Dogg’s awesome because Akon sucks” or vice versa. I’d be lying if I said I wasn’t guilty of making the same arguments during passionate debate. I can choose a side and argue stubbornly for days. But I’ve learned that in no instance can the sum total of an artist’s worth be defined in black and white terms.

The truth usually lies somewhere in between. Though artists such as Heavy D, Nate Dogg, and Special One had their impacts, they no longer had the cultural prominence they once did. Though Amy Winehouse succumbed to her demons, she got caught up in the game that has claimed the lives of so many phenomenal talents before her. Though Gil Scott-Heron eschewed the titled of “Godfather of Rap,” he clearly had a great respect for the culture. And, yes, though Slim Dunkin and Kampane might not have legendary status, it’s unfair to presume what they may or may not have become had their lives not been cut so short.

But none of those things matter. It doesn’t matter what all of the aforementioned artists didn’t contribute to the culture, or who they were/weren’t better than; those discussions aren’t constructive – they’re destructive. What matters is what contributions those artists did make. How raw is it that Heavy D, a dude who would sooner pull a dance routine than a glock, gave The Notorious B.I.G. one of his first looks? Or that Amy Winehouse went totally left field and decided to record a cut with Ghostface Killah? How about the fact that Gil Scott-Heron gave a musical tip of the hat to Kanye West (and Hip Hop) when he sampled Mr. West’s music, after being sampled by so many others in the past?

Heading into 2012, the thing I’ll remember about these artists – what most should remember about them – is that they left an indelible impression on a culture that we love. An artist’s worth, much like a person’s, can never be defined in terms of someone else, other than to the extent that they reached others and made some sort of meaningful connection. And for those that never got the chance to make their mark, it’s a somber reminder that life, and the pursuit of the glory, can be snatched in an instant. In 2012, one can only hope that this perspective will allow us as fans to find a third gear, because neither glorifying nor vilifying artists pays proper respect to their memories.