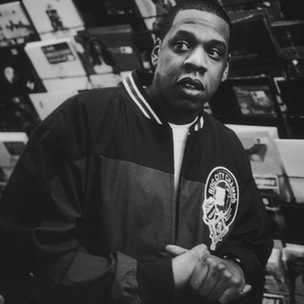 Hip Hop Before The Internet, Part 2

A few weeks back I wrote about the experiences of a pre-Internet Hip Hop head, an idea that I’d been thinking about for years now. What ultimately led to actually putting the idea into words was the release of Jay-Z and Kanye West’s Watch The Throne. The weekend before the album dropped I checked a few spots to see the general response to it. Much to my shock, a mere three days before release Tuesday and one of the most anticipated albums of the year had not yet leaked. And it never would – not early anyway. In the last 10 years when was the last time an album of significance didn’t leak online at least a day earlier? I can’t think of a single one. It then really dawned on me how absurd it had gotten since I was a kid dubbing tapes; not being able to get an album before the release date had become a cause of shock. Never mind the endless access we have now that I spoke about in Part 1, we also get to hear everything ahead of schedule. In a lot of cases, months ahead of schedule. It’s wild. All that said, I couldn’t be happier that I finally wrote that piece after reading the responses. Every writer here prepares themselves for the onslaught of negativity when they scroll down to the comments section, it’s usually inevitable whether warranted or not. All I read was people older, younger and the same age nodding in agreement and sharing their own memories. Sometimes you get trapped in your own little bubble, it was a nice reminder I wasn’t the only one who realized how much times had changed.

My intention was certainly not to claim that all things were better 15 years ago. It’s easy to look back nostalgically at the days of cassettes and wistfully recalling how you’d let the tape rock ‘til the tape pop. Carrying five tapes in your bag, 10 batteries, constant rewinding, fast forwarding, bad sound quality, tapes getting eaten up. Imagine iPod users today being forced to do that! There’s no question that a simple click of a button to access thousands of songs in a single sitting or being able to recharge your device with solar energy isn’t a better way. Anybody who thinks otherwise is truly kidding themselves. I look back at those days with nothing but fondness, but got-damn that shit was a pain in the ass when you actually had to do it. Since I wrote that article I dug up my old Walkman and some tapes and rocked it for a few days; shit got old quick, real quick. My nostalgia gave way to practicality and convenience. I sit down in my car and it starts playing music from my iPhone through the Bluetooth, I don’t have to touch a thing. What’s fucking with that? Certainly not hitting rewind 14 times to get it to the exact spot you want.

But as I said in the last, I wouldn’t change a thing; we experienced the music much better because of those restrictions. Much like a producer who learned on analog equipment, the technology is unquestionably better today, but they couldn’t use it as well if they didn’t learn the hard way.

Getting back to some of your comments, I was reminded of some tricks of the cassette days that I’d nearly forgotten about:

One of my favorite comments from Part 1 came from Mike, who truly ran a great scheme to feed his addiction:

“I used to work at Wendy’s in the ’90s at the drive-thru. Whenever possible, I’d short customers 10 cents and put the dimes to the side. All the money went to my album purchases. Good times. I’m 30 in a few weeks, and I always thought I’d outgrow Hip Hop by now. But now I realize it’s my Classic Rock.

I definitely feel like I appreciated albums as a whole way more back then. I like a lot of new stuff, but most albums only get a listen or two from me and then I only hear their songs through playlists. One summer, the only tape that got played in my car was [GZA‘s] Liquid Swords – and it never got old. It also feels like there are a lot more albums coming out today.”

Some of the DX staff is going to share their fondest memories, please keep bringing us yours.

“When ‘Wu-mania’ was arguably at its highest point, my older brother and I were plotting on a way to get our broke hands on a copy of Method Man’s Tical album. Like many a music fiend, we came to the sad conclusion that the only solution was to part ways with a few albums by hawking them. Southern California heads may remember the retail music chain, The Warehouse, and their horrible deal to trade in five CDs for one new one. It was settled. On the night that Tical (which was arguably one of the weaker efforts from that initial Wu ‘solo’ catalogue) dropped, we rounded up five random CDs and made that 1.5 mile hike (if we had bus fare, we wouldn’t have walked) from our crib on Obispo and 15th all the way down past Long Beach’s Traffic Circle to swap those albums out. For whatever reason, the nine-member collective from Shaolin had a hold on our brains, and we wouldn’t be denied. Lukewarm critical reception be damned, we played the shit out of that Tical album until the disc was scratched and the liner notes were dog eared and faded.” – Omar Burgess, HipHopDX’s Editor-At-Large

“The year was 1999. I was part of a small tightknit burgeoning web community known as Okayplayer guided by a fearless leader known as Ahmir ‘?uestlove’ Thompson. Around the same time The Roots received some entry level success off ‘You Got Me,’ they started putting together weekly shows called Black Lily at NYC’s Wetlands. Jaguar Wright and the Jazzyfatnastees hosted, Scott Storch played the piano, and at any given moment, The Roots, Common, Erykah Badu, Mos Def and others known as Soulquarians would grace the stage and jam for hours. I didn’t know what was happening with this movement, but I knew I needed to be a part of it. Black Lily was on Sunday nights, and things really didn’t pop off until 1-2 AM. I was in college in New Jersey at the time with an 8 AM class on Mondays. Every Sunday night, I would head to the city at midnight and literally drive from the Wetlands to class the next morning. I got my first C in college in that class that semester, but that was a small price to pay in order to witness history in the making.” – Kathy Iandoli, HipHopDX’s Music Editor

“Towards the end of high school, I started catching Hip Hop shows at this venue called, The Spot. It was really a vacant hall of some kind, under one of Route 65’s towering bridges in Pittsburgh. Hometown mainstay DJ Selecta, owner of Seven-Twenty Records had invited my friend and I, as dedicated teenage patrons in his store who demonstrated a purists’ taste despite our age. After my lifelong friend Ryan (who owns less than five Hip Hop albums) spotted the Aretha Franklin sample in Mos Def’s just-released ‘Ms. Fat Booty,’ Selecta invited us to see him spin at The Spot.

To this day, the Friday nights there were amazing displays where (oft-passed over) elements of Hip Hop prevailed. Breakers and deejays reigned supreme as teen-aged kids came to brown-bag it, chill, and study each others moves in a casual celebration of Hip Hop culture. One night in particular, Selecta kept cuttin’ a record with an amazing horn sample and the same sort of Reggae influence that I was really into at the time, from KRS-One, Mad Lion and Nine. I had no idea who it was, and I was too cool to dare ask. So I scribbled some of the lyrics down on a napkin, went home and chilled in the UndergroundHipHop.com Audio section until I had it. That record would eventually prove to be the Ayatollah-produced ‘All Massive’ by Tek (from Smif-n-Wessun). Fast forward 10 years, and I’m at Complex headquarters drinking Coronas and playing Madden with Tek and this crazy memory dawns on me. Wow, what an amazing journey it’s been. And I still scribble down lyrics when somebody plays a dope record.” – Jake Paine, HipHopDX’s Editor-in-Chief