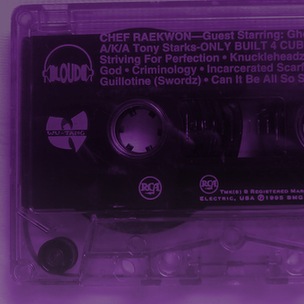 Hip Hop Before The Internet

Right now you can probably listen to 99% of all the Hip Hop ever made whenever you havean Internet connection. If you can’t download it with a quick Googling, someone has probably posted it on YouTube. At worst, you can do this from a cell phone. To some readers, this is the only way you’ve ever known the experience. To others, these advances are an incredible convenience compared to how they used to get their music. It was not that long ago that today’s landscape was an inconceivable notion.  We’re at a time now where Hip Hop fans weren’t just too young to remember the days of rewinding and changing sides, many were not even born yet. Hip Hop is getting old; some 40 years have passed since Kool Herc was deejaying block parties in the Bronx and 25 since the first Rap album went #1. The music, the artists, and the fans have come and gone like the seasons. The saying goes, “the more things change, the more they stay the same.” While that’s true for a lot of aspects of Hip Hop, it certainly doesn’t apply to the listening experience.

Let me paint you a picture.

Imagine it is 1992 and you’re awaiting The Chronic instead of Detox. You read in The Source that Dre’s new single was dropping this month and you’re dying to hear it. While walking to school one day a car stops at a light and you hear a funky bassline, whining synths and Dr. Dre telling you it’s like this and like that. The light turns and the car starts driving so you break into a sprint to keep up and hear a little more of the song. Once you get to school and finish drying off in the bathroom, you ask everyone you know who listens to Hip Hop if they’ve taped the song off the radio or taped the video. Unsuccessful, you head home that night and sit by the radio with a blank cassette tape in the deck. Every time a new song comes on your finger hovers over the record button. No luck. The next day you hit the store the see if the new Source is out because they might write three sentences about the song, which will be very satisfying to read. A week later you find out your boy has the song on his new pause tape. Unfortunately, it is the dub of a dub of a dub of a dub of a dub. The static from the radio is minimal, but it’s got more hiss than a 30 foot python. Nevertheless, you listen to nothing but the song for two weeks straight. Your mom is pissed because you went through 18 batteries for your Walkman because rewinding every four minutes for hours at a time takes a toll. Cut off from getting new batteries you toss your dead ones in the freezer to get some more juice out of them. This is a daily operation.

Now fast forward for a moment to 2011. You’ve read 36 news updates on Detox in the last month, and the latest from Mr. Porter’s brother’s deaf roommate is that he says Dre told him the album’s release date using sign language. While walking to school you check HipHopDX to see if the new single has leaked yet. Sure enough, it has. You dig in your bag and grab your earphones and start streaming the song. As a whining voice requests a doctor, you read the comments on the song and see that 42% of people think this is the greatest song they’ve ever heard because Dre is the greatest producer ever and this is the newest song they’ve heard from him. 41% think it is the worst song they’ve ever heard because ” Dre’s ghost producers suck worse than him” and “Eminem is a fag who raps about butt-fucking Dre.” Eight percent of listeners are indifferent about the song because it’s a bit emo sounding, but they admit it’s a good concept. Four percent want you to know Lil Wayne is the G.O.A.T. and 5% want you to follow the hottest new artist you’ve never heard of on Twitter. You dig the song though so when you get home you download it from Nahright along with a dozen other new joints, hit some other blogs and download four new albums and three mixtapes. You listen to three of the new songs on your iPhone while you walk to your boys to play xBox. The next day you listen to Dre’s new song one more time before moving on to all the other new music you’ve got.

This near unlimited access has had countless effects on Hip Hop music and the Hip Hop experience. Those are discussions that have been had or can be had another time. Certainly, a major outcome has been that fans typically have wider tastes because there’s no risk to trying out a new artist or a new sub-genre. Except maybe your time and bandwidth.

While there were a handful of ways to learn about a new artist, radio, video or your friends, were only about the only free ways to actually hear someone new. The Source was reliable back then, but you still ran the risk of  buying an album and learning that you wasted your hard earned money.  There were the few enterprising record stores in each city that had listening stations and let you sample albums before your bought them. It was a wonderful system but things got tricky for those of us who abused the system. I would listen to no less than five albums per visit and quickly wore out my welcome. At best, you had to deal with clerks’ dirty looks and annoyed sighs. At worst, you were denied. Plus, spending four or five hours in the store listening to albums  wasn’t the best use of time. But that’s what it was.

The more discerning purchasers such as myself also ran into another problem. Sometimes you would go to buy an album and it had already been opened because someone had listened to it at the listening station. I didn’t want to buy that tainted copy, the fresh plastic wrap had already been ripped. That may seem incredibly trivial to those of you never took the packaging off a cassette or CD, but back when people bought those things there was nothing like getting home and cracking open that packaging and listening to an album for the first time while you read the liner notes for the first time. That was experiencing music. So a torn open and repackaged copy? No thanks. The real trouble came with independent releases where stores only had one copy. Dilemmas.

That was finding and purchasing the album, listening was an entirely different animal. Unless you had deep pockets you probably picked one or two new albums a month, for some, it was even less. It was not a rare thing to listen to an album for months on end. Young cats often wonder why the older generation cling on so tightly to the golden years of Hip Hop. It isn’t just the quality of the music from those years, it’s that we listened to these albums three or four times a day, every day, for months. Does that ever happen anymore? I sure don’t do it. The never ending stream of new music won’t allow it, and frankly, I don’t think my attention span does either.

None of this is to say the new generation missed out on better times, the system in 2011 is undoubtedly better. Unlimited, risk free access to any artist and the ability to carry 3,000 albums in your pocket with no AA back ups is nothing short of incredible. But what we’ve gained in convenience, we have lost in experience. We cannot possibly be as good of listeners as we used to be; it is too easy to skip that song we don’t like in the first 15 seconds, or skip that album after skimming the first few tracks. There are albums I absolutely love which I didn’t care for after five listens. Today, there is no way I would give that album five listens when I put five new albums on my iPod five days in a row. I’m sure I’m not alone there. You can’t help but wonder what things will be like 15 or 20 years from now. The times, they are a changin’.