EA Sports’ NFL flagship game Madden NFL 12 released this week. To commemorate the release, HipHopDX and three select sites within the Complex Media Network – each joined by a team of Hip Hop artists (revealed next week) will be going head-to-head in a Madden 12 tournament this month.

DX will be squaring off against Nahright.com, FreeOnSmash.com, and Complex.com on September 12 here at Complex’s Midtown Manhattan headquarters.

DX’s Editor-in-Chief Jake Paine will compete against the highly-respected founders and staff from other sites:

Our Twitter followers (@HipHopDX) can participate: using the hash-tag #MaddenBattle, readers can weigh in on the event and competition. Footage will be captured of the September 12 event.

UPDATE: The teams have been announced, including the likes of Asher Roth, Freeway and others. HipHopDX’s own team includes veteran D.I.T.C./Showbiz & A.G. emcee A.G., Smif-n-Wessun/Boot Camp Clik’s Tek and Brand Nubian’s Lord Jamar. 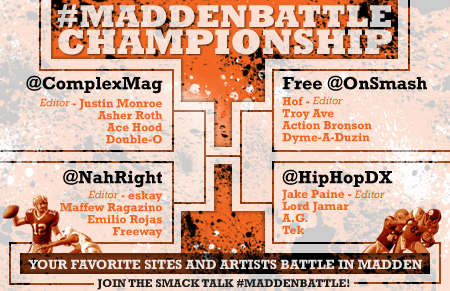 UPDATE #2: HipHopDX is going head-to-head with Complex’s Justin Monroe, NahRight’s Eskay and FreeOnSmash’s Hof tonight for some Monday night football. Our Editor-In-Chief Jake Pain will team up with Lord Jamar, A.G. and Tek to bring shame to our opponents’ name in a rough-and-tumble game of Madden. To follow the match on Twitter and promote your favorite team, use the hashtag #MaddenBattle.

While HipHopDX’s Editor-in-Chief Jake Paine and Brand Nubian’s Lord Jamar advanced to the second round (topping Ace Hood and NahRight.com’s Eskay respectively), D.I.T.C.’s A.G. was beat in round one by Asher Roth, and Smif-n-Wessun’s Tek lost to Troy Ave. Roth beat Paine in round two, as Jamar lost to Gilbere Forte. 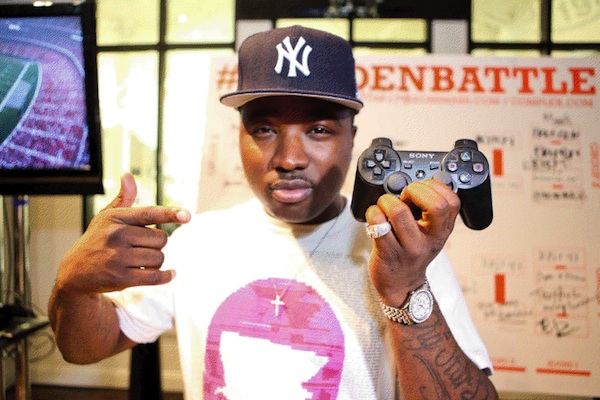 It was Troy Ave., playing for Team FreeOnSmash that won the overall tournament, as Asher Roth and Bronson reportedly “bounce.” Troy just released Bricks In My Backpack 2: Powder To The People, available at FreeOnSmash.com. In additioning to “smack-talk” bragging rights, Troy also won a specially-designed Madden championship ring by Gabriel Urist. 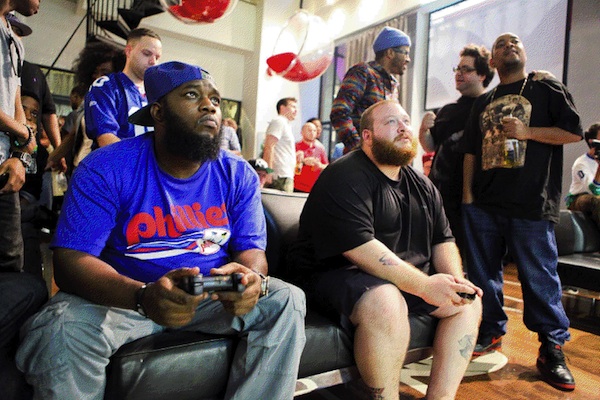 Catering was provided by Complex, refreshments by Red Bull and Corona, and music by deejays FreshBeats and Clockwork. All of the evening’s smack-talk, Twitpics and highlights can be found on Twitter, courtesy of the #MaddenBattle hash-tag. 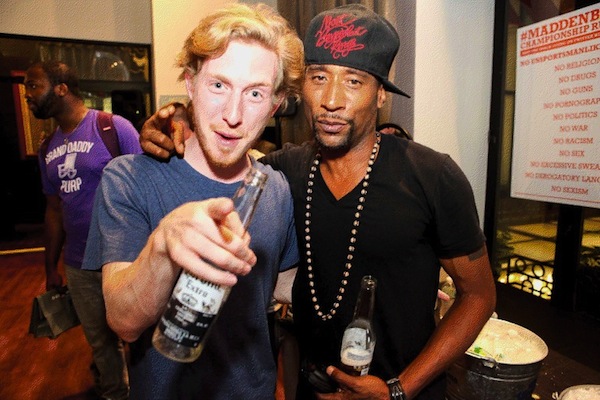 Stay tuned for video footage by Levi Maestro (of MaestroKnows.com) from the event.

Madden 12 is in stores now.