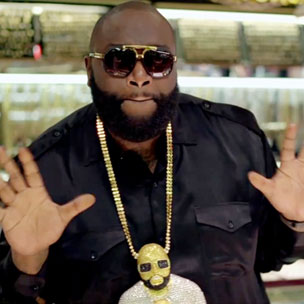 All Souled Out: An Analysis Of Hip Hop Endorsements

With Sunday’s upcoming Super Bowl, you’re guaranteed to see at least one Hip Hop artist in a commercial. Lipton confirmed Eminem will appear in a “Brisk” ad for their signature iced tea. In the last two months, emcees Lupe Fiasco, Talib Kweli and Jay Electronica have all come under fire for lending their rhyme skills to beverage companies. But what’s all the fuss about? The mere act of selling an album puts any musician—Hip Hop or otherwise—in a different category.

“The truth is that music and videos are commercials,” says Nelson George, who has served as co-executive producer of VH1’s “Hip Hop Honors.” George has also written the movies CB4, Life Support and the book Hip Hop America. “[Songs and videos] are commercials for artists that say, ‘Buy me. Buy what I’m doing. Buy my lifestyle.’ So it’s hard to, on one hand constantly put out commercials, which is what these guys do, and then act like the commercials have no impact if the parents are doing their job. That’s bullshit, because parents try and stop kids from eating at McDonald’s. Parents try and stop kids from doing a lot of shit. But, when they’re inundated with it through commercials, music and media it’s hard to battle that. So you have these parents who suddenly are in a war against 50 Cent’s music videos or 50 Cent’s records. 50 Cent’s everywhere—you’ve got water, commercials, a clothing line—so it’s not that easy to tell your kid to tune that out.”

When a product is commoditized, the artist has to make concessions. Songs may have to be shortened; occasionally profane lyrics are changed or censored. At the most basic level, a sample may have to be changed. So if the artist is selling something one way or another, does a fan have the right to be upset because they’re selling a physical product instead of an ideal? According to rapper Pigeon John, who recently licensed his song, “The Bomb” to Volkswagen, it depends on what the ideal and the product are.

“When you speak out on things, it can come back at you,” John told HipHopDX. “Because you might end up promoting the things you’re speaking out against. But I tend to steer away from that—it doesn’t naturally come out of me that way. It’s just been a kind of cool, upbeat thing that happened.”

In the case of Kweli and Pigeon John, can any listener who has followed these two artist’s careers say they couldn’t see them respectively driving a VW or drinking Pepsi? Hell, Kweli’s wedding was partially sponsored by Cognac maker Hennessey. And I can write, in all seriousness, that few things compliment Hennessey the way a cola—be it Coke, Pepsi, or the generic stuff—does.

When these charges of “selling out” are leveled, no one mentions the obvious double standard. When 50 Cent buys a stake in Vitamin Water, it’s considered a shrewd business move. The same praise is given to Dr. Dre for his Dr. Pepper ad, which presumably both paid him and salvaged his leaked T.I. collaboration “Shit Popped Off.” And yet, when an artist like Kweli wants to get some side money endorsing a product that he might actually use, people want to call him a sellout as if he’s committed some great crime against Hip Hop. But the reality is, from Drake to 50 Cent and Dr. Dre on down to Kweli and Pigeon John, nobody is selling as many albums as they used to.

In 2010, total album sales were down 12.8 percent. And a quick look at the RIAA’s database reveals Talib Kweli has one certified gold-selling album. One. When I mentioned the VW ad to Pigeon John, he joked that he hadn’t seen it because he just recently got cable. So without getting into the intricacies of mechanical royalty splits, let’s just say that both mainstream and underground artists are all fighting for a smaller piece of the same pie. Personally, I’d much rather see Kweli get an endorsement on the side as opposed to holding up those feminine ass, pink Nuvo bottles in his videos. And the same argument can be made for Jay Electronica. This is a man who was allegedly homeless. And when “Exhibit C”

dropped, Just Blaze had to personally ask various bloggers to take down the mp3 of the song, because all of the bleeding-heart sympathizers who claimed Jay Electronica was such a breath of fresh air weren’t putting their money where their mouths were by legally purchasing the single.

On a personal note, in the grand scheme of things, an emcee rhyming about drinking soda to get a check isn’t a big deal. Have you seen what’s going on in Egypt? Who gives a fuck what Jay Electronica is drinking. Do you know how much worse things rappers have lied about? Does anybody remember Boss? She was the supposedly “gangster” female emcee from Detroit, who actually turned out to be a middle-class former cheerleader. Would you say that lying about drinking Mountain Dew is any worse than being a former correctional officer who raps about moving kilograms of cocaine?

Hip Hop purists and even some casual fans complain when subpar rappers are placed in commercials. And the seemingly corny inclusion of a dookie gold rope and Dobbs brim hat on Fred Flintstone and Barney Rubble while rapping their best Run DMC impression doesn’t seem funny if you actually like the real Run DMC. But on the other hand, there are tons of statistics to show that many of the same people who are quick to type “sellout” in a web comment aren’t actually out there buying albums.

“The climate of labels and licensing has changed now that records aren’t selling,” John added. “I think the fans and music listeners understand that tours and licensing are keeping the artists afloat. It’s what keeps us making music.”

The issue is compounded by the fact that there are people within the world of Hip Hop who hold prominent positions at the Fortune 500 companies who commission artists for commercial endorsements. Clark Kent is a consultant for Nike. So if you start connecting the dots, it makes sense that after Kent produced Rick Ross’ “Super High,”

Ross eventually ended up in a Nike commercial. But Ross likes Nike. He’s been pictured wearing all kinds of Air Jordan’s years before “Super High” was recorded. So where exactly do you draw the line of calling an artist a sellout? Prior to the inclusion of Ross, Nike commissioned The Neptunes, Rakim, Nas and KRS-One for similar spots. KRS was a pioneer of sorts, by reinterpreting Gil Scott Heron’s 1970 classic “The Revolution Will Not Be Televised” for a Nike ad.

“Today we can laugh at it, and I actually laughed about it then,” KRS said of his Nike advertisement. “I wrote a scathing reply to Sheena Lester at XXL; she tried to diss me for doing that Nike commercial and the Sprite commercial as well. There’s a saying that goes, ‘If it was funny now, it was funny then.’ So you’ve got to take these things with a grain of salt, as they say. But I am ‘The Teacha!’ What else do I expect? I am a self-proclaimed educator of the Hip Hop arts and sciences. If you’re really a philosopher seeking truth—you’ve got some theories and you’re doing your thing—your own community is gonna be the first to diss you. You should want that shit! This is what builds the love at the same time.”

So end the end who are we to call any artist a sellout for supplementing their income? By purchasing an album, a listener is part of the process of commoditizing music. At that point, any notion of “being underground” or “keeping it real” is just an illusion. It’s all capitalism at work. It’s a bit of a catch-22 because many of us also aren’t purchasing the albums artists use a primary source of their income. The final solution may be as easy as taking some decades-old advice from Eddie Murphy—who’s no stranger to the celebrity endorsement himself.

“Have a Coke (or in this case a Mountain Dew) and a smile, and shut the fuck up.”

Omar Burgess is a Long Beach, California native by way of Flint, Michigan. In addition to contributing to various magazines and newspapers, he is an editor at HipHopDX.com.