On Sunday (December 4), R.A. The Rugged Man was on hand at Masta Ace‘s 50th birthday party celebration, which for any Hip Hop fan looked like a dream come true. With music from Hip Hop pioneers like Roxanne Shante, Grandmaster Caz and Marley Marl, Rugged Man was clearly catapulted back in time when Hip Hop was just beginning to take shape, as explained in the new Netflix series, Hip Hop Evolution. He took to Facebook to express his awe.

“All night I was surrounded by the greatest MC’s that ever lived.. BIG DADDY KANE, KOOL G RAP, ROXANNE SHANTE, GRANDMASTER CAZ, LORD FINESSE, BUMPY KNUCKLES, SADAT X, CRAIG G, MELLE MEL.. producers GIZMO, KING OF CHILL, KAY GEE (Naughty by Nature), MARLEY MARL,” he wrote. “These are all the legends I wanted to be when I was a 12 year old battle rapper out in Long Island… The JUICE CREW is why I rap and back then I would’ve never imagined my idols would become like my family… also CAMP LO, RAH DIGGA, RUSSELL PETERS, CHRIS RIVERS, THE ARTIFACTS, LORDS OF THE UNDERGROUND were all in the building and even EMINEM called in to wish ACE a happy birthday and tell him what a huge influence he is. BERNADETTE PRICE repping for SEAN PRICE as well. so much love last night… Happy Birthday to the HipHop icon MASTA ACE.”

Watch his video of the incredible night above and revisit Masta Ace’s latest video for “Mathematics” below.

Roddy Ricch Is A Presidential Candidate In 'The Box' Video 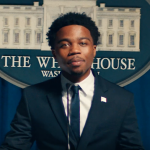 Roddy Ricch Is A Presidential Candidate In 'The Box' Video 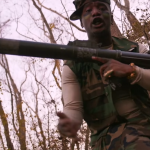 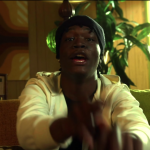 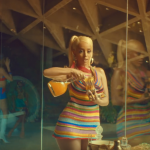