Review: Max B’s 'House Money' Is Good As Jailhouse Album Can Get 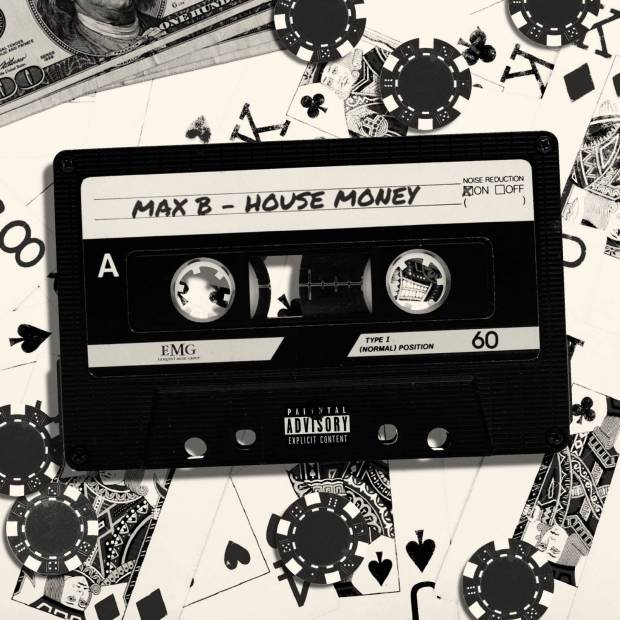 New York City’s rap scene has undergone a lot of changes in the 10 years since Max B was sentenced to 75 years in prison for his involvement in a deadly robbery in 2006. Since then, artists like A$AP Rocky, Dave East, A Boogie Wit Da Hoodie, and Young M.A emerged and can be accredited with reviving a dormant landscape that Max B had begun to resuscitate.

Max B’s brand of melodic street rap and his ability to craft magnetic hooks was ahead of its time. With his sentence reduced to 12 years —- with a possible 2021 release date —- Max is wasting no time in attempting to make a comeback. His latest EP, House Money, is his first solo project in eight years and it’s a satisfying reintroduction to Max B.

House Money is exactly what you can expect from a Max B project. It’s loaded with catchy hooks, stories about the street, and thumping production that made the incarcerated rapper such a prominent figure in New York’s underground rap scene in the late 2000s. Each track has the Harlem-bred rapper inviting listeners into a world of hustling and violence with the occasional flex of money sprinkled in between.

The EP gets off to a slow start with the opener “Take My Time” and the French Montana-assisted “Super Bad.” You can tell Max hasn’t lost a step with his sharp delivery and alluring hooks but Montana’s forgettable performance and the out-of-place beat for “Take My Time” sounds like a cheap attempt at a summertime record.

Fortunately, House Money picks up when Paul Couture gets into his bag and Max B tags in the other guest features for an array of high-quality verses. Max Biggavelli holds his own against Jadakiss on the bass guitar-laden “Ride on Em” with lines like “Locked in the state pen, never made friends (Never)/Six-seater, quarter-million the bigger feature/Fuck a battle, give a nigga the millimeter, yeah/I give a nigga what he need/Love thy neighbor, pray for my enemies.” The team-up with A Boogie on “So Cold” is a match made in melody heaven as the two crooners bounce off each other’s verse with ease over the lo-fi production. The wave that Max and Wiz Khalifa puts listeners on with the breezy “Never Change” is a nice change of pace from the street tales told on the rest of the project.

Max hits a high point when he links up with his Harlem brethren Dave East, Cam’ron and A$AP Ferg on the backend of House Money. On “Goodbye,” East and Cam assist Max in bidding their enemies a vicious farewell over a haunting beat comprised of pounding 808 drums and airy synths provided by Speedy Babyy and Masar. Ferg, on the other hand, gives a toast with Max to their hood Harlem World while counting their blessings on the smooth “Champagne Wishes.” Paul Couture’s production really shines on the song as the glaring trumpets and slow drums guide Max and Ferg to the finish line.

Max B manages to find his pocket and stay there through the entirety of House Money. The lyrics are tight and his flow remains just as good, if not better than before. If he can Max should stick with Couture for the time being because this production really brings out the different layers in Max’s flow. House Money pushes play on a career that was paused 10 years ago and let’s just hope it can keep playing.