Review: Casanova's “Behind These Scars” Suffers From Musical Identity Crisis 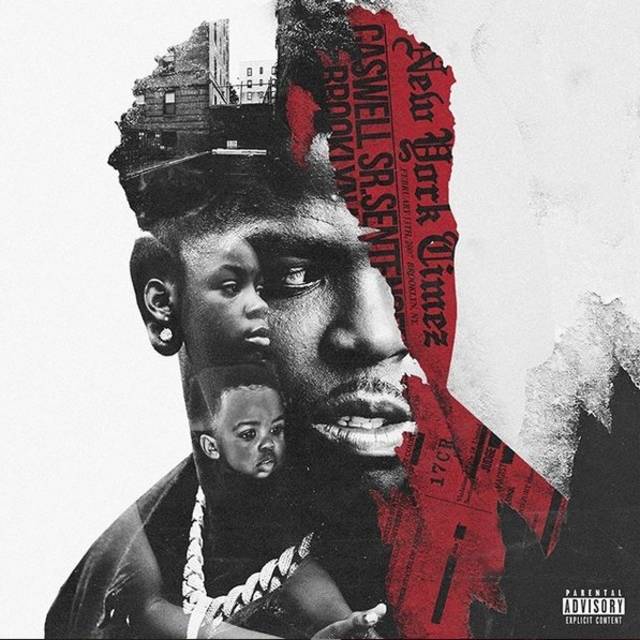 Versatility is an important weapon in a rapper’s repertoire. Hip Hop artists’ have soared to legendary status when proving they can pull off a hardcore street anthem, as much as an introspective and emotional ballad. However, sometimes, trying to prove competence in all stylings leads to losing the flair and appeal that built a fanbase in the first place.

Casanova may be learning this lesson.

The Brooklyn rapper burst onto the scene with menacing delivery and gritty bars staying true to the roots of old school, uncompromised New York Hip Hop. His gruff cadence and rapid-fire flow caught the attention of Jay-Z’s Roc Nation and secured the hard-knock artist a deal. This led to Cas’s well-received debut EP Commissary being packed with hard-hitting confrontational bangers mixed with explicit imagery transporting the listener into the cellblock he once occupied.

A year later, amid dealing with legal issues including the NYPD forcing his removal from NYC’s Rolling Loud Festival, the 33-year-old rapper has released his debut studio album Behind These Scars, which has not generated the buzz he’s hoped for. A couple listens through the project explains why, because Cas has created a directionless body of work that tries to please all types of listeners, falling flat in the process.

The album opens promisingly with the chilling intro “Jail Call,” supported with icy violins and a dramatic orchestral set transitioning into a confessional chilled track with Cas talking about the realities of living behind bars and how he ended up in the system. He’s able to pack all the sad consequences of incarceration with detailed anguish, serving as a dramatic start to the record.

With such an emotional and heavy opening, it makes the next song “Knock Knock” seem silly in comparison. Cas’ gripes about his annoyance with social media trolls and critics, saying he’ll pull up on them in real life and show them how the streets do things. He tries to come off threatening and unhinged, but the added vocal effects, his over breathy delivery and the whole song revolving around the concept of obsessing about what the faceless say on the internet is a recipe for a cut that sounds overexaggerated and comical rather than scary.

The album picks up as Cas goes back to his Flatbush roots on “So Brooklyn” with bouncing bass and light piano lines featuring a solid verse from Bedford-main stay Fabolous, tailoring the tribute to fit the borough feel.

From here, the project begins to derail. Cas rejects his strengths in favor of trendy, more mainstream appealing sounds that make him seem like a fish out of water.

His attempt at Auto-Tuned-Atlanta trap croons on the Young Thug and Gunna featured “So Drippy” comes off awkward and forced as he tries to match Gunna’s singing style instead of bringing his usual junkyard dog flow.

He also struggles on his “Thugs Need Love Too” R&B ballad “Coming Home,” attempting to sound seductive and sultry, but ending up with lines like, “Yeah, I’m down to run the red lights/And since the head right, Cas there every night,” and “Put my gun in her, gave her backshots/ Emptied the clip in it/ I saw it’s good, so you know I double dipped in it.”

It doesn’t help matters that Chris Brown delivers an over-sung yelp of a chorus sounding more like he’s passing a kidney stone rather than delivering a sexy bedroom anthem.

When Cas lets his skills of delivering realistic confessions of his thoughts and feelings about being a success story raised by the streets take center stage, he finds his voice and plays to his talents. On the Giggs-assisted closer “Live” he dials back the singing behind wavy instrumentals and measured bass drums lamenting about his mindset when it comes to his rise and the duality of the negative and positive results that come with it.

Still, there’s just not enough here to warrant a win here. Cas drops off a project that attempts to check all the boxes, losing the appeal of what makes him interesting as a rapper. Save for a few spare moments of realness, he falls into the trend of common rap tropes and clichés that he isn’t suited to take on, dooming any potential this release possessed to ascend past mediocrity.