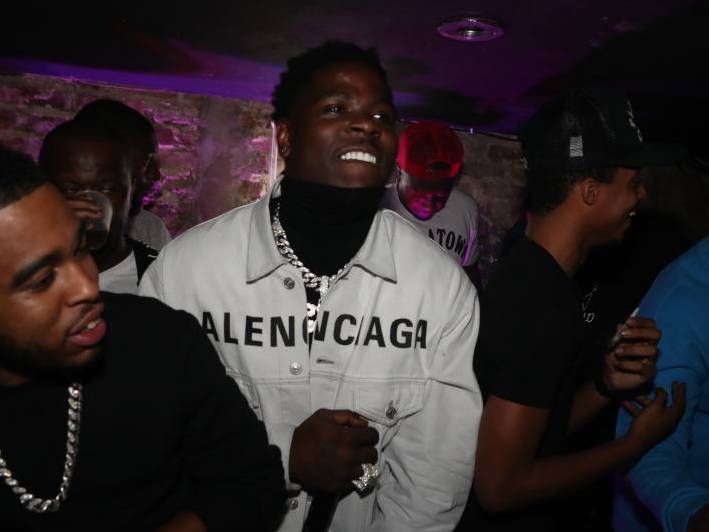 New York, NY – Casanova is a man of few words, and his reticence becomes immediately evident when probing questions about his past, present, and future are asked. Still, the Brooklyn rapper seems content with his place in history, and uses it as a launching pad for his newest album, Behind these Scars.

“What was more important for me, than anything else, was to make people see what I’ve really gone through in this industry,” he told HipHopDX exclusively. “Some of these songs explain, in detail, how I got these ‘scars’ — physical scars, emotional scars — but more importantly, these songs explain why you have to take the good with the bad, no matter what.”

Behind These Scars is a fresh, introspective take on his history that’s liberally peppered with the classic New York sounds and styles that Cas (government name: Caswell Senior) first became known for back in 2016, when — with no previous experience — he got into the studio with a few friends and released his breakthrough hit, “Don’t Run.” Thanks to heavy radio play from DJ Self at New York’s Power 105, “Don’t Run” became a bonafide hit for Casanova, and not long after, Memphis Bleek of JAY-Z fame discovered and signed him.

But Casanova says that the Roc Nation signing, and JAY-Z affiliation, is a nice topper to the cake that his career, not the whole course itself. “A co-sign is nice,” he said. “A co-sign means you’re doing something right. But I’ve been in the studio with a lot of people — learned a lot of things — and my goal is to become a better artist. I think for me, since nobody wanted to give me the fame, I have to go out and work for it myself. Which is fine — because I’m gonna outwork everybody and get what’s mine.”

“What’s his,” for right now, is a solid EP filled with “up close and personal” bars that denote a life well-lived, and a life filled with ups and downs. Since he didn’t even get into the studio until he was in his late 20s, he came into the game with less of a party vibe and more of a straight-ahead, no-bullshit vibe that’s distinctly his.

Although his Fabolous-assisted single, “So Brooklyn,” has caused a bit of a wave, other standout tracks include “So Drippy,” in which he gets a field goal assist from Gunna and Yung Thug, and the growling “In My Hood,” in which Casanova steps into the ring and stands alone with one-two sucker punches over the beat.

And though he came into the game when he was older than the average young stunna, Casanova credits social media platforms with giving him that edge. “I’ve been seeing nothing but good responses, thankfully,” he said. “Thankfully, social media has helped me — for some reason, I always go viral because I’m always in the right place at the right time. I go viral for a good day or two and more people listen to my music. They get to know my music through social media. And that leads me to believe that I’m gonna get my turn at the top, regardless.”