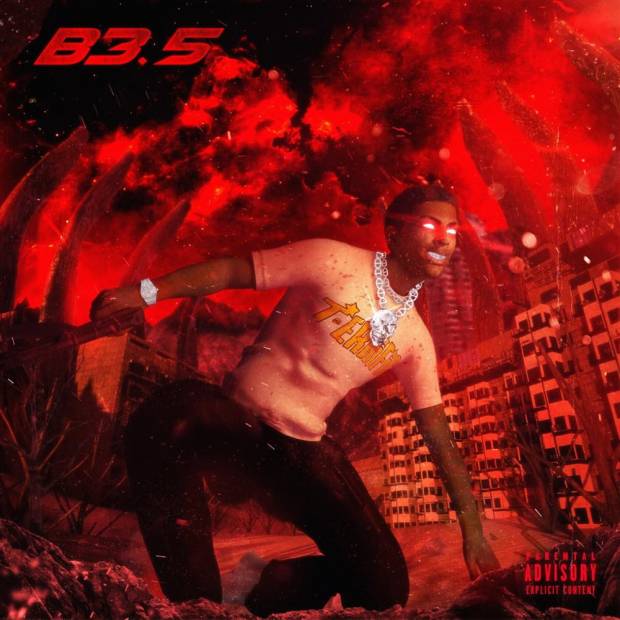 After much buzz and anticipation, 22-year-old St. Louis rapper Comethazine released his third mixtape, Bawksee 3.5 — oddly choosing to skip over Bawksee 3 (something that’s becoming a trend). The 12-song effort has more variety to it than his sophomore effort, making it a more palatable listen.

While his ultra-violent, gruff, murder raps remain almost painfully consistent, he still manages to experiment with his style and beat selection playfully. “Solved The Problem,” for example, sports a West Coast bop that compliments his cadence and flows well, as he threatens to both Tupac and Biggie his enemies in the same bar four-bar segment. “Dangerous” is another example of him capturing this same feeling.

The laid back, almost subdued delivery of “Act” is probably the most promising moment of the project. However, the glimpse into a (perhaps) more refined, matured Comethazine is immediately slapped back to reality when he tells the “bitch” he’s talking to that she smells like poop when questioning why he would kick it with her.

While “Stand,” the strangely hypnotic a cappella track that has been floating around for over a week before this release, the rest of the album still feels exceptionally unoriginal. Though the past success of “Walk” and “Bands” may indicate that you’re missing something if you don’t get it, nothing on Bawksee 3.5 appears to replicate the formula he stumbled on initially.

Comethazine goes hard, but so do the sea of others who could easily sub into this largely impersonal tracklist.