Review: Denzel Curry Embraces Miami To The Fullest On "ZUU" 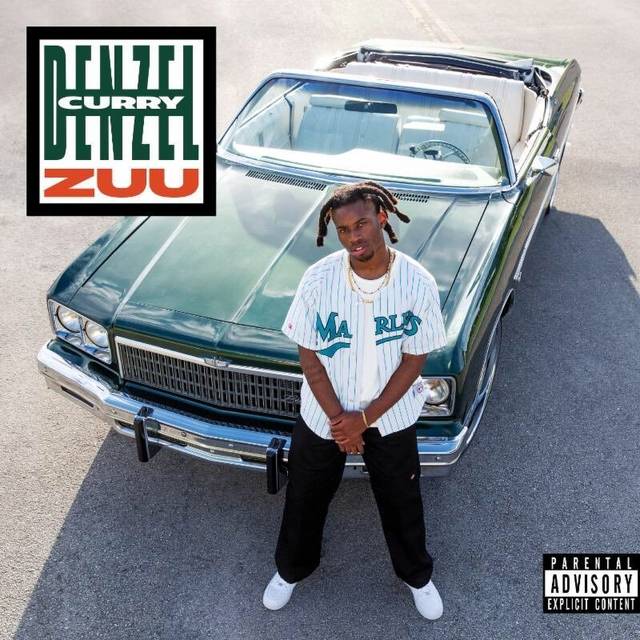 Denzel Curry’s ZUU had the unenviable task of succeeding last year’s TA13OO album. TA13OO was the skilled MC’s most diverse work of his career and one of 2018’s best LPs. It staked a legitimate claim as Curry’s magnum opus, seemingly leaving him nowhere to go but down on his next release.

However, the Florida-bred rapper manages to avoid disappointment by pivoting his approach on ZUU. Instead of crafting another album filled with wide-ranging sounds, Curry narrows his purview to Miami-Dade County. The Carol City native dives headfirst into the influential style of Miami’s past and catapults it into future with own spin on his latest album.

From the opening title track, ZUU damn near tries to shatter listeners’ eardrums with its thunderous bass. Curry’s longtime producers FNZ are responsible for a large amount of the beats and do an excellent job at bringing Miami bass into a new era on cuts like “Carolmart,” which is co-produced by Jasper Harris.

There’s also connective tissue established with the Magic City’s previous generations, such as FNZ sampling MC Cool Rock and Chaszy Chess’ “Boot The Booty” on the Sam Sneak-assisted “Shake 88.” The track even reintroduces a quotable from another booty bass staple, Splack Pack’s “Shake That Ass Bitch,” on the outro.

Lyrically, Curry relies on his roots for much of his inspiration. He pairs up with Kiddo Marv to explore their hometown’s lifestyle on the breezy “Wish.” He then teams with Miami’s current rap kingpin Rick Ross for the banger “Birdz,” which sees Curry detailing the dangers in his city and showcasing his wit with lines such as “Pray I keep it all at the Sunday service/My pastor making dollars like he Erick Sermon.”

ZUU is filled with entertaining records, but their relatively short runtimes often leave one yearning for more. This brevity is just minor quibble though when presented with rewind-worthy efforts such as “Ricky,” a creation named after Curry’s father. Without veering into pure introspection, the bouncy head-nodder recalls life lessons and parental support in addition to giving fans a history lesson on the 24-year-old artist’s origins.

“That was back in Carol City, yeah, when I was just a jit/With the all-black faded Dickie with the Raider fit/That was it, we was lit, y’all wasn’t even shit yet/We was Three 6, Wu-Tang mixed with Dipset/Ricky used to take me to my first shows ever/Would only drop jewels way before they dropped cheddar,” he raps.

While most of the album is centered around Miami, Curry pays homage to his Raider Klan past with more than just a passing reference too. The LP nears its conclusion with an interlude (“Blackland 66.6”) named after a SpaceGhostPurrp mixtape that samples SGP’s “Fuck Taylor Gang (Not A Diss We Are Just Not Dickriders).” He then recaptures the sound of his collective’s glory days on “P.A.T.” with riot-inciting intensity, Ronny J and FNZ’s chaotic backdrop, and Memphis rap’s undeniable influence (highlighted here by the use of Project Pat’s signature rhyme scheme).

This deviation from the 305 works well, especially as the closer, but the album’s other detour isn’t as effective. The Tay Keith-produced “Automatic” certainly isn’t a bad track in a vacuum. Yet due to Keith’s position as one of Hip Hop’s most in-demand producers, it comes across like something countless rappers could have made.

This is in stark contrast to the rest of the project, which is something only Curry could orchestrate.

And that’s what makes ZUU so special.

Although the project’s unbridled embrace of such a localized style may limit its mainstream appeal, the LP proves Curry cannot be pigeonholed as an artist. ZUU, particularly in the context of being TA13OO‘s follow-up, exemplifies why Curry should be regarded as one of today’s top talents.