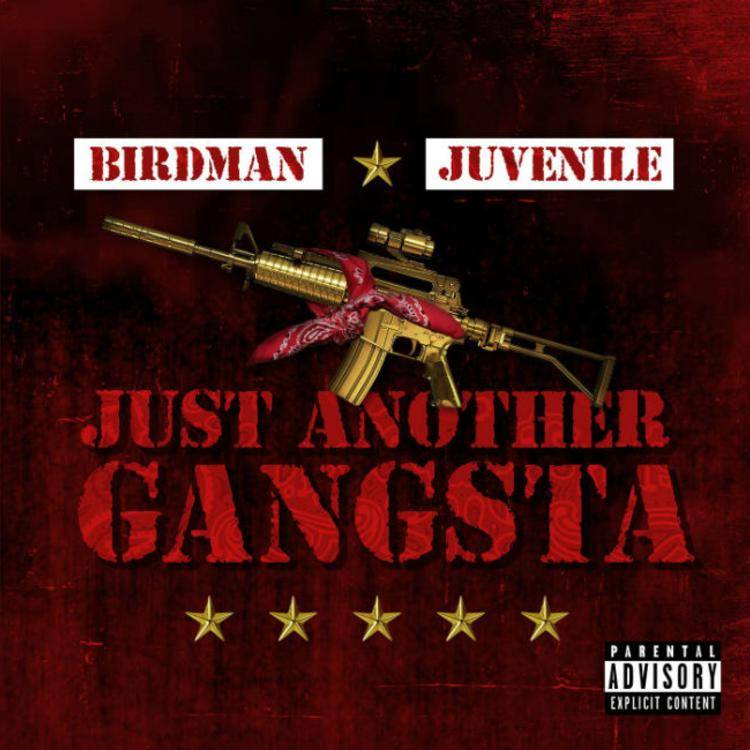 After putting past personal (and legal) disagreements aside, Birdman and Juvenile have cemented their reconciliation with a 12-song collaborative LP, Just Another Gangsta. At ages 50 and 44 respectively, the project doesn’t attempt to fit in, but rather — in many ways — rekindle much of the vibe and chemistry that OG Cash Money fans found so alluring back in the 90s.

From the moment you press play on the title track, that samples Too $hort’s “Dope Fiend Beat,” this LP eschews old man energy.

While there a host of co-producers, the project’s sound was spearheaded by in-house Cash Money producer DRoc, who gives the project a classy contemporary feel while skirting any current commercial waves. No forced trap tracks here; from the uptempo flip of the O’Jay’s “Darlin’ Darlin’ Baby” on the energetic “Broke” to the electric guitars on “Back Then,” the quality factor is evident.

While a few of the songs deliver more what you may have already expected — namely “Filthy Money” and “One Two” which feel quite disposable — there are songs that a left field bangers. “Tonight” with its sped up Betty Wright sample, the twinkling keys and guitar riffs on “Newly Exposed” see Baby and Juve with (largely) female-focused bars, with ridiculous replay value.

The LP is chock full of bars about wealth — obviously — but also this looming sense of reminiscent energy; it’s easy to imagine the memory lane conversations they had before getting back in the booth as you bop along to “Back Then.” However, this never becomes overwhelming, which makes it palatable for younger listeners who may not be familiar with their history (and aren’t here for history lessons).

Most satisfying about this project is that neither artists have lost a beat. It’s not a rehash, but not quite an evolution either. Rather, it feels like business as usual, with undeniable chemistry that never faded — even when Birdman’s questionable business practices originally saw them part ways 18 years ago. While it’s far from a 4:44 level of OG introspection, Just Another Gangsta is a must-listen for fans of the iconic imprint.