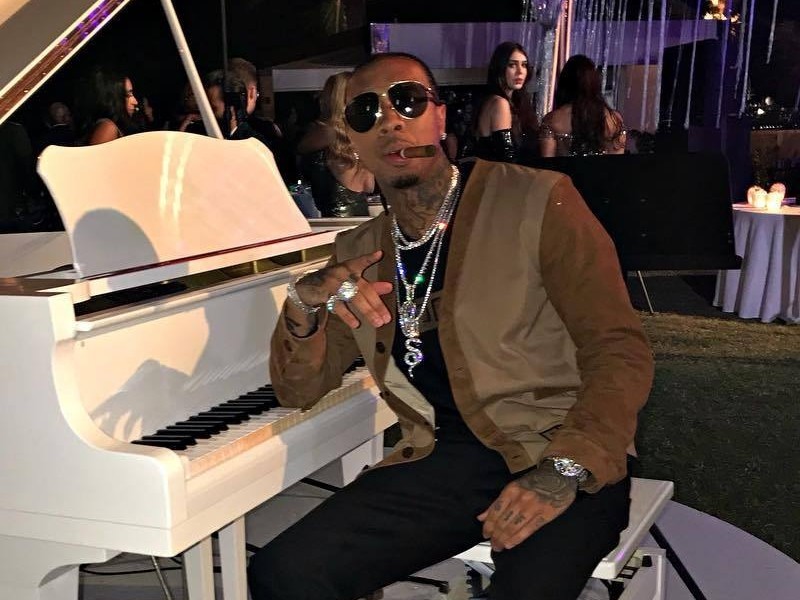 He alleges Lil Wayne and Birdman never paid him all of the royalties he earned from Careless World and Hotel California. However, the source insists it’s “nothing personal” against Wayne.

In 2016, Tyga said Cash Money and Young Money agreed to a settlement but he claims he never saw any money. [apple_news_ad type=”any”]

[This article has been updated. The original version was published on August 29, 2018 and can be found below.]

Tyga has reportedly filed a new lawsuit aimed at Cash Money and Young Money Records. According to TMZ, the 28-year-old rapper is seeking at least $1 million in unpaid royalties.

In the suit, Tyga claims he made a deal in 2009 that he’d produce two albums for Young Money — Careless World and Hotel California. But, he says Wayne shorted him a “significant sum,” even after both albums charted in the Top 10 on the Billboard 200.

He says in 2016, Cash Money and Young Money agreed to a settlement that would take care of all the unpaid royalties but didn’t receive a cent.

Overseas they gon get a taste? pic.twitter.com/4w1mVRBLVy

Tyga frequently finds himself on the other end of the lawsuit. He’s been taken to court multiple times over the years. Last September, he was forced to hand over $1.5 million to his former management company. [apple_news_ad type=”any”]