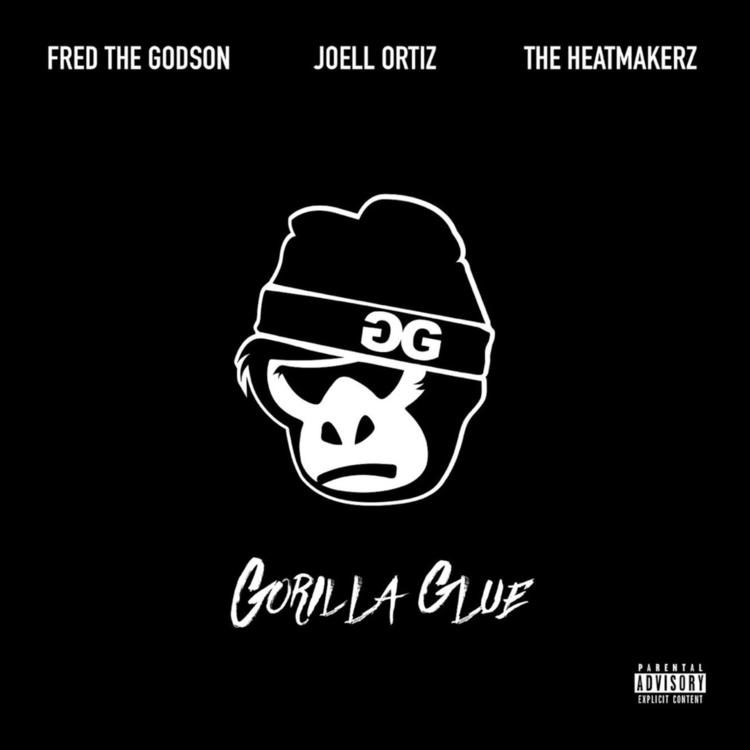 There are two types of “barring out” in Hip Hop. First, there is what a younger internet generation has dubbed as rappity rap, then there’s a punchline-focused brand of mixtape rap reminiscent of the royalty that reigned during the physical CD era, which existed before streaming. Joell Ortiz and Fred the Godson fall within the latter.

With a collaboration teased as far back as 2015, and reignited as recently as a year ago, the two New York City rappers came together with the architects of The Diplomats sound, The Heatmakerz, for the nine-song Gorilla Glue. While the match made in New York rap heaven have crafted an impressive listen, the upper echelon wordplay meshed with played out concepts make for a lot of forgettable material encasing a few gems worthy of heavy replay.

Loaded with more punchlines than it’s worth attempting to dissect, the two establish their lyrical dominance off the rip, rarely letting their Timberlands off of your neck long enough to stop and break down the bars. However, despite their collective track record of creative wordsmithing, a good bulk of the project doesn’t pop its head outside of the usual gun, drug, and block raps, which — combined with The Heatmakerz production style — makes songs like “Murder One,” “Kilo,” and “Raw” sound like leftovers from a forgotten decade old mixtape. Still dope, just slightly dated.

4:44 stands a monument that rapper catalogs can have an arc and mature with age and life experience. When two rappers have as much lyrical ability as both the former Slaughterhouse member and Bronx bomber, trying to remind a new generation of wave surfers how incredible you are by rapping about the same mediocrity as them, but with more double entendres, doesn’t hold much weight.

It’s when they step out of this box they are putting themselves in that they genuinely sparkle. On the DramaB2R featured “Hallways” for example, Joell laments on his come up from the street life, noting “Living room is my next project, no more project living.”

Then there are the two strongest records “Outstanding” and “Move The Crowd,” sporting Gap Band and Rakim samples respectively, where they finally start going back and forth at maximum capacity, balancing a more inclusive vibe with sprinkles of street fare.

For an album that nobody asked for, it is a pleasantly solid listen from top-to-bottom, even if only a fraction of the release begs for multiple spins. Ultimately, the project (which to be clear would have been the biggest tape of 2011) feels like an appetizer; if nothing else, Gorilla Glue a preview of what these two are capable of together.