Review: Bun B’s “Return Of The Trill” Is Poised & Potent 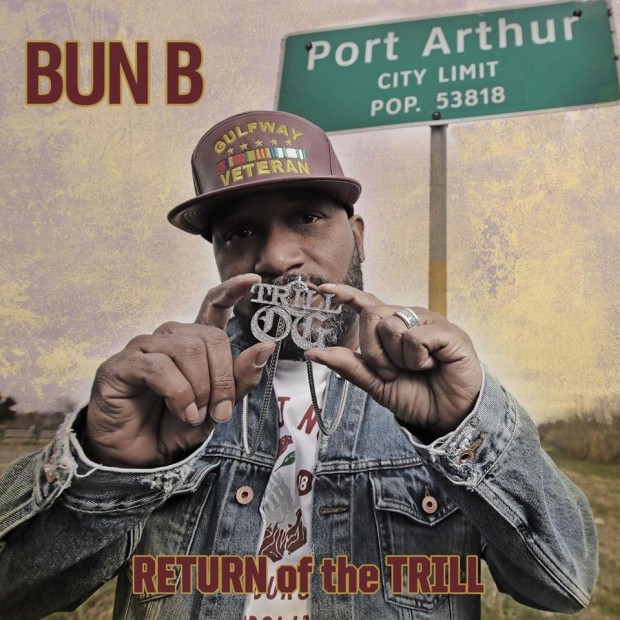 Forty is the new 30 in Hip Hop, and JAY-Z’s 4:44 has made rap’s elders more comfortable with their age than ever before. Bun B’s latest, Return of the Trill, has both the tunes that made him famous and songs to listen to in your granddaddy’s armchair. The result is a formidable, if sometimes tired, body of work to pad Bun’s stat sheet.

The first several tracks of Return of the Trill do little more than prolong the King of the Trill’s history of pimpin’ hoes and slammin’ Cadillac do’s. That’s not to say the songs aren’t enjoyable; the chest-thumping “Recognize” benefits from a nimble verse from T.I. that’s equal parts political and pretentious. “Outta Season” features wistful guitar licks and distorted chopped-n-screwed vocals that made UGK so endearing back in the nine-six. However, “KnoWhatImSayin” is marred by an annoying hook, and “Traphandz” is bogged down by cliches like “I’m gettin’ bitches, stackin’ mula.” The South will ride with these joints, but they may elicit sighs from listeners who don’t want to hear Bun rap about stunting for the 3,047th time.

It’s as though Bun was itching to get a little more flexing off his chest before kicking back to spit game to the youngstas. He dives deep with the compelling narrative “Blood on the Dash” on track six. He comes up for air just once after that, on the catchy “Hoes From Da Hood,” before submerging himself into maturity once more. 8Ball & MJG drop surprising wisdom on “Grow Up,” which nudges adults to stop acting like children.

“Never Going Back” finds Bernard Freeman closing one chapter in his life before fully embracing his new life: “I lived more in one life than your whole family tree/Now I’m ready to be the man that life demands me to be.” His authoritative delivery adds conviction to the entire affair and imbues the album with a sense of stately purpose.

Not that Bun B has forgotten the past. Pimp C delivers arguably the album’s best feature without even rapping a bar. Chad Butler’s interspersed interview clips on “U A Bitch” complement Bun’s torching of American hypocrisy as well as Pimp did when he was alive. The true tribute to his late brother-in-rhyme is on the brief-yet-heartwrenching closer, “Gone Away.” Subdued keys and sparse guitar licks back Leon Bridges’ bluesy lamentation of friends lost. Bun remains the star though, eulogizing Pimp in one verse. Two lines sum up Pimp C as well as any in existence: “Yeah my brother’s a muthafucka if I’m tellin’ the truth/But man he kept it 100, in and out of the booth.”

The track will leave a lump in true Hip Hop heads’ throats and feels like Bun finally mustered up the courage to keep his brother in his heart but not at the forefront of his mind. This cut sets the project apart from the trend of grown-man rap albums. Return of the Trill is not without its flaws but stands as an important chapter in the tale of a music legend.