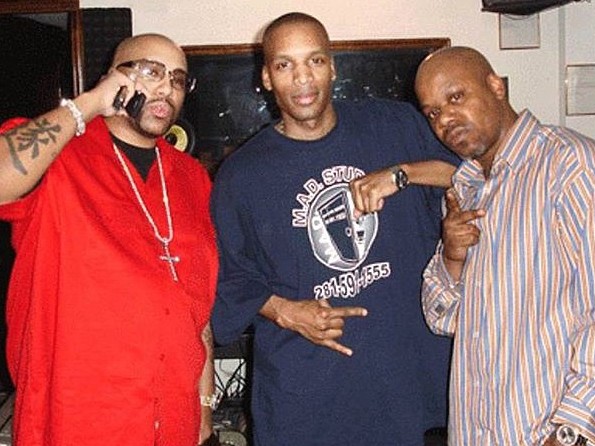 Los Angeles, CA – When it comes to Hip Hop, December 4 holds a more layered connotation than just JAY-Z’s birthday. Ten years ago, it was the day one of the trillest individuals to ever bless a microphone departed this earth.

The word trill should be an obvious indicator that the momentum was building for the late, great Pimp C but nothing lasts forever. Not even memories. Which is why Too $hort took it upon himself to string together a last-minute shindig to honor his fallen comrade — a fitting gesture seeing that they’ve known each other for years and he was one of the last people to see Tony Snow alive.

“I can’t believe it’s 10 years and I still… I have never till this day, been able to accept the circumstances,” he told HipHopDX. “That’s a lot of these little weird situations with folks getting found in hotel rooms and they always be by themselves in a fucking hotel somewhere in some strange shit and I’m just like, what the hell is going on with celebrities and hotel rooms? [The powers that be] checking the 27 Club? You know what that is?”

For those in the dark, the “27 Club” Short is referring to is the unfounded — but nonetheless eerie — notion that legendary musicians are often targeted by death when they’re 27 years old. Amy Winehouse, Kurt Cobain and Jimi Hendrix are just a few of the dozens of notable names but Lost Boyz member Freaky Tah and Screwed Up Click vet Fat Pat have unfortunately been cast as representatives for the Hip Hop side.

Short has kept it moving for a good 51 years but his age hasn’t slowed him down in any regard. He vividly remembers the last time he saw Pimp C.

“He actually jumped on stage at the House of Blues…,” Short recalls, framing it as “shit” The Pimp never did. “I was performing at the House of Blues in L.A. on Sunset. It was sold out. C came on stage in the middle of the show and just … he was my hype man for the whole show. He literally just hung out with me on stage. He knew all my songs and he was doing his shit. The crowd loved it ’cause it was Pimp C. We went backstage, we laughed like a muthafucka. C always liked to tell stories, making everybody laugh and shit. We laughing, kicking it. And even my cousins, everybody who was in the dressing room, they were like … when they found out what happened, they were like, ‘Damn man. We was having so much muthafuckin’ fun Saturday night.’

“And I said a million times that we were supposed to go have a dinner Sunday night. We got on the phone like I’m runnin’, I’m runnin’, I’m runnin’ like I can’t slow down, let’s do it tomorrow. So we just put shit out till tomorrow, then we don’t contact each other Monday, then I get a call from his momma Tuesday morning. She’s like, ‘C ain’t call me all day. I ain’t hear from him since yesterday. Nothing.’ I’m like, ‘What?’ So that’s how that went down man, but you know, I always like to remember that our last moments was laughing like a muthafucka, in our element, what we do so many times … either we in the studio making songs or we doing the show together and we clowning before the show or after the show.”

Game Recognize Game: Aside from the obviousness of being regular ladies men, Short and Pimp C also had excellent chemistry on wax together.

Any way you spin it, there’s no such a thing as an “untimely death” but Pimp C did check out at a noticeably pivotal time in his long-running career. He passed just mere months after he and Bun B linked up with Outkast for their “International Players Anthem (I Choose You)” collaboration, UGK’s biggest commercial splash to date and quite frankly, one of the best rap songs period. And The Pimp was also the catalyst behind arguably the first successful “Free (insert rapper’s name)” campaign when his hit-making potna, Bun B, kept his name extremely relevant while he served out a lengthy sentence for a parole violation. After being released in 2005, he unknowingly only had two years left on earth but made the most of it with instantly infectious appearance on Bun B’s “Get Throwed” as well as his own hits, “Pourin’ Up” “I’m Free” and “Knockin’ Doorz Down.”

The similarities to that of his career adjacent to Short Dog’s explains why they were lifelong friends.

“We was definitely from the same area,” Short continued while effortlessly freaking a blunt. “The same arena. A lot of people don’t know that he was a producer. A lot of people don’t know that’s him singing these hooks. C could take a hook, C could take a beat, and some raps, and start arranging the beat and stuff and taking out certain parts. He knew music. Just like me, he took music classes as a kid. So you get that understanding of that structure of making music. When you in a band, and the flutes are playing, and the clarinets, and the trumpets, and the tubas, and the trombones, and the drum section, and shit … and the band director is getting mad as fuck for fucking up, you learn like, oh so and so is hitting the wrong note, or hit the beat wrong. So you kind of carry that over into recording music.”

The game won’t stop thanks to Too Short’s relentless work ethic. Look out for his upcoming twentieth (!!!) studio album, perfectly dubbed The Pimp Tape, which is due out on February 23, 2018. To hold disciples of his teachings over, he recently dropped the Bay Area-heavy Hella Disrespectful mixtape.