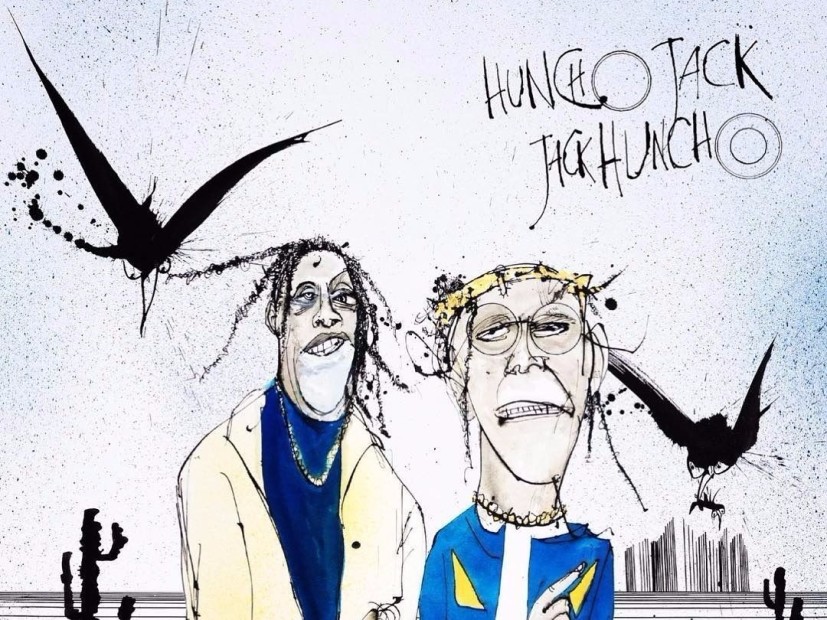 Collaboration albums are all the rage in Hip Hop right about now. This year alone, artists like Young Thug and Future, DJ Quik and Problem, Big Sean and Metro Boomin and RJMrLA and DJ Mustard — among others — have all combined recipes to cook up auditory gumbo.

Quavo and Travis Scott are the latest theoretical dynamic duo with Huncho Jack, Jack Huncho, an album that basks in each artists’ signature sound to the benefit of its groove and detriment of its creativity.

Huncho Jack, Jack Huncho conveys exactly what fans might expect from two of the hottest trap rappers out. Soaring, robo-rhythmic tunes? Check. Endless braggadocio? Check. A seamless blend of vocoder-tinged singing and cocky flows? Check, check, Nike Swoosh. But don’t expect a structured, meticulous project. Rather, it feels as if La Flame and the Migos leader went into the studio, indulged in the ganja, and all grooviness broke loose.

More often than not, this breezy vibe compensates for a lack of solid lyrical content. “Trampoline (trampo), Michael Jordan dreams (Jordan)/Half a bale in that vacuum clean (bale),” Quavo rhymes pointlessly on “Dubai Shit.” However, OZ and Vinyl’s bassline is so entrancing that it hardly matters what he, Scott or guest Offset say. This also is true on “How U Feel,” produced by Yipsy, Pas Beatz and Carlos Desrosiers. The joint is plagued by a basic hook but earns redemption from its downbeat, airy horns. Quavo and Scott’s lack of imagination put pressure on the beats and melodies to be hum-worthy and memorable. At times, such as on the “Motorcycle Patches,” underwhelming flows make for skippable music. Mostly, though, Huncho Jack, Jack Huncho further proves the duo’s strength is entertainment on cruise control.

There are times when it would have been better for Scott and Quavo to hit the gas. For rappers known for undeniable anthems — Scott’s “Pick Up the Phone” and Migos’ “Bad and Boujee” are prime examples — the lack of bangers on this album is sorely disappointing. None of the 13 songs are terrible, but only one stands out from the pack: the album opener “Modern Slavery,” which features a rich, soulful Otis Redding “Cigarettes and Coffee” sample. The next dozen joints, while sonically pleasing, tread too close to familiar waters. The album-closing “Best Man” provides intriguing depth as Quavo and Scott reflect on personal relationships, but brag-fests like “Black & Chinese” and “Moon Rock” are thematically and musically interchangeable.

When artists of Quavo’s and Scott’s stature collaborate for a full-length project, there is the reasonable expectation that they’ll pull each other out of their comfort zones. For all of Huncho Jack, Jack Huncho’s appeal, the duo’s lack of risk-taking prevents all naysayers from having to watch their throne.