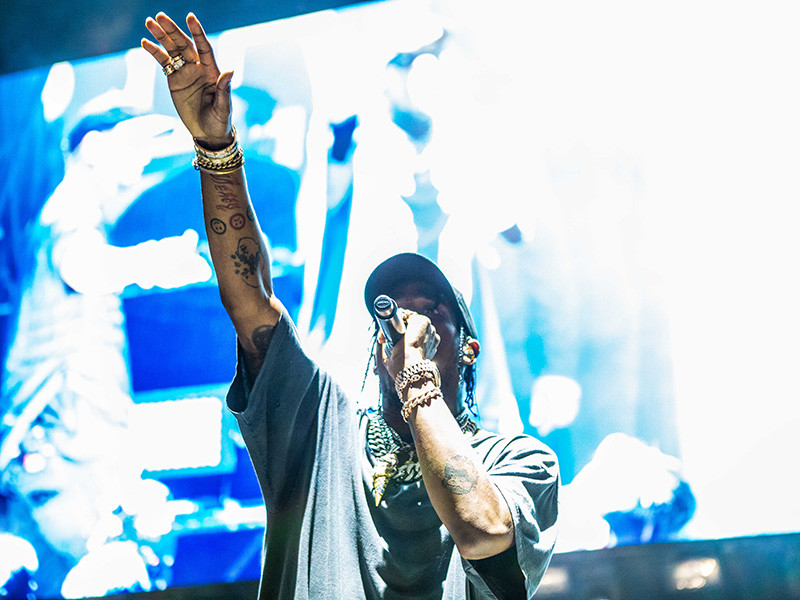 Travis Scott’s debut album Rodeo is now certified Gold. In addition, “Pick Up the Phone” — the lead single off the rapper’s sophomore studio album Birds In The Trap Sing McKnight — has also reached Gold certification. The news was broke by Scott himself via Twitter last night (October 3).

RODEO AND PICK UP THE PHONE IS OFFICALLY GOLD. 🙂

Released in September of last year, Travis Scott’s Rodeo debuted at #3 on the charts, achieving 85,000 units of total activity during its first week. By contrast, the rapper’s latest album — which was released on September 2 — landed at #1, selling nearly 88,000 equivalent album units in its first week as an Apple Music exclusive.

“Pick Up the Phone,” which features Young Thug and Migos’ Quavo, currently sits at #28 on the R&B/Hip Hop single sales chart.