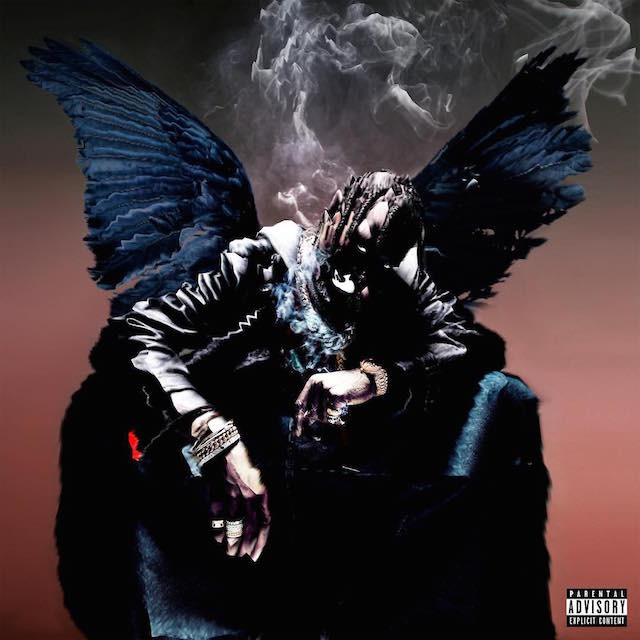 Out of all of Kanye West’s recent notable understudies, Travis Scott is quickly becoming the outright fan favorite. Last year’s Rodeo got hit with some mediocre reviews from critics but irrespectively garnered him a lot of traction with his increasingly cult-like fan base who are visibly obsessed with the braid waving, stage diving 24-year-old. He even snagged himself a seat at number 16 on the Billboard Hot 100 with none other than “Antidote” – what most would have considered to be the song of last summer. To make matters even better, the Houston native played the warm-up role for both The Weeknd and Rihanna on their respective stadium tours. This tidal wave of momentum was the vehicle that has now brought us to his sophomore offering, Birds in the Trap Sing McKnight.

The album’s title – which was not exactly approved by the real Brian McKnight – is Scott’s way of expressing his disdain for not following one’s imaginative ambitions and exposing the social trap that is thrown on today’s young creatives. Although he doesn’t mention such a concept explicitly on any of the 14 lowercase-accented songs, he does, however, exude this colossal creative output that makes for some superbly put-together songs. This ear-for-song orchestrating is perhaps his closest shared quality with sensei ‘Ye and boy does it ever shine through straight off the rip.

“the ends,” with André 3000, is a sonic snapshot of growing up in their individual hometowns. Neither Travis nor André drop overly quotable lyrical miracles but the way the beat sways between different drum patterns with Scott’s Auto-Tune following suit is really something to behold. OZ, Vinylz, Daxz and WondaGurl are credited for the instrumentation but judging, by the way, Travis’ cadences are easily heard, you can tell he undoubtedly assumed the role of a maestro. As you listen to the LP in its duration, you can envision Scott standing in front of a room full of tier one producers and conducting an array of haunting keys, sharp synths and of course trap drums. Lots of trap drums.

It isn’t only the album’s beats that surrender themselves to Scott’s liking, the 13 features all carry a similar intonation that appears to be curated by the man himself. He proves here, more than ever, that he has the true ability to use featured guests to his precise liking instead of just getting emailed a comfort zone type verse here and there. The most visible example is Kendrick Lamar’s verse on “goosebumps” in which K. Dot goes into full Martian mode by rapping “Put the pussy on a pedestal/Put the pussy on a high horse/That pussy to die for/That pussy to die for” like he’s trying to hit the seventh octave. Not saying that Kendrick would never rap like this with anyone else but it’s clear Travis squares the circles for most of the artists he works with. He catches Kid Cudi in rare god-like form on “through the late night” – he even gets Cassie to show and prove with sultry vocals on “sdp interlude.”

There isn’t a ton of lyrical progression for La Flame on this album though, as he’s still throwing out head scratchers like “Hit my palace/Stroke my cactus” (hidden underneath the captivating sonics of “through the late night”) and the lame ball flossing like “Tryna’ text my accountant/Ain’t no service in the mountains” heard on “biebs in the trap,” but the soothing digitized finish and woven through the most polished contemporary drums in Hip Hop, it’s truly hard to hate. That puzzling beauty is the best part about Scott’s music and obviously, the element that connects best with fans; who have already shot it up to the top spot on Billboard. Straight up.