Review: DJ Mustard & RJMrLA Keep It Too L.A. Local On "The Ghetto" 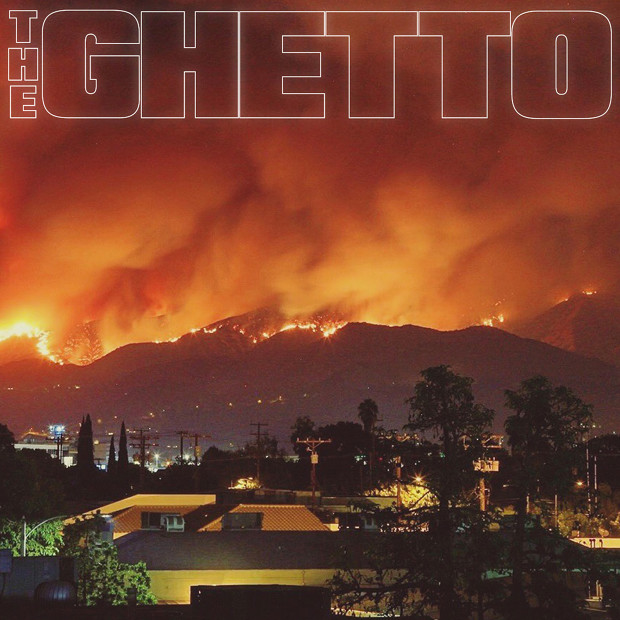 Just because artists have the ability to collaborate for full albums, doesn’t mean they should. DJ Mustard and RJMrLA prove this point empirically with their 11-track albumixtape, The Ghetto. The project suffers from a lack of both outstanding cuts and purpose.

It’s not that Dijon The Deejay and RJ lack chemistry. RJ comfortably rides Mustard’s creepy basslines, dark piano keys, and simple-but-effective trap drums throughout The Ghetto. However, for a producer who once used to churn out hits like J.J. Watt, the serviceable songs on this project fail to excite. RJ’s confident flow meshes well with Mustard’s spastic, club-ready beat on “All 4s,” but the joint falls short of its apparent anthemic aspirations. It’s been nearly two years since Mustard produced a legitimate hit, Rihanna’s 4x-platinum “Needed Me” in March 2016. Maybe Mustard needs to take a gamble to make another banger. The lack of sonic risk-taking keeps The Ghetto’s flow comfortable, but also frustratingly stagnant.

MrLA’s hot-and-cold performance doesn’t help matters, either. He uses his uniquely high-pitched voice as a suitable yin to Mustard’s downbeat yang, impressively rhyming on “I Do”: “Four times out of five this Fo’-Five got an issue, married to the pistol/Cheatin’ with the chopper, every shot held against you.” However, that same high-pitched delivery makes for several cringe-worthy moments on The Ghetto, with JR proving himself one of the worst singing rappers this side of Eminem. His voice painfully cracks when hitting the high notes on the hook on “Get Away.” The penultimate cut is clearly meant to be the project’s ocean-deep moment, but RJ’s off-key singing provides for unintentional comedy, while Mustard’s guitar riffs are reminiscent of a melodramatic ‘90s action flick. More accidental humor comes from “Don’t Make Me Look Stupid” as RJ chants “Said she don’t wanna be no dumb bitch,” inducing a head-shaking effect. RJ’s inconsistency creates a jarring experience, as it’s unclear which RJMrLA will show up on a track.

Even if RJ had been consistent, this mixtape still would have been marred by a lack of cohesion. Not every album has to be as intelligent as Black on Both Sides, as rollicking as All Eyez on Me or as emotionally resonant as The College Dropout. However, RJ and Mustard litter The Ghetto with weary themes of flossing, fame, and fucking. Even the strong opener, “Been Hot,” which is boosted by O.T. Genasis’ nimble rapping, fails to excite simply because there is little variation sprinkled into the beat-the-death sentiment of “hot” rappers. Alternately, “Hard Way” is stamped playlist-worthy by Mustard’s infectious production and Rae Sremmurd’s scene-stealing turn. But when one of the best songs on a producer-MC collaboration owes itself to a feature, that speaks volumes about the project’s lack of quality.

Indeed, DJ Mustard may have been better off collaborating with one of The Ghetto’s guests, such as Rae Sremmurd or Ty Dolla $ign, who delights on the album-closing “Is It Mine,” and with whom Dijon has had success before. Yet, he stuck with longtime collaborator RJMrLA, and the result is a tepid project that will be forgotten about by 2018.