Review: Hopsin Trips Over His Own Excuses On "No Shame" 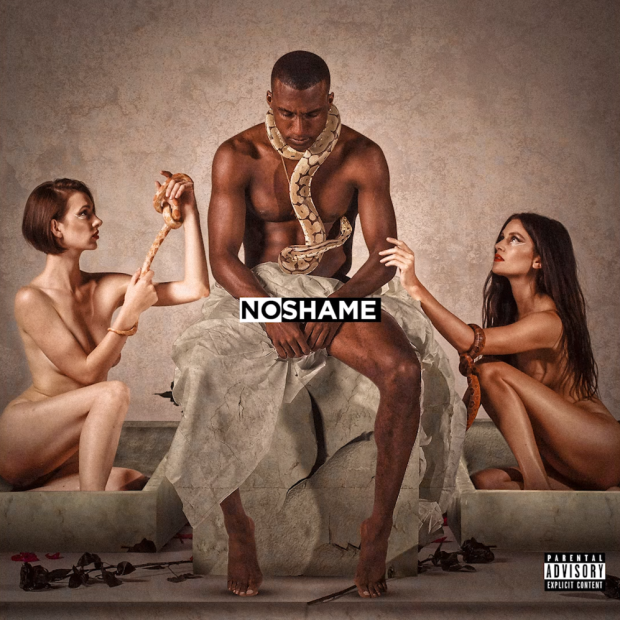 In 2003, The Source released recordings of a teenage Eminem rapping racist remarks about black women. Rather than get defensive, Marshall Mathers created the oft-forgotten Encore gem “Yellow Brick Road,” which gives the backstory to the ill-advised tapes before offering a no-strings-attached apology. Given his similarity in every aspect of his artistry, Hopsin should have definitely taken note. His unapologetic, self-pitying reflections about pushing his then-pregnant, then-girlfriend Alyce Madden last year pervade his latest album No Shame and render it almost entirely unlistenable.

Hop opens with “Hotel In Sydney,” which lyrically outlines his side of an incident with while out in Australia’s top city. He asserts that she admitted to being in bed with her personal trainer and working at a strip club. Hop screams himself hoarse while recounting his demands to find out which club she works at (as if it really matters) and copped to throwing her purse across the room and shoving Madden back onto a hotel bed. But then, rather than apologize, Mr. Marcus Hopson tries to defend the indefensible: “I don’t approve of any man putting hands on his girlfriend or wife/Especially when she’s pregnant with his kid inside/Honestly feel like I wasn’t in the wrong, but still I wasn’t in the right/Ask her, she ain’t got no bruises on her.”

The lyrics (should) stop listeners dead in their tracks. Whether or not Madden did all of the things Hopsin claims or embellished the assault, Hopsin still admits to putting hands on her, and then has the nerve to say he wasn’t in the wrong and claim that because she didn’t have bruises on her, it was OK. This shouldn’t even have to be stated, but there is N-O defense for putting hands on a woman — let alone a woman carrying your child — and the shameless self-indulgence of the opening track sets the tone for an extremely uncomfortable album.

Had Hopsin moved on from the topic after checking out of the “Hotel in Sydney,” No Shame as a whole may still have been salvageable. Painfully, Marcus just couldn’t let it go. He wails on track after track about the backlash he’s faced since the DV incident. He blames Madden for his troubles on “All Your Fault (Remix),” while finger painting himself the outcast on the serene-sounding “Black Sheep.” Hopsin’s past lamentations about ex-girlfriends who wronged him and his struggle to find his place in the world were relatable, and at times even endearing. But his unashamed pose and poor-me rhetorics grow tired here, not only because of their egregious nature but also because we’ve heard this from Hop so many times before.

The self-produced gothic piano keys and dense drums throughout the album could be switched with beats from any of his past albums and the casual listener probably wouldn’t know the difference. Hopsin clearly wanted to make this album a statement, so manning the boards makes sense. The result is nonetheless a generic soundscape that only further jars the listener. Hopsin’s attempt to justify his actions is not the album’s only cringe-worthy subject. Album filler du jour “Happy Ending” features obnoxious, tacky, racist impressions of Asian women. It’s clear Hop was trying to touch the funny bone with a joint about masturbatory massage parlors but quips like “I can give you sucky-sucky” induce head-shaking rather than nodding.

Sure, there are moments where it feels as if Hopsin knows he was wrong. On the surprisingly touching penultimate number “Marcus’ Gospel,” he abandons his frantic flow and spits slowly over drawn-out organs about his self-loathing: “I don’t like Marcus, I don’t like Hopsin, I am ashamed of them both.” Had the album featured more songs like this vulnerable testimony, No Shame would have the redemption he so desperately seeks for his credibility. However, the album doesn’t have a cinematic feel or structure, and if there were any doubts about Hopsin’s views on forgiveness, he tells his son on the fabled series “Ill Mind of Hopsin 9”: “If I do see your mom again, I’ll assault the bitch.”

The never-ending debate of art vs. reality will surely rear its head when discussing No Shame. However, keep in mind that while Eminem, Brotha Lynch Hung, and Big L surely produced eye-popping horrific lyrics, those lyrics were supposed to terrify and offend. They were fantasy. Hopsin is reflecting about real-life domestic assault with disdain for the victim and little remorse, which turns No Shame into a truly shameful affair.