Review: The LOX Make Good On Their "#4NoReAsOn" EP Title 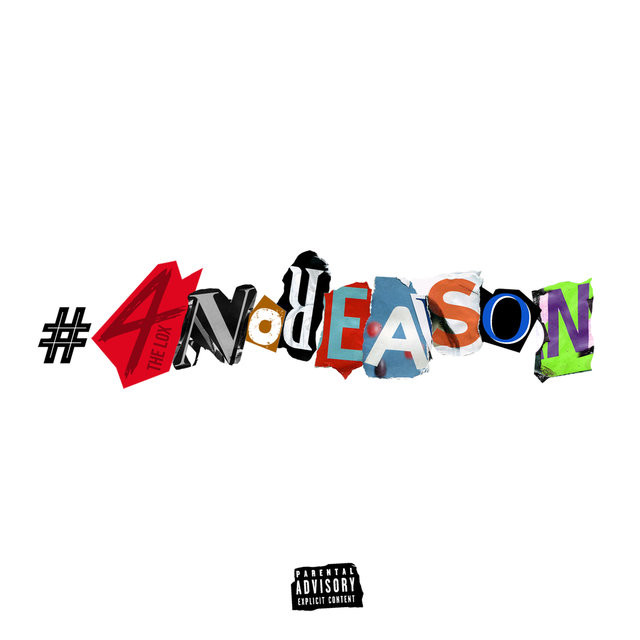 Despite being three living metaphors for what an organic, no-frills MC is supposed to emulate, The LOX haven’t been able to capitalize off their intended vision when they inked a deal with JAY-Z’s Roc Nation. Nor could they standout in a rap era where blending in is celebrated. Although they’re presumably much wiser than the days where obtaining “money, power and respect” by force wasn’t out of the ordinary, Jadakiss, Styles P and Sheek Louch still favor their hoodies, backward baseball fitteds and polished rhyme schemes. Meanwhile, their (much younger) peers are busy squeezing their 90-pound frames into smedium designer clothes, dye their dreads unnatural hair colors and can’t be bothered with sobriety long enough for coherent song structures.

The Yonkers trio still has enough fans to actually matter but they haven’t been doing themselves any favors by blazing through new chapters of their discography that make it appear they’re not on the same page. Such is the case for the trifecta’s latest entry, the surprise EP #4NoReAsOn.

No strangers to dropping projects unexpectedly like bird shit (the group was shockingly the first act to follow Beyoncé’s blueprint of unannounced digital releases back in December 2013), the #4NoReAsOn title stands as the most spot-on characteristic of the project for there’s simply no explanation for its existence aside from the old-fashioned tactic of building a buzz. (Rappers releasing music to get noticed?! Imagine that!)

Don’t get it twisted: The LOX are poetical technicians who wouldn’t sacrifice a bar of street savvy if it meant performing at the AMA’s, and the four-song EP doesn’t betray their credibility. Sheek delivers the most insightful lyrics of the concise compilation on project anchor “Re-Up,” where he outlines the living off experience story.

“I went from putting work on the stove to verses with HOV/Rental cars to get personally drove … My OG had me bagging up work it was real/But my talent outweighed what he had on the scale/Big ASCAP checks in the mail,” he spits. But, much like the age disconnect hurdle the clique faces, the record portrays the supplier when the heroes of this generation celebrate being the user — and the abuser.

Before the aforementioned “Re-Up” brings things to an unceremonious halt, the remaining tracks range from so-so to rock-solid. The opener “Break It Down” ranks as the best of the bunch; as the trio asserts its dominance as Hip Hop’s gatekeepers and longtime collaborator Vinny Idol supplies a banging smattering of Chinese instrumentation meets gutter East Coast grit.

“Let’s Work,” with its energetic aura, is traditional D-Block gun range music — nothing more, nothing less but the drowsy “Gangsta Party” truly reflects L-O-X’s challenge to make records that are still street yet relevant. The only aspect more downtrodden than the wailing horn is newcomer Derez Deshon’s off-key hook — although the record isn’t as big of a reach for acceptance like recruiting Fetty Wap or Gucci Mane (as witnessed on last year’s disappointing reunion, Filthy America… It’s Beautiful).

Thankfully for their careers, The LOX still sound like their day-one selves and still value the art of wordplay. But they’re much too talented to be throwing out 15-minute projects at the wall in hopes that it might stick. It’s time to huddle up and give fans the album they’ve been patiently waiting on.