Review: Aminé's "Good For You" Stays True To Its Title 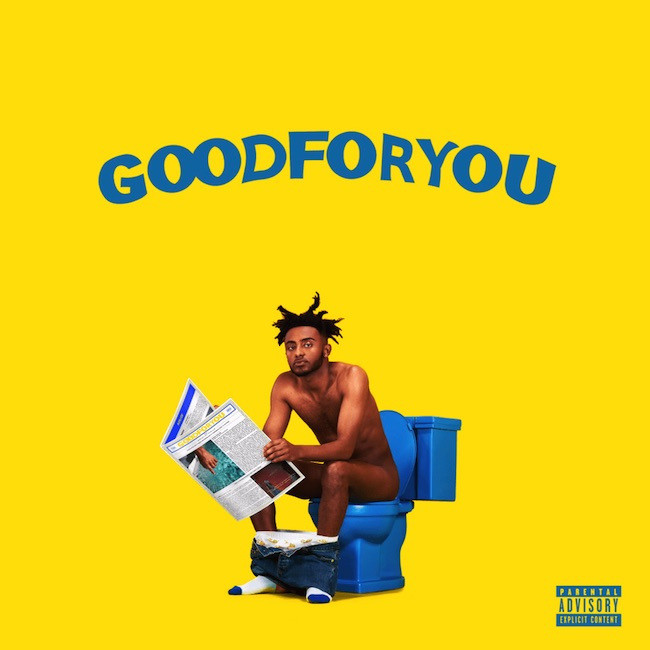 There’s a common notion that butt-hurt ‘90s heads hate today’s Hip Hop because it doesn’t match their era’s lyricism (not always true), and doesn’t suit their nostalgic needs. However, for those who grew up on 2000s Hip Hop, sometimes the issue with today’s youngins is a lack of identity. You get a sense of what they’re about, but not necessarily who they are. Aminé, a 23-year-old from Portland, Oregon, not only puts a stamp on his artistry but also makes a declarative statement of his identity on his studio debut album, Good For You.

Aminé’s carefree style is both irresistible and endearing. His friendly demeanor, breezy musical style and affinity for the color yellow lend him to being a sort-of Rap Jack Johnson. The plucky “Yellow” finds Nelly in top-pop form, as he and Aminé double up on a braggadocious hook. The chorus, which includes “I wanna flex, I wanna show off/Humble when I’m blunt, but I gotta go hard” is simple enough for a sloppy-drunk sing-along at a frat party, but earworms its way into your brain until you’re delightfully humming it at work. Then, of course, there’s album gem “Caroline.” Everything from the way Aminé matches the flow to his and Pasque’s stutter-step beat to his drawn-out crooning not only makes this song infectious but also marks his penchant for hits. Sometimes, he goes overboard with his chilled-out sensibilities. “Spice Girls” is decent enough but could have been left on the Macbook without detracting anything from the overall product. Elsewhere, “STFU” suffers from a hook that reaches dog-whistle levels of pitch. Mostly, though, Aminé’s flavorful content and colorful production make Good For You a rollicking good time.

If this album was simply a good time, Aminé would get lost in the mass of up-and-coming rappers with nothing new to say and nothing that makes them stand out. But Aminé isn’t that kind of artist. His deeper cuts are more than obligatory odes to his past; they’re part of him. For instance, he expertly reflects on his family on the spiritual “Sundays” with rhymes like, “I’ve been sipping red wine since a toddler/Blood of Christ, sacrifice for my Father/My daddy love me and hate me like Mr. Focker.” He also takes a knee from his carpe diem tunes to examine what happens when true love goes sour on “Wedding Crashers.” Whether or not you’ve sat in a pew and watched your true love say vows to another, the theme is relatable, authentic and accessible to multiple audiences.

This debut shines so brightly in comparison to what Aminé’s contemporaries are passing off that it may be easy to forget that it is not exactly a groundbreaking album. Regardless, the rookie should be commended for crafting an honest, entertaining and revealing album. Good For You is high-quality music from an artist spilling over the beer mug with potential.