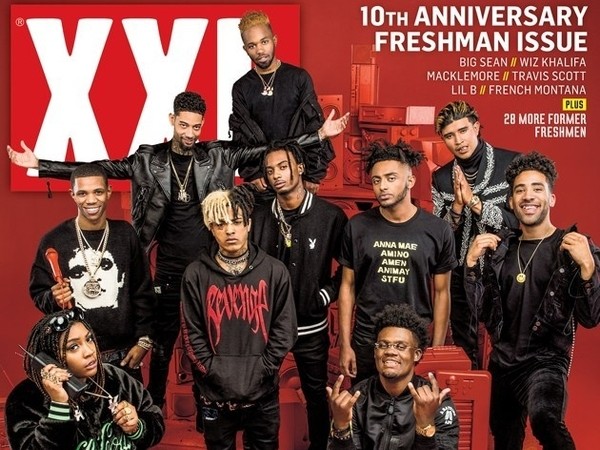 The Songs That Made The 2017 XXL Freshmen Hot

The 2017 XXL Freshman class was unveiled on Tuesday (June 13), leading to the annual handwringing over the selections. While many observers have unleashed their criticism, HipHopDX noticed that a surprising amount of the response was complete unfamiliarity with some of the class members. In an effort to solve that, we decided to provide our readers with a crash course on all 10 of the artists featured in this year’s class.

Check out 10 of the songs that helped this year’s class blow up below and read about why these artists were even up for consideration in the first place.

XXXTENTACION went from just another underground rapper on SoundCloud to one of the most talked about artists in the game due to his single “Look At Me.” The track was originally released in 2015 but really gained momentum in 2016. The song got on the radar of a whole new audience when it became the source of XXXTENTACION’s beef with Drake. X accused Drizzy of biting his style on the More Life cut “KMT.” Ultimately, “Look At Me” received its biggest push upon X’s release from prison and in April 2017, it peaked on the Billboard Hot 100 at No. 34.

Playboi Carti’s “Magnolia” is the hottest song in Hip Hop right now. The A$AP Mob affiliate attained ridiculous amounts of hype over the past few years despite his relative lack of music. That finally changed in April when he unleashed his self-titled debut mixtape, which featured “Magnolia.” The hypnotic record quickly took off, hiting No. 40 on the latest Billboard Hot 100 and helping Carti land a placement in TIDAL’s latest TV commercial.

A Boogie Wit Da Hoodie is the newest star from New York and made a name for himself with a sound that’s far from what most associate with the city. A Boogie’s “My Shit” was his breakthrough record, establishing him as a major player in 2016 and reaching No. 86 on the Billboard Hot 100 in January 2017. The Bronx rapper has released higher charting songs since then, but it all started with “My Shit.”

Kamaiyah arguably has the most impressive body of work in the entire 2017 XXL Freshman class. The Oakland MC’s 2016 mixtape A Good Night In The Ghetto was critically acclaimed and showed listeners exactly why Interscope Records signed her. Her debut single “How Does It Feel” was fans’ first introduction though, arriving in late 2015 and eventually racking up 2 million views on YouTube. Kamaiyah got a big boost thanks to her guest appearance on YG’s “Why You Always Hatin,” but her solo discography is impressive enough to warrant recognition.

Aminé climbed up the ranks of the Portland Hip Hop scene before hitting a home run last year with his single “Caroline.” The song blew up in a major way, attaining the top spot on Spotify’s Global Viral Top 50 chart and leading Aminé to his network television debut on The Tonight Show Starring Jimmy Fallon. The success did not stop there as “Caroline” reached No. 11 on Billboard Hot 100 in January 2017 and went triple platinum in June.

Kap G established himself on the mixtape scene and flirted with a major breakthrough in 2015 via his single “El Chapo.” One year later, the Atlanta rapper finally made his mark with the catchy tune “Girlfriend.” The 2016 record got extra recognition thanks to a remix featuring Ty Dolla Sign and Quavo, which dropped last fall. “Girlfriend” hasn’t attained the same heights as other songs mentioned here, but it did top out at No. 22 on Billboard’s Rhythmic Songs chart.

PnB Rock might be stretching the “rapper” label as far as it goes, but XXL has proven it will include singers with past selections like August Alsina and Ty Dolla Sign. Regardless of what label best classifies PnB, the Philly native’s rise in the music industry is undeniable. After a few years of grinding on the mixtape circuit, PnB stepped up to a new level by releasing the single “Selfish” in 2016. The track would be certified gold by the RIAA and peaked at No. 51 on the Billboard Hot 100.

Kyle doesn’t have an SEO friendly name, but fans are finding his music in droves. The West Coast MC released his debut album Beautiful Loser in 2013, so he’s not really a rookie. Still, there’s no denying that much of the world was introduced to him courtesy of his smash hit “iSpy” featuring Lil Yachty. Two videos for the song have been published on YouTube, combining for an astounding 144 million views. With such popularity, it should come as no surprise that “iSpy” found similar heights on the charts. Kyle’s single cracked the Top 5, hitting the No. 4 spot in April 2017.

Before Uber became a PR disaster, Madeintyo created the perfect anthem for the driving service. “Uber Everywhere” debuted in 2015 and turned into a viral sensation. A remix with Travis Scott created more awareness for the Atlanta rapper’s record, and the online popularity translated into plenty of traditional accolades. “Uber Everywhere” peaked at No. 51 on the Billboard Hot 100 in July 2016 was certified platinum by the RIAA in December.

Ugly God is the class clown of the 2017 XXL Freshman class. Much like Lil Dicky last year, Ugly God is just as much a comedian as he is a rapper. The Houston rhymer does not take things seriously, which is more than evident on his breakthrough single, “Water.” The cut has been streamed over 90 million times on SoundCloud and its music video boasts nearly 30 million YouTube views. The massive digital listenership helped “Water” crack the Billboard Hot 100, peaking at No. 80 in February 2017.