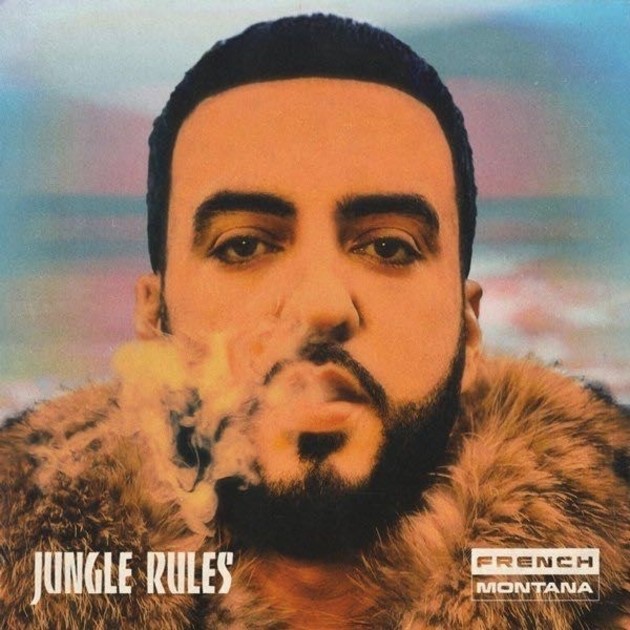 How French Montana managed to survive the rugged terrain that is rap remains one of Hip Hop’s most interesting questions.

Imagine losing both of your best friends — one to an unsolved murder; another to a bottomless prison sentence — while watching your sophomore album fall victim to a premature leak two months before its scheduled release date? Life, as you know it — wins and all — would appear dreary. No umbrella wouldn’t be able to weather that kind of shitstorm.

Despite Montana’s career hitting the occasional pitfall, he refused to let his demons cripple his rap dreams. Hungry for redemption, Montana clawed his way out of his own sadness and worked feverishly on his new album Jungle Rules. The outcome? A top 10 single in “Unforgettable” featuring Rae Sremmurd’s Swae Lee. The island-tinged record found a home on the Billboard Hot 100 and further demonstrated Montana’s innate ability to spot a fiery record when his ears came across one. With Swae Lee displaying his skills as an indomitable hook-man on “Unforgettable,” Montana once again appeared to display genius when it came to picking collaborations.

Throughout Jungle Rules, French adroitly displays his ability to sniff out bangers. Fueled by The Weekend’s inescapable hook, Montana and his partner-in-crime (no pun intended), Max B, land another potential gold mine with “A Lie.” The summery record (scored by la musica de Harry Fraud) has a chance to match its predecessor. Don’t fret, Montana isn’t all about crooning to the ladies. On “Bring Dem Things,” he recruits Pharrell for a blistering verse. With his “Happy” smile in tow, Skateboard P pens a noteworthy verse reminiscent of his In My Mind days. “I’m thinking ’bout the LaFerrari coupe/1.8, the option is the roof/Greens is a secret to the youth/your goals are malnourished nigga, please spit the juice,” he raps.

What hampers Montana the most on Jungle Rules are the album’s most compelling features — the actual features. While his ear for strong cameos remains a key ingredient to his success, it’s also taking away from his artistry. Montana can certainly make a song but guest stars shouldn’t be constantly stealing the shine from the headline act. Just like The Weeknd, Pharrell and Swae Lee, Future and Travis Scott follow the blueprint at-hand and dominate his tracks, respectively. Despite Montana laying down a verse and hook on “No Pressure,” Future trounces his oft-collaborator at his own game with his signature trademark – Auto-Tune. “Last six summers we had no falls,” Future brags on the track. There’s a reason why only a bevy of rappers has swum gracefully through the waters of Hip Hop without a scare. It’s because they’ve mastered their lanes à la Future and Travis Scott with Auto-Tune.

French much rather prefer soaking his lyrics in Auto-Tune and penning rudimentary lines on tracks like the worldly “Famous” and the spacey “Trippin’.” His infatuation for studio enhancement probably is at its worst on “Hotel Bathroom,” where he decides to smoke, fuck and do whatever is allowed at your city’s Ritz-Carlton.

While Montana isn’t hailed as a top-tier MC, he shows promise on the intro track “Whiskey Eyes” featuring the late (and would-have-been) great, Chinx. Montana’s ability to weave in honesty with a flurry of quick punches, makes you wonder if he can bloom into a well-groomed hitmaker without the additional lyrical assist. To date, some of his most recognizable hits include “Lockjaw” (co-starring a Kodak Black on the come up), “Off the Rip” (featuring stellar appearances from Chinx and Noreaga) and “Pop That” (propelled by automatic star power from Drake, Lil Wayne and Rick Ross). Instead of relying on his rap cohorts, Montana should focus on making music for self, if he plans to fully hog the credit down the line.