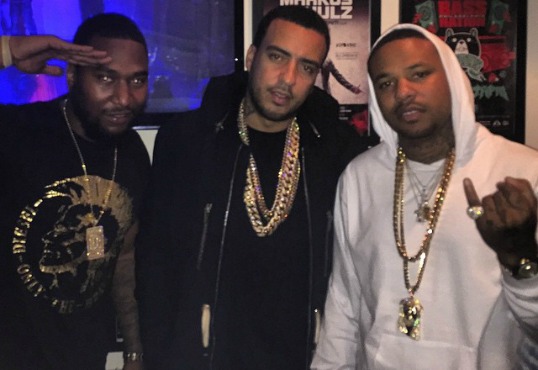 New York, NY – May 17, 2016 served as the one-year anniversary of the death of Lionel “Chinx” Pickens, the talented budding star within French Montana’s Coke Boys imprint who was gunned down in his own Queens neighborhood.

An understandably emotional Veronica Clinton – Chinx’s mom — spoke with the local news at his memorial and stopped dangerously close of blaming French (and Diddy) for putting her son in a position to be murdered.

HipHopDX subsequently spoke with French’s camp who ultimately decided to keep mum on the situation, solely out of respect for a mother who had lost her child. During his appearance on The Wendy Williams Show earlier today, June 7, the inquiry was raised that the Mac & Cheese 4 creator knew more of the situation than he cared to share and he had no choice but to speak up.

“I think that’s the police job,” French told Williams, speaking on any sort of investigation. “And I love Chinx mom but I think me and her never had a relationship. I never spoke to her when he was alive. I might have spoke to her one time. The second time I spoke to her was at the funeral and she just asked me, ‘What’s going on with my son?’ and I said I told him to stay out the streets, don’t be driving around four in the morning by yourself or with another person. And she said you’re not his father.”

While speaking at her son’s vigil, Clinton told FOX 5, [P. Diddy & French] need to come out and see me.” More than a year later, no suspects have been charged with anything related to the murder. The way French sees it, he went the distance in his big brother role.

“As far as Chinx, all I did was give him the platform to feed his family. I never made a dollar off of him. All the money he made, I told him to go take care of your family; he was in the streets at the time selling drugs. I gave him a platform. By time last year came, he had his own house, his own car, his family was good, so I think I did my job. If I tell you what to do and you don’t want to listen to me, you know.”