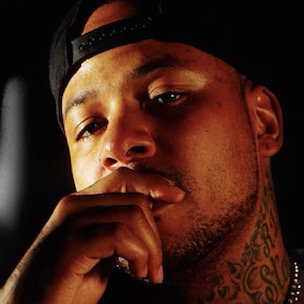 NYPD “Looking At All Hip Hop Angles" In Chinx Murder

The weekend shooting death of rapper Chinx is being investigated by the NYPD in connection with the 2007 murder of rapper Stack Bundles.

Both rappers reportedly were shot while driving in Porsches in the early morning hours in New York. Chinx, real name Lionel Pickens, was shot (Sunday) May 17 after a performance in Brooklyn, New York.

“It is with a heavy heart that The Legion Media Group and 4 Kings Management announce the passing of Lionel ‘Chinx’ Pickens this morning,” his management group posted. “He was 31.”

Police report Chinx did not to ride with his two bodyguards that night. His security was riding in front of him. Chinx was riding with an artist named Yemen Chee$e, who survived the barrage of bullets. The cops say people have been cooperating with the investigation.

“Right now, we don’t have anybody not cooperating,” Boyce says. “There is no fight in the club. We got [that] from numerous sources.”

Police took at least two men into custody in connection to Chinx’s death, which occurred near Queens Blvd. and 84th Street.

Chinx’s widow Janelli Caceres expressed her grief in an interview with the New York Daily News.

“It’s very hard, heartbreaking,” she says. “It’s tragic. He didn’t die after an illness. He was murdered. It’s nothing that you can ever prepare for. We are just shocked. He was not the kind of person who got involved in trouble. That just wasn’t him. He spent as much time with his kids as possible, outside work. His life was his family and his music.”