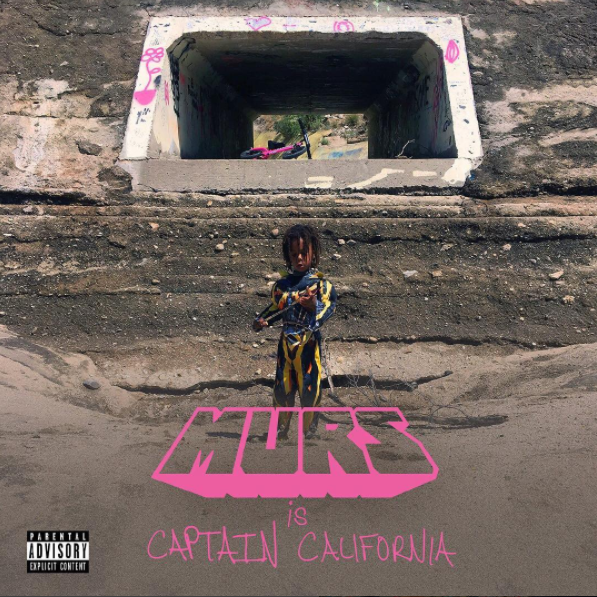 When Los Angeles MC and longtime member of the Hip Hop collective Living Legends Murs signed with Tech N9ne’s Strange Music in 2014, he didn’t seem to fit in their wheelhouse. Not on paper, at least. He didn’t wear face paint when he performed and typically avoided the horrorcore genre of rap. But being the mastermind behind the construction, Tech N9ne knew he could spit solid bars and represented “everything Strange Music is about,” according to tidbits from a 2014 interview with Sway Calloway. Over the past three years, the 39-year-old vet has proven to be one of the Kansas City-based indie label’s most vibrant additions to its roster.

Murs’ second solo album with the imprint (and tenth overall), Captain California, has finally arrived and is further evidence of his insurmountable growth as an artist. Armed with a handful of features from Rexx Life Raj, Krizz Kaliko, Reverie, Beleaf, Big Too Small and Curtiss King, who assists on fan favorite “Lemon Juice,” it still allows Murs to take center stage. One of the 14-track project’s dramatic standouts, “GBKW (God Bless Kanye West),” tackles mental illness and is obviously a direct response to West’s recent hospitalization and public meltdown, but also broaches the topic of police brutality.

“He’s running for his life,” he spits. “The fucked up thing is tonight is the black and white/They rolled up and told him, ‘Freeze, don’t run!’/And that might sound easy, but you see he’s got a gun/You know he ain’t tryna be on no tough shit/But every single night he was tired of gettin’ fucked with/He dropped the gun and it let off a shot/So they returned fire as he ran down the block.”

However, that’s about as politically-motivated as it gets. As if he’s wrestling with some kind of inner identity crisis, Murs swings from typical braggadocio bars to more introspective musings on street life told from various perspectives (“Summer” and “Shakespeare On The Low”). From tales of prostitution on “Xmas and Thanksgiving” to graphic stories of infidelity on “Ay Caramba” to claims of having plenty of women to “suck my dick when I say so” on “One Uh Those Days,” he momentarily maintains the mindset of a socially conscious rapper, but then flips the script and kicks raunchy, sex-crazed bars.

But apparently, that’s the point — to create a cast of characters that can touch on multiple parts of the human condition and truly exemplify the complexities of human beings. If the lyrics aren’t enticing enough, the production on Captain California truly shines. There isn’t one beat on the album that could be considered poorly done. From piano-sprinkled, stadium-sized opuses to uptempo, classic boom-bap slappers, it bumps from beginning to end with the help of producers like DJ Fresh, Mr. Len, Seven and MOD. While it may be a bit disjointed at times, Captain California reels in his superhero status as a gifted storyteller and proficient rhyme executor, making his home at Strange Music the idyllic place.