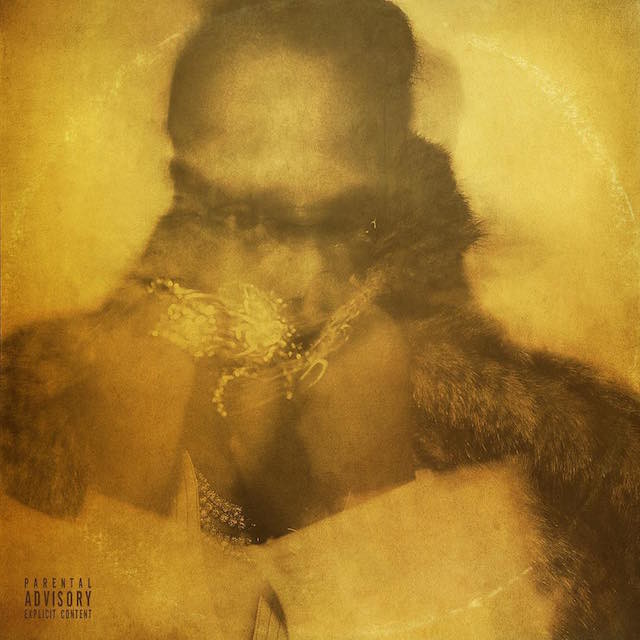 Sometimes, a hard reset is needed. Earlier this year, Future wiped clean his Instagram because his fixation with social media was straining his focus. Known for being an indomitable workhorse in the studio, Future put a halt on his studio output during and following the highly successful Summer 16 Tour with Drake. (His 2016 credits do count his winning mixtape Project E.T. and the lackluster studio album, LP EVOL.) In hopes of returning to the underground on his Tubman, Future searches deep on his self-titled album to find traces of his Dirty Sprite and Pluto days. The end result is a hard-nosed effort which finds him blazing his way through trap-infused tracks and spewing some of the most disrespectful lines you’ll ever hear.

From jump, Future doesn’t hesitate to target hapless women struggling to pay their “Rent Money.” “Got the money comin’ in, it ain’t no issues/I just a fucked a rapper bitch, I should diss you/Got the MAC-11 cocked, it got the kick too/Servin’ niggas like Doughbeezy in my house shoes/Ya baby mama fuck me better when the rent’s due/I just a fucked a rapper bitch, I should diss you/She sucked my dick, she came home, I bet she kissed you,” he raps. And that’s just the opening track. On the chorus of “Draco, he crafts a brash and disrespectful hook (“You ain’t never ever get your bitch back,” he teases) that every sixth grader will sing on the playground. will be the anthem for young middle school kids who eye the opportunity to play Mr. Steal Your Girl by the monkey bars. The heartless rampage continues on songs like “Super Trapper,” with its grandiose lines about checks being on Jose Canseco, chilling with hoes from St. Tropez, and tennis bracelets looking like water fountains.

At times, though, he does take unnecessary leaps with his wordplay. On “High Demand” he trumps the President of the United States’ with his level of disrespect by rapping “Grabbing the pussy like Donald.” Not the smartest thing to say when over 3 million women last month participated in the biggest rally in American history.

Throughout the LP, Future Hendrix proves that he doesn’t need bombastic beats to thrive. On “Mask Off”, he smoothly skates on the feathery production of Metro Boomin’. Another surefire banger in “POA” comes fully equipped with a dark and booming bass, provided by YK808 and Southside.”I need a power of attorney, I’m ’bout to fuck up some M’s/I need a power of attorney, you need to get this on film/I’m ’bout to push me a Wraith, you won’t catch me in the gym/I’m ’bout to push me some weight, you won’t catch me in the gym,” he frantically raps.

While Future’s eponymous album proves that he’s able to whip up batches of infectious records, none of the aforementioned tracks can compete with his previous magnum opuses. There’s not a whiff of anything remotely close to a “March Madness” nor a “Commas.” There’s not a record that can outpower his 2016 banger “Inside the Mattress.” Considering he helped carve the standard for creating street bangers, for him to not have one that shines on its own, is a bit of a let down. Now that he’s a heavyweight standing alongside Drake, J.Cole, and Kendrick in terms of being a mainstream darling, the biggest task for him will be to tinker with the boundaries of music and not get comfortable sipping out of the same syrupy cup that landed him his coveted spot. In addition, despite putting on a valiant effort and maintaining his high level of energy for 17 tracks sans features, an hour long attempt might have been too ambitious for Super. For those lyrical/miracle worshippers, 17 songs might cause one to callously toss his latest attempt in the recycle bin.

As Future eloquently voiced during his interview with Zane Lowe, a song like “Super Trapper” will make the average person feel like a superhero. To further the hyperbole, imagine his braggadocios rap transforming your local trap star into a Frank Lucas clone. It can and will happen. When the record stop, it’s apparent that Future wanted to return to basics and reserved the Billboard caliber records for his mainstream core on his new album HNDRXX (boosted by appearances from pop magnets, Rihanna and The Weeknd). For Future, his latest work will be more than enough to keep his name ringing in the streets, but not enough to have him be immortalized as an urban legend. Not yet, at least.