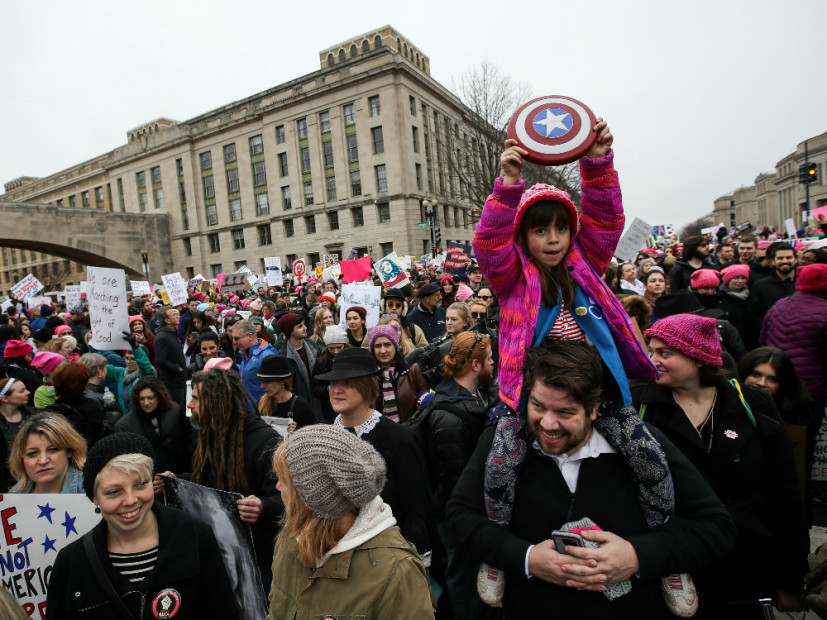 Hip Hop Joins In On #WomensMarch

Hundreds of thousands marched through the streets of cities across the nation to stand up for women’s rights today (January 21). The organized events were largely in response to Donald Trump’s inauguration as he became the 45th President of the United States yesterday (January 20).

Several in Hip Hop participated in local marches with Talib Kweli sharing a video on Instagram of the Los Angeles march. Many who couldn’t make it out to the streets showed their solidarity on social media, including Swizz Beatz, whose wife, Alicia Keys, performed at an official concert.

Women and men showed out with clever signs — including one saying “Only Warren G can regulate me!” — and were leading chants throughout the country to let those in Washington, D.C. know that women’s lives and rights matter.

Check out the social media reactions from Hip Hop below.

Long Night. But back up at the women's march downtown LA #theresistance #hitthemstreets #solidarityforever

No matter where you were today… We sent a powerful message! I'm proud of everyone all over the world who gathered with such dignity and strength to send the message that we won't stop until we are heard! #WomensMarch #WhyIMarch #WomensRightsAreHumanRights #WeAreHere

In support of #womensmarchonwashington against this sick fuck you elected. #ShameOnAmerica

You know who took over the world today? Women's March. Damn.

#womensmarch ?✨ #wematter (this melted me ?)

I stand with women everyday

Have more than respect to all the women marching today. Women are the reason we are ALL here so….

shout out to the men marching today as well.. this is beautiful.