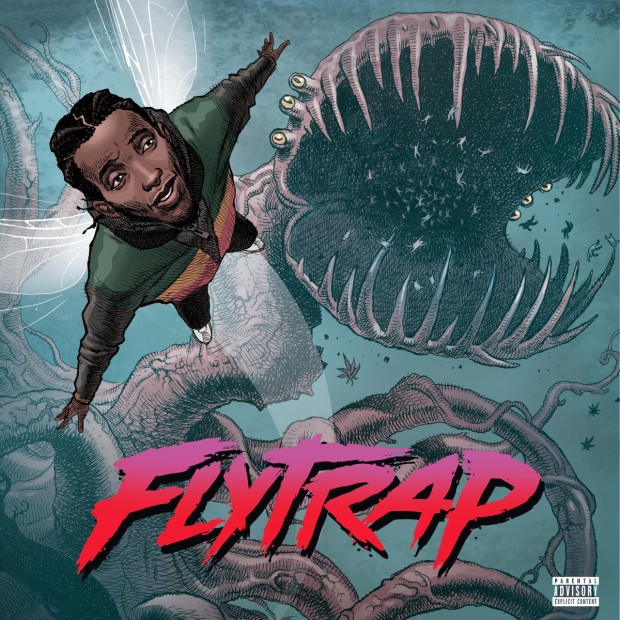 As hard as they try, Pro Era just can’t seem to propel anyone except for of course their captain and frontman Joey Bada$$ to the next level of rap relevancy. This is a standard run-in when a crew made up of all artists is built and focused around just one; it can be hard for everyone else to get an ounce of shine. It took both the A$AP Mob and TDE a solid couple of years to divide fans’ attention up amongst other group members outside of Kendrick Lamar and A$AP Rocky. So when Pro Era lieutenant CJ Fly steps up to the plate and drops an album, especially one as solid as the subgenre-blending Flytrap, there’s a hope that it will be the project that becomes their second mainstream success story.

Flytrap unfortunately started behind the eight ball even before fans were able to press play. Dropped on December 9th alongside behemoth releases like J. Cole’s 4 Your Eyez Only, Post Malone’s Stoney and Ab-Soul’s DWTW, Fly’s third solo project was automatically overshadowed despite being a strong release. The project revolves around self-assured single “Now You Know. ”Proverbially shitting on those who doubted the Brooklyn spitter he raps “Hope you hear this and you know/Now you know you fucked up/Cause a nigga lucked up/Now you really look dumb”. It can obviously be taking as a general blanket statement to those who didn’t believe in his grind but more likely a shot at those who consider him a lifelong bench player for Pro Era – but clearly his aspirations are much higher than that.

The best part about Flytrap, though, is how evolved CJ’s musical palate has become. On previous releases, Thee Way Eye See It and 23, CJ was more so the typical Brooklyn MC leaning on crafty writing and beats straight out of a DJ Premier starter kit. He has developed the boom bap to a level that mixes the best of both progressive and traditional worlds. The King Carlow-produced “Get It Done” has such a futuristic synth sound that it might as well be playing through the speaker system at NASA. The same applies to “Vibrations” which is as minimalist as it gets using only spineless drums, eerily soft keys and a distorted baseline. The reason these beats work for CJ is because isn’t just rapping, he’s on his deep and dark Kid Cudi singing shit — and believe it or not, it really works. But of course he still gets the pen popping with double entendres on “Living The Life” when he says “No dirty laundry, it’s all on the line/Pray that I fall off, but I don’t know why”. He also mixes in standardly strong similes on “Now You Know” with a classic Transformers bar: “Took my life and put it in these rhymes/Transformation like I’m megatron.”

If Flytrap proves anything, it’s that CJ is much more than PE’s runner up. He is slowly but surely becoming a more well-rounded rapper and judging by the efforts put forth on n the album closer “Downfall” (“Ain’t a lot of cats out there that’s fucking with us/They can’t touch us because we got a couple hitters/My whole squad the coldest get cold bumps and shivers”), his future looks bright whether he’s second in command or the highest in demand.