Review: Ab-Soul's “Do What Thou Wilt” Is The Year’s Best Mind Fuck 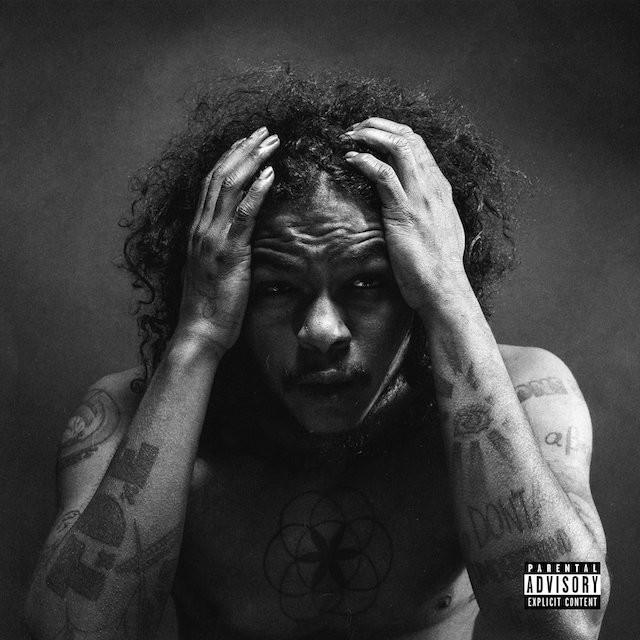 “And Christ died at 33, and she at 33/And she was born on two eleven; that’s a robbery/Damn, she done stole my heart from me,” are bars that sum up all there is to know about Ab-Soul’s fourth full-length solo album, Do What Thou Wilt. Highlighted on the track “Womanogamy,” Soulo uses the life/death duality and police code terminology in metaphorically describing his complex relationship with the opposite sex. Call it a drug-induced blanket statement or deeper testimonial thinking; whatever. It all makes sense to Top Dawg Entertainment’s lyrical shaman in that jigsaw of a brain of his. Some may dismiss those crackpot theories as self-serving, but thankfully, his third-eye wisdom is articulated well enough to bring challenging proclamations about the already more confusing world at large. As the monochrome cover featuring Herbert Stevens shirtless without his signature shades brought by light-sensitivity suggest, Do What Thou Wilt looks into a man whose reality (both literally and figuratively) is clearer in the shadows.

At times profound and others, utterly confusing, the 16-track opus gets denser with every listen. All the while, Soulo becomes more lyrically proficient than he’s ever been on top of some of the darkest production in 2016 raposphere.

Troy Ave and Jay Electronica disses aside, Do What Thou Wilt opener “RAW(backwards)” featuring Zacari eases listeners by providing good ol’ rapping that’s come to be expected by the same guy who gave fans dense entertainment with past projects Longterm Mentality and Control System. Wondagurl adds to her already prolific production career on the Bas guested “Braille” and fits well into soundtrack where dingy drums and shadowy melodies prevail. Soulo finds that lyrical “grove” on “Huey Knew THEN” (featuring Da$h) but by the time “Threatening Nature” rolls around, Do What Thou Wilt travels down a much deeper undertone.

Inspired by Ras Kass classic track “Nature of the Threat” from 1996’s Soul on Ice, “Threatening Nature” offers some daring themes about religion and misogyny it can spawn. Spitting on the haunting instrumental, Soulo spits rhymes: “And we don’t speak on sexism much as we really should/The black man could vote before the woman could / You singin’ hymns in church, I’m lookin’ for the her’s/In 66 books in the Bible, they ain’t let a lady say one word/Hillary Clinton is out somewhere/Tryin’ to get ahead in the Senate/I’m getting head and I’m sinnin’ with an authority that welcomes reexamination. All of this before he calls the album “an algorithm” and saying the American Flag was designed “by fags.” (All disrespect intended, of course.)

Those themes appear several times including the aforementioned “Womanogamy,” “Wifey vs. Wifi,” “Portishead in the Morning / / / Her World” and “God’s a Girl.” Part of Do What Thou Wilt’s enjoyment partly comes from Soul rationalizing his ideas of women and where they fit into the world he occupies. Even when he challenges his own troubling consumption of pharmaceuticals on “D.R.U.G.S,” he gives the most nuanced pro-choice remark in recent memory with “Wasn’t for these abortions I’d probably be on my third son/That was they decision, for the record/Just clearin’ my conscience/That don’t make it better, nigga/You know I know better, nigga.”

Ab-Soul expounds on his cranial compound Do What Thou Wilt and fully revealed himself as an artist who plays mind games with himself and listeners. Although figuring Soulo lyrical intent continues to be a guessing game, at least there are some critical takeaways that linger far after indulging in the music.