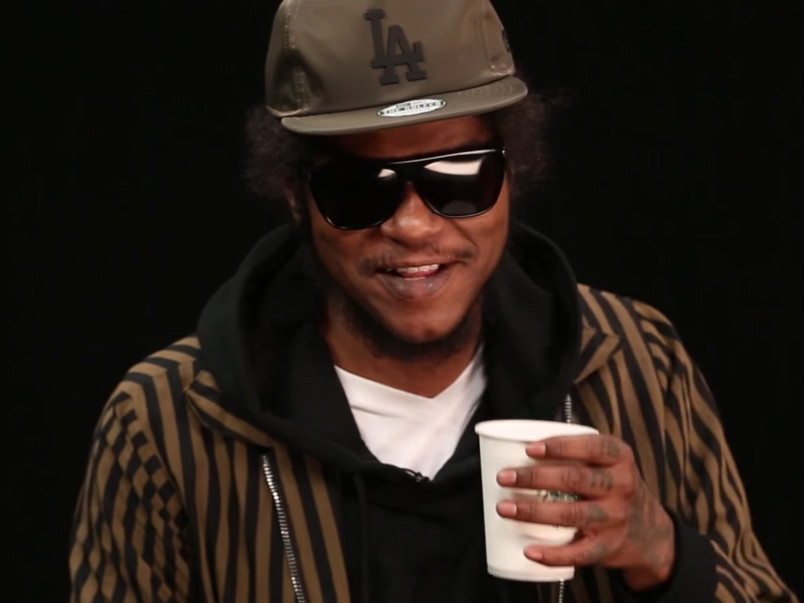 Here's Why Ab-Soul Went After Jay Electronica On "RAW (Backwards)"

Ab-Soul wasted no time on DWTW before laying into Jay Electronica on the album’s opener “RAW (Backwards).”

This weekend, he sat down with Complex in order to explain where the bars came from and why he decided to go after Jay.

“You figure I’m a rapper’s rapper so when I see how Jay Electronica made some remarks that bothered me a lot, I told Kendrick immediately,” he said — referring to a previous incident where Jay called Kendrick Lamar his “son.” “You know, [Kendrick] was about to go and get his Grammys. He was Grammy-nominated. It was a big time for us all, and for him to come out and do it at that time, it really rubbed me the wrong way, so I spoke on it immediately.”

“RAW” wasn’t the Carson rapper’s first shots at Jay as he took some jabs at a concert this summer after the New Orleans MC seemingly dissed K.Dot on his “Curse of Mayweather” single.

“I said what I said the same reason why he said what he said,” Soulo continued about his lyrical attacks.

But Ab-Soul did make it clear that it was “all peace” and called Jay the “Black God” before quoting legendary battle rapper Loaded Lux in such a way that made it seem as though the whole thing is just a sport: “You know what we came to do, you know who they came to see… It ain’t so much about my opponent as the look Ima go with.”

The offending lines on “RAW,” which are pretty clearly a defense of Soulo’s label-mate Kendrick Lamar, go like this:

“I was like a swami of Jay Electronica until he figured Dizzle wouldn’t admit that he would body him for a milli
I told Kenny keep quiet, I’ma get him/ We don’t need dirt on your hands getting the key to the city ya feel me
Hurts when your OG, who is supposed to be a G-O-D/ Is standing next to King Kunta feeling like Toby
Moos what I gotta do boy? I’m just waiting on your cue to take him to ScHoolboy!”

Watch the Complex interview with Ab-Soul below.