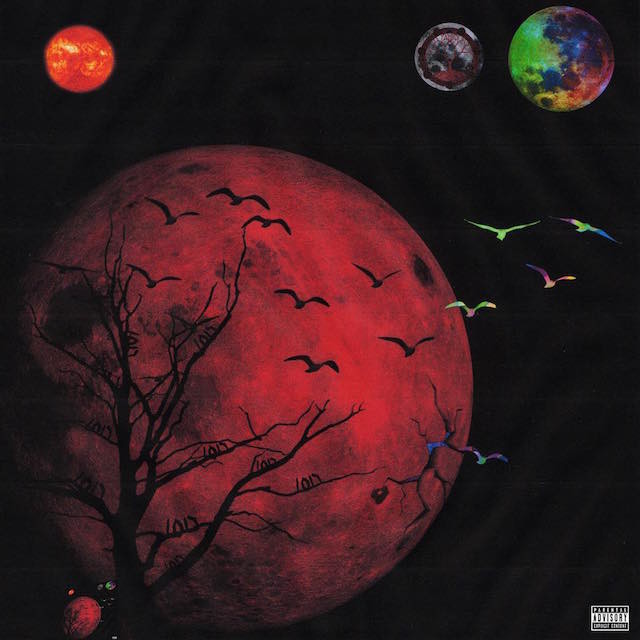 For two rappers who are separated 14 years in age, Gucci Mane and Lil Uzi Vert are competing on the same playing field for similar reasons. In Gucci’s case, he’s making up for lost time since his release from prison in May, acclimating to Hip Hop’s flooded marketplace with major label efforts Everybody Looking, Woptober, and an upcoming Christmas release, The Return of East Atlanta Santa. Guwop talked about his next year takeover during a sitdown with Travi$ Scott on .Wav Radio, which included relaunching 1017 Records and focusing on building his buzz up again. Likewise, for Lil Uzi, whose had a banner year in 2016 highlighted by mixtape releases (Lil Uzi Vert vs. the World, The Perfect Luv Tape) and earned his slot on the festival circuit proving he can put on an energetic show. Both are trying to outdo themselves in different stages in their career, and each release should carry enough impact to reflect that.

When they joined forces for 1017 vs. The World, a surprise mixtape that dropped around Thanksgiving, the excitement came from seeing Gucci and Uzi face-off as rock stars who can go bar for bar and ad-lib for ad-lib. The conversations behind their recent solo projects suggest 1017 vs. The World would be groundbreaking, but instead it produces very few bright spots here. Guwop and Uzi churn out a handful of inferior records over beats by Zaytoven, Honorable C.N.O.T.E, and Cash Money legend Mannie Fresh, lacking real chemistry we hoped to hear from a young star and a legend.

Gucci is no stranger to making collaborative mixtapes with artists (just ask Young Thug, Young Scooter, Chief Keef, and Future, who the latter just put out the 100 percent Atlanta mixtape, Free Bricks 2 (Zone 6 Edition)). But Guwop and Uzi sound like they’re trying to meet halfway with their style and aesthetic — sometimes it works, most of the time it doesn’t. “Blonde Brigitte,” produced by Mannie Fresh, a rare credit for any artist, is catered to strippers who project different fantasies (women of various backgrounds who dye their hair blonde). What made a song like Tyga’s “Rack City” so great was how easily digestible the lyrics were over an addictive beat given the explicit content. Some made-for-the-strip-club joints like “Blonde Brigitte” are overly sexual for the sake of being sexual, and it’s more of a turn-off than a fun tongue-in-cheek anthem.

The lowlights are saved by moments where a stronger vision is at play. One thing we’ve grown to love about Uzi is how he uses melody and Auto-Tune to craft pleasing songs like “Seven Million” and “Money Longer.” The opener “Changed My Phone” is a perfect example of this; Uzi rides the C-Note production with his signature jerk-and-go flow, and Gucci matches it with a dexterous verse. It’s a missed opportunity that these two didn’t challenge each other enough to make a full tape of songs like “Today” and “IN O4” because it has all the markings of what the mixtape should have been. Gucci sets up alley-oops and Uzi slams dunks by snapping on his verses.

While 1017 vs. The World undeniably has some weak points, it’s a plus the balance isn’t swayed as a Gucci featuring Uzi project or vice versa. If anything, their pairing is a promising sign that they can push out a more thorough conceptual project that lasts longer than 20 minutes. And then, to what the duo suggests, they’ll definitely be securing the bag.