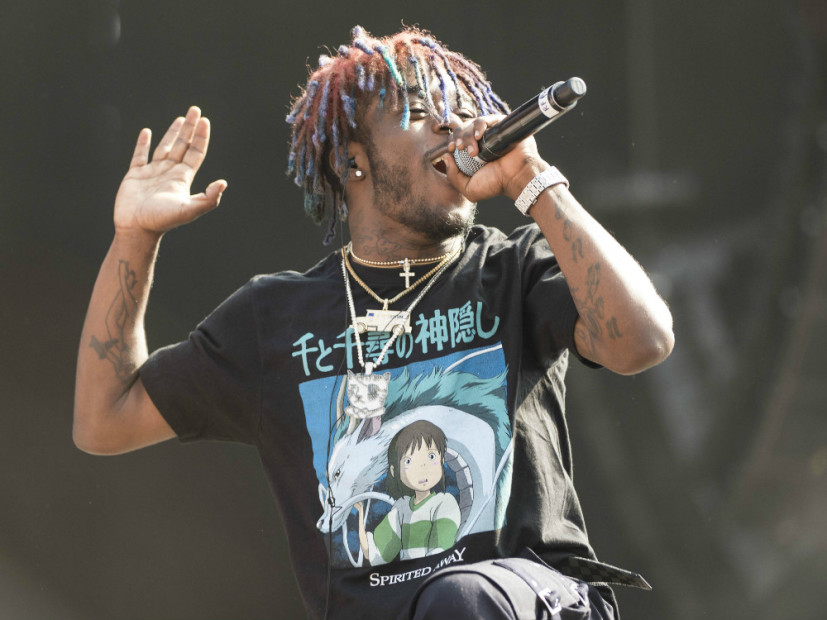 Armed with a seven-course meal for trap rap heads worldwide, Lil Uzi Vert has released his duet EP with his “big bro” Gucci Mane, 1017 Vs. The World.

Its release marks the purple-headed Philly rapper’s third project of the year and caps off a very busy week for La Flare, as he is coming off the surprise drop of his collaboration with Future, Free Bricks 2: Zone 6 Edition and made headlines just last night for proposing to his girlfriend at his local Atlanta Hawks game.

Stream Lil Uzi Vert and Gucci Mane’s 1017 Vs. The World down below.

Lil Uzi Vert might have a very strong follow-up to his Lil Uzi Vert vs. The World mixtape with 1017 vs. The World, which is supposedly a collaborative project with Gucci Mane. The Philly rapper announced the project is coming tomorrow (November 23) in an Instagram post he made today (November 22).

He also shared a clip of one of the songs to the Gram, which sounds like a certified banger.

Guwop has yet to make his own social media posts about 1017 vs. The World, but he’s been retweeting and commenting on Instagram to show his involvement. Gucci’s just come off the release of Free Bricks 2K16 with Future and is preparing to drop The Return of East Atlanta Santa in December, which will be his third album since being released from prison in May.

Check out Lil Uzi Vert and Gucci Mane’s 1017 vs. The World mixtape cover art below.