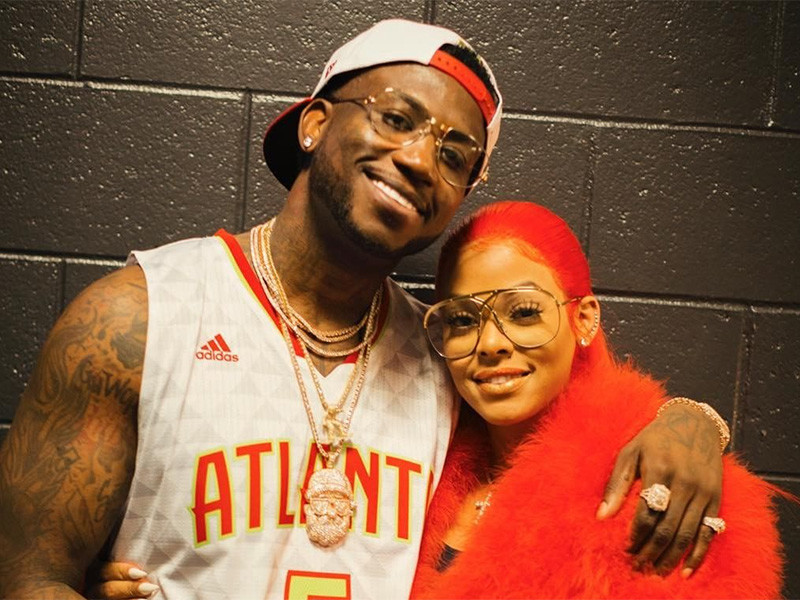 Gucci Mane proposed to his girlfriend Keyshia Ka’oir at Tuesday’s (November 22) game between the Atlanta Hawks and the New Orleans Pelicans at Philips Arena, and she said yes.

The moment started with the stadium’s Kiss Cam zeroing in on the courtside couple, much to Ka’oir’s delight. The delight turned to pure elation when instead of kissing her, Gucci stood up and pulled a box from his pocket to an eruption of cheers from the crowd and the kiss cam announcer yelling, “What’s going on?! What is going on?! Is this a proposal?!”

Championship rings aren't the only thing we play for. Congrats Gucci on the engagement!?#TrueToAtlanta #ThisIsWhyWePlay pic.twitter.com/KHNgGEDDGf

Ka’oir said yes, of course, before showing off her rock to the camera — a diamond big enough that there’s no way it wasn’t distracting the Hawks for the rest of the game.

Gucci’s Hawks went on to lose the game 94 – 112, but we doubt the Atlanta rapper will mind too much now that he’s locked down his girlfriend of six years.

Gucci has previously praised his new fiancée for standing by him throughout the madness of the past few years, including his stints in jail. He told the New York Times, “We had our ups and downs, ’cause I would mess up and do stupid junk, but she had my back through all of it.”

Long may it continue.