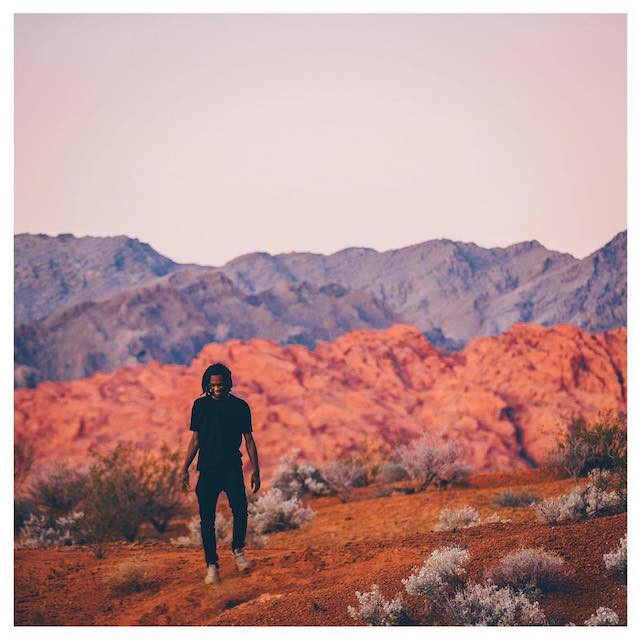 “Wear your halo like a hat, that’s like the latest fashion/I got Angels all around me, they keep me surrounded,” goes the hook of Chance The Rapper’s “Angels,” a winner off of his summerstand-out Coloring Book. The rising star has only gotten more popular in the days since, but what about the artist who recorded the hook? If you were weren’t familiar with work of Chicago’s Saba, you weren’t alone. With the release of his latest album Bucket List Project, the upstart from the city’s West Side proves that he’s far more than a guest feature.

An artful mix of poignant lyrics and a number of self-produced beats, Saba’s Bucket List Project leaves few items unchecked, paying it forward by providing a number of Chicago’s brightest young acts their own chance to shine. While they’re far from perfect, the 22-year-old’s introspective tendencies mixed with a clear focus put Saba ahead of the curve.

A winding 13-track album, Bucket List Project’s production is the constant that connects Saba’s various stories. From the infusion of lighthearted, electronic musings and 808 drums on “GPS” – featuring a co-sign from city mainstay Twista – to the dancing keyboard and guitar notes of “Church Liquor Store” – featuring one of Chicago’s most talented young artists: Noname – the pointed lyrics about inner-city struggles overtop relaxing melodies is a juxtaposition that doesn’t go unnoticed, setting a clear path for Saba.

In the latter, Saba rhymes, “Call Obama, Jesus, Yeezus/He can save Chicago from the demons and the deacons when it’s the end/Yeah, dodged precincts since pre-teens/Let’s pretend we privileged not deceased, addicted.” Painting a bleak picture of life in a city he wasn’t supposed to make it out of, Saba’s ability to tell this sad story without drifting too far into Hip Hop’s conscious sect – often doing so via lighthearted references, such as the song’s previous reference to terminal social media app Vine – sets him apart.

With a niche rooted in laid-back beats and deep, introspective lyrics, it’s when Saba attempts to swerve into other styles that he stumbles. On “The Billy Williams Story,” Saba reverts to repetition, the beat slow and catchy. Though this tactic worked well on the previous two tracks, here he begins to sound lazy, the track coming across as filler lacking the type of lyrical content that works so well throughout. This same skill — going light, airy style on “Symmetry” and invoking trap on “Westside Bound 3” — shows range but also reveals to be his greatest vice. It may hurt Saba in the short-term, but his overall willingness to experiment bodes well for his future.

An album that lands somewhere between the playful, youthful exuberance found on the “bucket lists” (see his Chicago rap peers appearing at the end of tracks via voicemail), Bucket List Project is a project ripe with the type of creativity that could one day land the artist among the growing list of Chicago’s Hip Hop greats if he continues to focus on his strengths.