Review: Joe Budden Crafts The Album His Career Deserves With “Rage & The Machine” 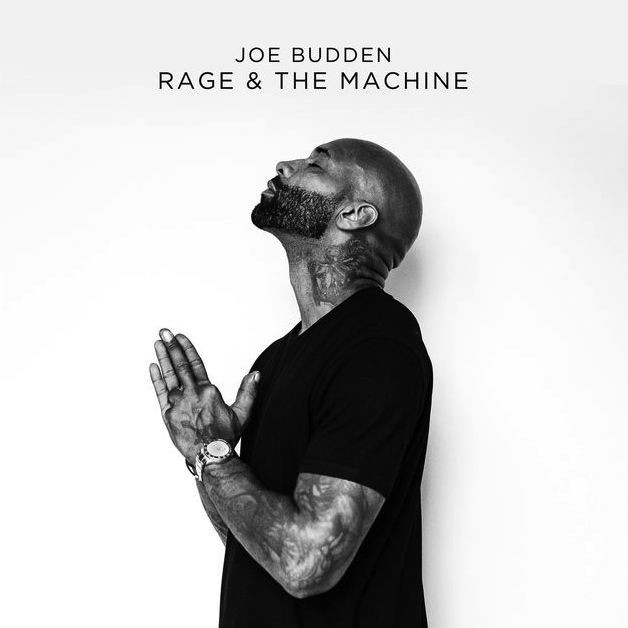 Joe Budden’s name has been popping across the internet this year, regardless if you believe he did it to himself or just got unreasonably meme’d out of social media savagery. So it was only a matter of time before he dropped a full-on retaliation project where he is sneakily flipping everyone the bird on the cover art. Rage & The Machine is quite literally the theme music to Budden’s crusade against a generation that knows him more for chasing kids down the street with fistuls of rocks than for microphone fiending. But instead of Joe spitting raps like a hurt, emotional train wreck he actually fires back at the naysayers by making a tight project that covers a lot of different bases – not just the “Drake is my nemesis” angle.

His last go at an album, 2015’s All Love Lost, was moody, narrowly focused and the Hip Hop equivalent of a somber Hallmark card – a side of Joe that became the internet’s go-to punchline. Rage & The Machine is still a highly emotional affair but just without the mopiness. For the first time in a while, Joe seems moderately happy, or at least level-headed. “I Wanna Know” sounds like Joe took a deep breath, realized that there is more to life than beefing with rappers half his age and spit his verses with a giant smile on his face. Talking to his son, Budden states “So right now I stand in a place I never stood before/Finally filled the void in my life” and “Now it’s better than we pictured it’d be” which is oddly optimistic for Jump Off Joe Bad Mood.

There are still aggressive tracks on this album like “Three” and “Uncle Joe” that both carry a similar cadence to his slew of Drake diss tracks but his crosshairs aren’t pointed at anyone in particular; just those who claim he’s too old to be a rap force. His “back in the day” bars do however, ricochet towards newcomers as Joe draws a comparison between then and now: “Y’all hear Post Malone and think of White Iverson/I think of Karl and how he could’ve got the title won.” Joell Ortiz helps him really put the nail in all the millennial trolls’ coffins with the brilliant back and forth “Serious.” The bar brigade has both Slaughterhouse members racing back and forth between lines about seriously bodying everyone and lines like “I’m on my Luke Skywalker, get your Jedi spun/I’m on my DMC, I hear them things rev, y’all run” is their proof. Joe doesn’t pitch a perfect game here though. “Wrong One,” however, sounds like a synthesized temper tantrum that was caught on wax. Angry Joe can be a lyrical messiah but sometimes the aggressive delivery gets real Cookie Monster-like. Luckily, the record is the only absolute skip on the album but an absolute skip nonetheless.

As Joe refers to himself as the “rage” portion of this album, AraabMUZIK plays the role of “the machine.” All 11 tracks are exclusively produced by the longtime go-to beatsmith for East Coast raw spitters and he confidently makes each one unique. Rappers always run the risk of sounding boring using the “one rapper/one producer” formula but Joe and Araab switch up the tempo, content and feeling almost every song. Araab, who is a drum machine genius, pulls back on the heavy MPC tip and lets some samples do the work. See a record like “I Gotta Ask,” which employs beautifully interjected bits of Jay-Z’s “Hard Knock Life” beat and Joe even grabs a couple lines from Hov and flips them The Garden State way: “Look, standing in the cypher rocking/To driving some of the hottest cars New Jersey’s ever seen/To dropping some of the dopest mixtapes that you ever heard.”

When you aren’t lusting after the model girlfriends in his life or trying to turn him into a meme, it’s clear as day that Joey can still rap his ass off. And with those time-tested skills, he delivers a robust LP that should make all rap fans stop and appreciate the bars for what they’re worth.