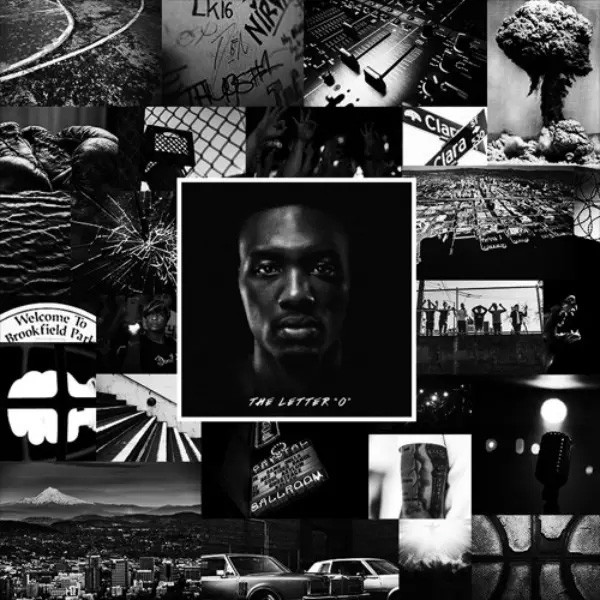 It may be true that the 2013 NBA Rookie of the Year/2x All-Star can string together bars better than his peers who participate in the Instagram #4BarFriday, but he has yet to prove he possesses the lyrical rawness of Allen Iverson or the commercial viability of Shaquille O’Neal. It’s his debut offering, The Letter “O”, that stands as the litmus test for the fortitude of his artistry.

Recording under the moniker Dame D.O.L.L.A. (a spiritual acronym that stands for Different on Levels the Lord Allows), the 13-track album — which splits its time between modern-day Christian rap and instilling life lessons — teeters on the line of being boring at times but still adds color to the 26-year-old baller’s growing narrative. Like every up-and-coming MC, he relives his humble rippin’-and-runnin’ beginnings as heard on the jazzy “Wasatch Front” — an ode to his college days that paved the road for his professional hoop dreams.

Lillard possesses an organic knack for storytelling as detailed on his glowing tribute to his grandmother, “Thank You,” which is backed by a sultry Marsha Ambrosius chorus, as well as on album opener, “Bill Walton.” Named after the Trailblazer legend, the record finds Dame asserting his intention to be the greatest against any obstacles, as he wastes no time referencing his highly publicized 2016 All-Star snub (“All-Stars, I should have three by the name/They say I cried about not makin’ it/It’s free to complain”).

Even with the currency-induced nickname, D.O.L.L.A. and his pristine alto vocals are never flashy, as he keeps his rhymes clear of parental advisory flags or any over-the-top innuendos. (A feat NBA Commissioner Adam Silver can surely appreciate.) Kiddos can aim to be like Dame through his high-wisdom lyricism heard on “Misguided” where he warns of fake friends and vanity: “They say it’s harder for a rich man to go to heaven than it is for a cow to go through a needle, damn/I pray the Lord keep his arms around the famous ones/From the folks that’s aspiring to those that made a ton” over an esoteric instrumental. He even gets ruminative saluting his faith on “Baggage” with lyrics like, “I started peeping that Jesus really the reason/I’m healthy every season and protected from the demons/And gold-digging women/That’s plotting all on the semen…”

The problem with The Letter “O” isn’t the repeated “keep-your-nose-clean” message but more so the mid-tempo production and absence of any airtight melodies. Even with impressive hook showings from Raphael Saadiq, Adrian Marcel and Ambrosius, virtually every song packs tranquil vibes that don’t complement the lyrical content. It isn’t until a pair of Hot Boys arrive on the court that Dame ups his delivery’s adrenaline, as if the competition elevated his game. Juvenile blesses the hypnotic subwoofing on “Legendary” and the Dame deadlocks with Lil Wayne on “Loyal to the Soil,” which both inject a bit of hype into the subdued LP.

And while Dame’s rap talents are unquestionable, his pop ear muscles could still use some training camp love. The Jamie Foxx-featuring “Plans” comes off as an obligatory chick joint with corny lines only compensatory with a sizable bank account. “I being making plans/Come and look at my planner/I can spoil you with gifts/Come and sit with Santa,” he shamelessly beckons. Nah son, nah. Ditto for its simpin’ counterpart, “Pillow Talk.”

On Day 1 of the 2016-2017 NBA season, Lillard hit a Michael Jordan-esque milestone by getting in the ass of the Utah Jazz with 39 points, nine rebounds and six assists, so a full-time career change seems unlikely at the moment.

The Letter “O” isn’t quite strong enough to earn him a Hip Hop Maurice Podoloff Trophy but it’s still commendable to hear an MC with the ends to brag heavy attack another creative angle to get their point(s) across.