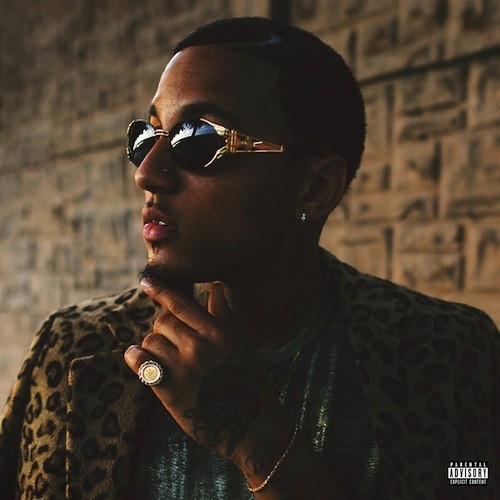 Attempting to write a Kirko Bang review without referencing “Drank in My Cup” is damn near impossible considering the single is his only signature hit. Let’s face it, the overabundance of his era’s post-Drake sing-song renaissance hurt his ability to stand out. Despite that, Kirko has grown a significant fanbase that’s over half-a-million on Twitter and Instagram. How? By pumping out material that reaches specific angles of his fans. Those wanting the more Houston rap centered joints have his Progression or Procrastination series to hold them down. Following his label journey from Warner Bros. to Atlantic and now current Fetty Wap and Young Thug home 300 Entertainment, he made a resurgence in early March through the female orientated Playa Made EP. By stylistically streamlining his sound, his second release of the year in Back Flossin has him relinking with “Drank in My Cup” producers Sound M.O.B. for a step in the right direction in making himself a truly identifiable individual.

Per usual, Kirko releases are really only two types of subject matter that matter on Back Flossin: money and women. Almost midway through the project, “Aaryn’s Interlude” becomes the project’s only thematically deep moment. “I don’t know what type of direction to go / talk about the hoes or election I don’t know / I doubt it / I’m stuck between all this political shit and saying fuck the world and being on some political shit,” he raps with an honest unsurety. Artists have tackled that dilemma for ages. The problem is that he’s necessarily not good at blending commentary with sheer ratchetry his peers such as Ty Dolla $ign have made a killing from. A shame too. Previous singles like “Rich” or even “Negus” prove how much depth in terms of subject matter he’s capable of.

Kirko is best at home when he’s on the Houston player shit that worked well enough Playa Made. Sound M.O.B. using Ginuwine’s “So Anxious” for “Drunk” serves as a better example of just that. When Kirko goes full Fetty Wap on “Love 2 Trap,” it sounds like a second-rate “Trap Queen.” A cringeworthy nod to Beyonce on the track when he sings, “My bitch in the Bey-Hive” doesn’t help either. Kirko goes full Drake on “Yeah-Yeah” that fits perfectly on anything the 6God would produce. Tracks like “Send Me Those” prove two thing about the project, Sound M.O.B. are the real stars and saving grace of Back Flossin and “mumble rap” is really catching on for better or worse. He can hold enough of a tune, yet doesn’t vocally go in unique dimensions like Thugger. “Throwin” serves as the mixtape’s entertaining turn-up moment. Sound M.O.B. increases the tempo and Kirko suitably goes in.

Though Kirko’s artistic progression hasn’t reached the pace of Sound M.O.B.’s diverse abilities, Back Flossin serves as an interesting moment for those already fans of the Houston rapper/singer.