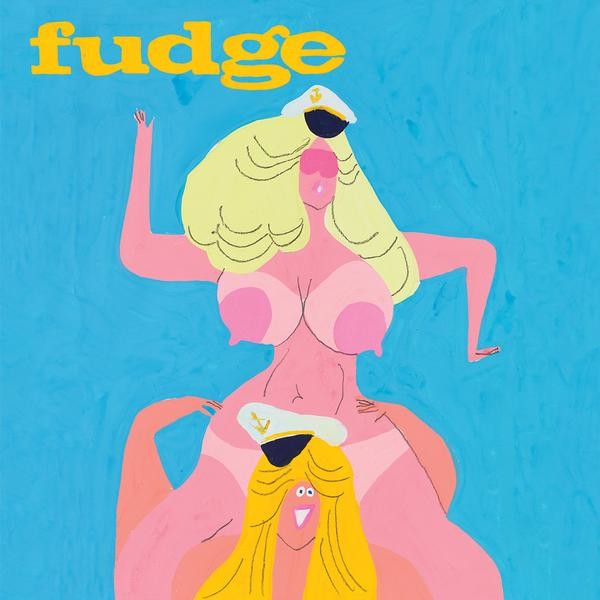 Refusing to become a victim of one-dimensional branding, Boston’s Michael Christmas is relatable to subscribers from numerous walks of life. True to himself at all times, he speaks for doubt riddled adolescents stumbling their way into adulthood, meanwhile, adults with a fetish for pure emceeing embrace him despite his being raised in the internet’s post-Soulja Boy era. Combining forces with the prominent and limitless Prefuse 73 (known for production work alongside quirky underground legends DOOM, Ghostface Killah and El-P), the Fudge outfit allows the two an opportunity to transcend their comfort zones while monetizing this expansion with the backing of indie powerhouse Lex Records.

Given a chance to live out their hearts’ desires creatively, Lady Parts is Michael Christmas and Prefuse 73 attempting one of 2016’s bravest undertakings so far. Fusing the thoughtful nature of Michael’s 2015 long player What a Weird Day with the free spirit of this past spring’s Baggy Eyes EP, this project is different from anything he’s ever done while established fans will recognize his trademarks sprinkled throughout. “Crash” remains a logical continuation of his introspective rollercoaster theme, with Prefuse 73’s tribal backdrop as the soundtrack to Christmas’ life flashing before his eyes amidst getting into a devastating car wreck. As if that weren’t enough of an unconventional album start, on “Young Vet” he takes the bold risk of developing his own pocket where it could seem he had trouble floating over unsteady tempos.

While technically classified as Hip Hop for all intents and purposes, it’s fair to assume the rapper and producer behind Lady Parts have their sights set on greater innovation. “In My Shoes” features lighthearted boasts over a dancehall rhythm that blossoms into a slapper far ahead of its time, but this standout is compromised by other moments of imperfect synergy. The trap laced production of “All Points South” overpowers Michael Christmas, with D.R.A.M. stealing the show as his distinct vocal pitch has been known to do. If intentional, the drowned out bars on the trancelike “Kids Kill” can still be received as another acceptable byproduct of exploring uncharted territory. On a more organic note, “These Saturdays” describes the 22-year-old goofily feeling like Yung Joc, fighting through a hangover and avoiding police harassment, all of which make sense to anyone well versed in his catalog to date.

Taking steps to advance his career without compromise, Michael Christmas uses Fudge’s Lady Parts to make what’s arguably the greatest showing off his talent to date. An incessant ball of energy, he’s prone to weaving humorous references and background ad-libs not limited to Chief Keef, Ja Rule and Rae Sremmurd, a likely preemptive means of not taking himself too seriously in the booth. Hopefully, this release isn’t just a one-off, as it clearly indicates promising potential for future collaborations with Prefuse 73. Together they’ve made short montages of rhymed thought suitable for a rave rather than fully realized songs, but this experimental turn and the duo’s chemistry is sure to pay off and introduce Christmas to a new audience altogether.