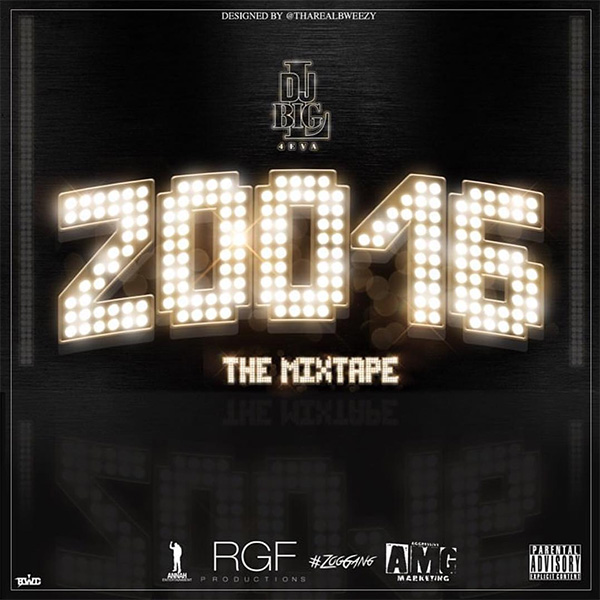 Zoo 16: The Mixtape is a continuation of the content blitz Fetty Wap began in 2015 when he came out of nowhere to become a bona fide hitmaker. Too bad his new project with his Paterson, NJ Zoo Gang just flat-out sucks.

The mixtape has sparing moments of decent beats and aggressive spitting but largely serves as the latest cautionary tale of why artists shouldn’t attempt to put their crew on by making music with them. Showing up to the studio with talks of guns, women and drugs over heavy bass will not fulfill the requirements.

The brightest spots on the free release come courtesy of old Fetty anthems that are remixed, and poorly so at that. (Blame the tape’s hosts, DJ Big L and 4eva.) On the third track, “My Way (Zoomix),” the No. 1 hit is butchered to vocal oblivion that inexplicably features the “Bitch, Don’t Kill My Vibe” in a move straight out of Garageband.

“Death Before Dishonor,” has the advantage of Fetty’s enchanting voice but the amateurish gun sounds and incorrect sound levels–in between screaming the Ed Hardy slogan are an earsore. Soloist Blicky kicks things off with a solid opening on “ZOO16 Freestyle” with lyrics, “I’m here to warn ‘em, I’m sort of a beast/Bitch you can call the police/The way I stab up and slaughter the beat.” Monty also his shows off some the techniques he learned from his close proximity to Fetty on the somewhat catchy “Hit Something.”

Aside from a few exceptions, Zoo 16 continues down an unbearable path, for roughly ten consecutive tracks. After becoming a household name last year, the Remy Boyz squander an opportunity to hop on the success train with “One I Want,” an obvious crossover ploy that gets lost in a warbled singing mess. Additionally, when the placeholder Zoomix for “Again” surfaces, it offers the listener a bit of familiarity, but the remix arrives worse than the original, defeating the purpose for its existence.

After exploding on the scene last year, Fetty Wap continues to make poor collaborative decisions, first by missing the mark with French Montana, and now with this low quality mixtape. While the spirit of this endeavor is admirable, Fetty is diluting his catalog at a focal point in his career where relevancy is key. No rapper should forget their hood but Fetty should should aim to work with artists that best suit his skill set.