The Doppelgangaz - "Beats For Brothels Vol. 3" 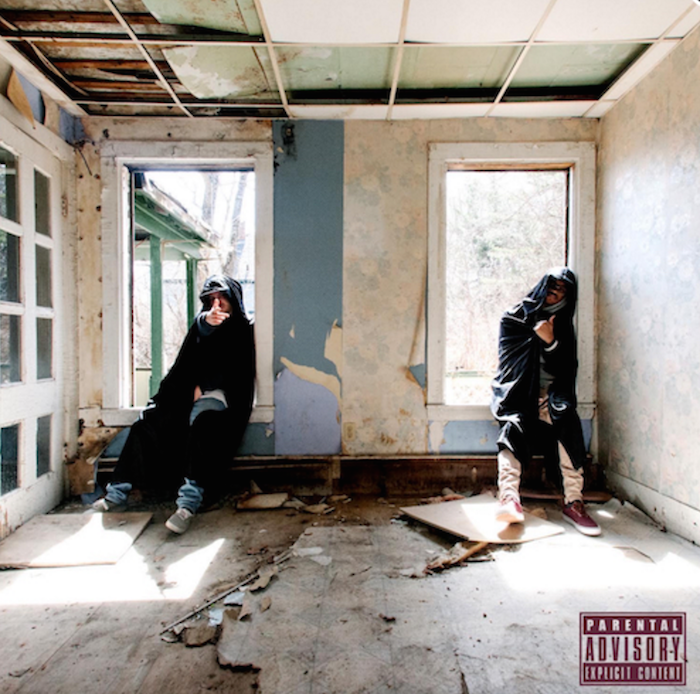 The Doppelgangaz are going to come across as a little weird to those who don’t know them, but that’s OK. Their loyalists get it all—from their sordid rhymes, to the black cloaks that they wear during their performances and music videos.

The Orange County, New York-bred horrorcore duo dropped their first record in 2008, working until their European fan base blew open with their 2011 sophomore release Lone Sharks. Since then, they’ve used their DIY approach—the “Black Cloak lifestyle,”  as they refer to it—to drop self-produced albums, music videos, and album art, wearing black cloaks throughout. Their “sharks,” or fans, eat it up. Their latest, Beats For Brothels Vol. 3, keeps the rhythm going.

On the first song of the album, “H.I.T.H.,” member Matter ov Fact rhymes, “a Ganga’s world and your world, that’s two worlds apart.” The lyrics are a perfect intro to the record—Matter and EP craft a crummy, dilapidated world that may be jarring to the uninitiated. The aforementioned single alone conjures images of leaky tubs, tick checks after footjobs from women in the woods, and thoughts of Japanese ritual suicide. The images continue through the album. Oddball trysts with amputees and women “kinda looking like an ogre;” squalid accommodations and stomach-turning food. Whether the rhymes are fantasy-based or real occurrences, it definitely lives up to the “Beats For Brothels” title. Their lyrics rarely tell full stories but instead capture candid snapshots and vivid vignettes that mirror the irregularity of bouncing between brothels. The lack of structure can make things difficult to follow along, but it goes down easier if you digest one line at a time instead of struggling to piece everything together. The duo’s grungy picture-painting, personable self-deprecation, and clever vocabs and wordplay keep things interesting. “No Benjis, all I’ve got is a rip(ped) Hamilton,” Matter ov Fact blithely tells a would-be golddigger on “Country Fried.” On the catchy “Cloak A Ganga Out,” EP slyly rhymes, “Fact told me stop working as an escort, and let me know when you want to start an S corp.”

For all the divisive rhymes, there are also instances of accessible interest. The lifestyle is niche, but anyone can relate to the loyalty and confident individuality of the anthemic “Cloak A Ganga Out.” Most people have gone through the depressing, groundhog’s day repetition that The Doppelgangaz complain about on “Shark Everybody,” even if their idea of monotony is completely different from the listeners’. Those times of building connection, even through such divisive styles and subject matter, are special moments. The duo’s diverse self-produced sounds—twangy guitars on “Country Fried,” gloomy piano keys of “Ya Dun Know,” bouncy-yet-haunting organs on “Ehhwhere I Go”—provides variety without losing cohesion. The pacing of Doppelgangaz’s song structure makes the disc’s short 34 minutes move along even more quickly.

New listeners, especially ones with faint stomachs, will have trouble latching onto Beats For Brothels Vol. 3. The images and rhyme styles take time to adjust to, and the duo’s voices can sound drab and unanimated—a good match for their deadpan humor, but boring within a vacuum. And “Know That’s Right” is a little too abstract, even with the group’s already-eccentric style. But The Doppelgangaz’s picture is crystal clear if you give it time to develop.