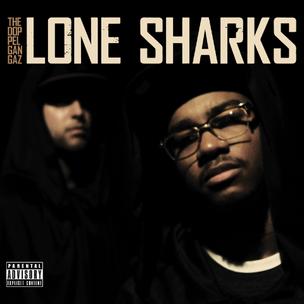 Spreading their “Doppel Gospel,” the cloaked duo called The Doppelgangaz (comprised of EP and Matter ov Fact) are two lone sharks on a strict mission: to frequent brothels, indulge in the less-than-desirable women they lovingly call “peaches” who pursue them, and to dive in dumpsters for new hats. Somehow in the midst of all of this, The Doppelgangaz managed to create quite an album, which of course they titled Lone Sharks, giving followers (“sharks” and “sharkettes”) a glimpse into their uniquely nomadic New York lifestyles.

Sounds crazy? Well, it is. Perhaps even crazier than the honestly off-kilter admissions of their vices is the structure of Lone Sharks. Entirely devoid of lyrical features and produced entirely by themselves, Lone Sharks showcases two young emcees who also double as producers and appear to have a bright future ahead of their dark cloaks. Production is laid-back yet sinister, conjuring up memories of the early-to-mid nineties. Flows are abstract and rhyme schemes complex, with both lyricists showing an impressive grasp of vocabulary. A subtle static surrounds most of the tracks, an undoubtedly intentional executive decision, leaving the overall sound unpolished and raw. Trends are shunned by The Doppelgangaz as they seem to follow no rules, carefully walking the thin line between individuality and gimmick, emerging victorious on the side of remaining distinct without setting their own expiration date.

Showing off their production skills as well as their bars (their production credits include a Lil B track), the album flows track-to-track with many instrumental interludes serving as palate cleansers. Coming out on top is the interlude “Lush,” an alcoholic’s anthem based around a vocal sample of a woman claiming she’s always drunk, which leads into the standout track “NY Bushmen.” The two have a habit of rapping about themselves in the third person, and emcee EP exemplifies this as he rhymes, “It’s been a while since he spent a thou on a peach, style’s low brow within reach, to each his own, prone to drop idioms, roam the unknown near stone of obsidian, hold the phone, tell ‘em don’t stop to pity him.” Matter ov Fact also uses the same point of view to talk about himself on “Dumpster Diving” as he spits, “Matter ov Fact a nomad, during the struggle he lost a gonad, catch him with a flask at the venue, with intent to dine and dash asking for the menu.”

Sure, they wear cloaks and pour out a little bit of rubbing alcohol in their videos. Yeah, Matter ov Fact admits to digging “unsightly” women simply because they’re into him. But the two can kick some serious bars over some equally serious beats. Lone Sharks is the type of album capable of propelling their name and lifestyle to a respected level in underground Hip Hop. At first glance the whole concept seems nonsensical, but after a few spins listeners may actually start believing that cloaks are back in style. 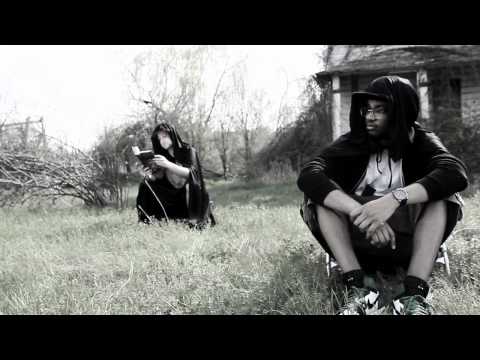