Angel Haze - Back To The Woods 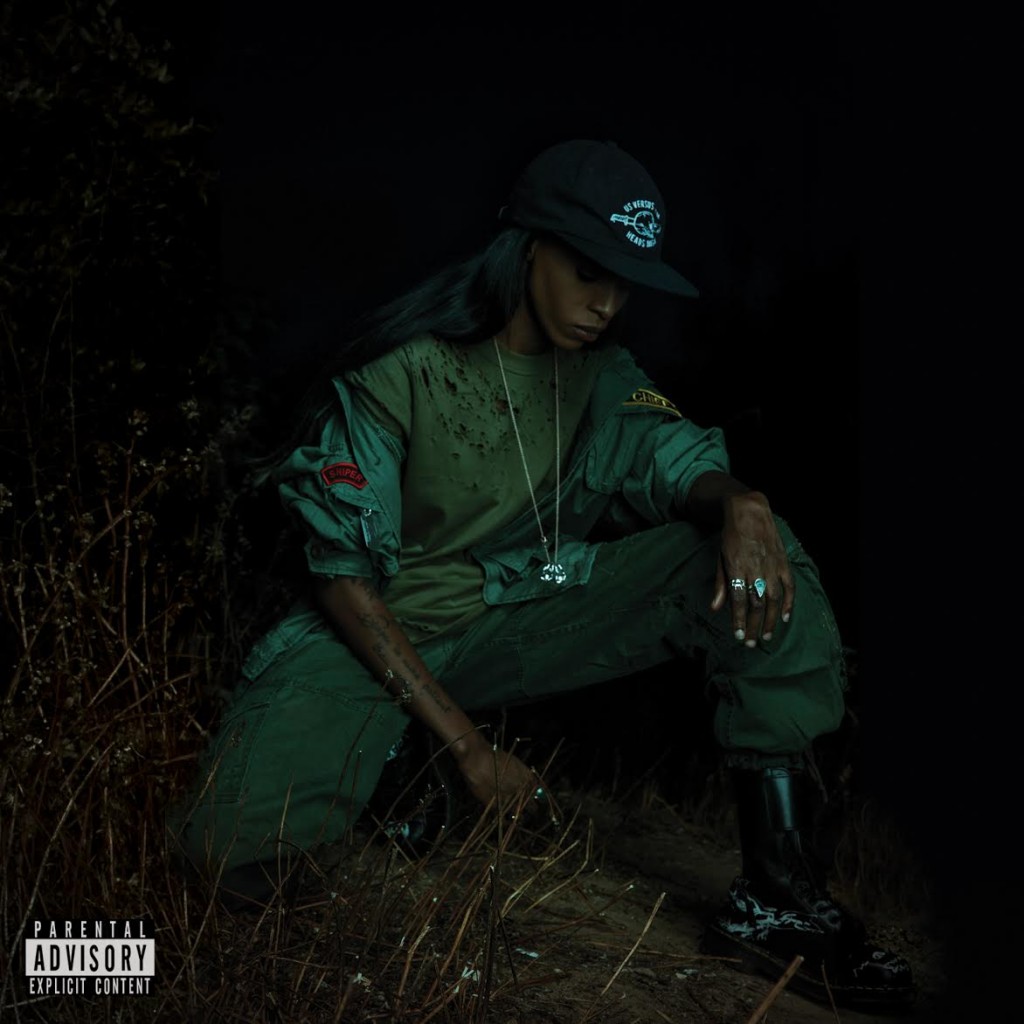 As a military brat who just survived the breakup of a long-term relationship, it’s only appropriate that rap’s iconoclastic lone wolf Angel Haze title her second album Back To The Woods. The title is exactly where she’s headed in order to commune with her growing pack of faithful followers. In 13 tracks, rising producer Tk Kayembe(who produced her breakout track “Werkin Girls”) proves himself willing to work hard to meet the arduous task of bearing the emotional gravitas of one of hip-hop culture’s most direct, aware and stentorian voices. While far from perfect, this album is an incredible portrait of a soul yearning for love, and a woman desiring to be a leader. At odds with the rules of the game she plays and the life she leads, she successfully digs deeper than ever before and finds the strength to soldier along her artistic path.

Flows are a big part of this album. As compared to her debut release Dirty Gold, Haze digs into her bag of tricks and her voice travels from the East coast to sample the best that Atlanta has to offer, and more. On the album’s second track “Impossible,” Haze says that she recently “opened her third eye,” and that upon doing so that she “considered suicide.” This is delivered in the midst of Haze’s traditional old school-style New York b-boy braggadocio flow, which rides Tk Kayembe’s UK grime-style production that rumbles and thumps, but features staccato drum loops that create a flow that when used with conversational bars sounds like more arguments than bars.

Haze’s unique upbringing never really gets discussed as being a part of what makes her an uneasy fit in any category. She’s a jack of all trades and a masterful storyteller too, but because her voice has the ability to bend to so many timbres and cadences, she’s hard to nail down to a space and place. “The Wolves” features a definite ATL swing, the Lil Jon feel to Haze’s bars standing front and center. “Babe Ruthless” has OG Maco-like ratchet trap flows, and when wanting to get hyper-lyrical and spit her hardest, her UK grime-influenced style rears its head. If Haze were still a mixtape artist, this would be entirely okay and certainly fun. However, when recording albums, there’s a certain level of streamlining necessary as Haze’s acrobatic style is impressive but, maybe too much to be presented in a manner where artfully fitting inside of boxes is to her benefit.

Haze is a singer too, and as a producer working with a balladeer is where Kayembe shows his flaws as a unique creative force on this album. Haze does her best to uniquely spell out her angst regarding her inner demons (rumored to be in regards to a recent breakup with Ireland Baldwin). However, when the swirling trap percussion meets minor key synths guide the production style of tracks like the story of “a beast from the wild [wanting to] be tamed]” of “Moonrise Kingdom” or similarly-styled tracks like “Eulogy,” “Gods” and “Dark Places,” it all bears a feel similar to the Jamie xx-style future bass that Illangelo creates when working with The Weeknd. For as much as Haze’s gut-wrenching heartache is explored here, the parallels to The Weeknd’s just-released Beauty Behind The Madness are so significant that it somewhat waters down what could be Haze’s strongest vocal performances of her career-to-date.

Moreso than any one standout song, the album’s greatest success is that Haze has successfully found a thematic device upon which to base the rest of her career. The wolf allegory that she makes to herself on this release is brilliant. The album’s best song could be “Dark Places,” a track where Haze-as-lone wolf searching for her pack truly explores deep into her soul and dredges up lyrical diamonds like “I don’t have one soul I trust, I feel like empty is safer than love.” For an artist whose initial career success came from repeated success in excelling at levels of sharp-tongued and swagged out self-aggrandizement that would put both MC Lyte and Lil Kim on alert, digging deeper and maintaining excellence showcases the skill Haze has grown as an emcee.

Prior to releasing Back To The Woods, Angel Haze was a one-trick pony who in her trick being that she was a hyper-lyrical and battle-ready female emcee gave her enough advantages to get by. However, through heartbreak, Haze has had to plunge deeper into herself to discover the will to still create when your public facade has been broken in two. In an artist exploring her brand new self pairing with a producer doing his best to pair up beats with her wild new imagery, this one never quite meshes, but is yet still impressive enough to sit back and marvel at the emotive and lyrical force that Angel Haze is evolving into. While not her breakout moment, she’s well along the path where it’s certain to come soon.