Angel Haze has released the cover art of her forthcoming Dirty Gold album.

The collection is expected to be released in 2014 and may include the singles “No Bueno” and “Echelon (It’s My Way”), both of which were released this year.

In an exclusive interview with HipHopDX last year, Angel Haze said what inspires her artistically.

“My inspiration is really great songwriters, like I love Lauryn Hill,” she said. “I love Drake and Nicki Minaj because they kinda came out around the same time and they were still fresh: the old Nicki Minaj on the stoop and the old Drake from Toronto and also raw. When artists start off they give you the real them and then they evolve into whatever they have to be or whatever they’re destined to be. So for me, Jason Mraz and Train and all of those people who really write good music.”

The Dirty Gold cover art is as follows: 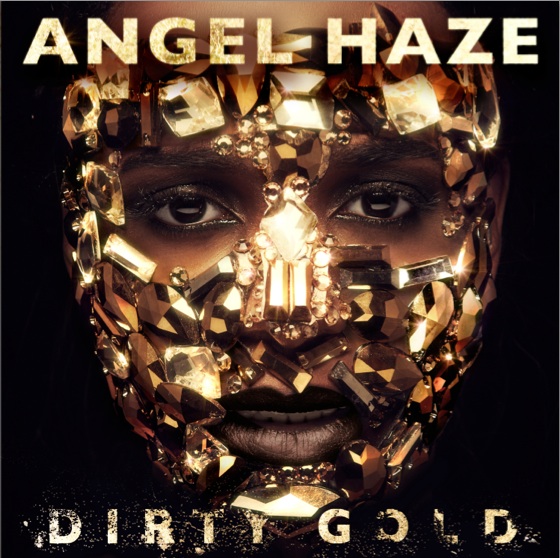 The videos for “No Bueno” and “Echelon (It’s My Way”) are as follows:

UPDATE: Angel Haze told HipHopDX via Twitter that her album is set to be released March 3.

UPDATE #2: After leaking her album yesterday (December 18) due to label frustrations, Angel Haze has announced that Universal Republic is slated to release Dirty Gold December 30.

“Behind every rebel is a fucking reason,” Haze said, according to complex.com. “Just want to say thank you guys for your support today. Thanks to those who heard the album and fucked with it. Thanks to everyone who stood up for me. My labels didn’t think that I would do it, but I did. It’s hard to put at risk everything I’ve spent this year working on but I had to for both me and you guys. No one should ever be afforded the opportunity to fuck with your dreams. REGARDLESS OF WHO THEY ARE. They do not own you or your faith or your future and because of what you guys helped me show them. My labels have agreed to release Dirty Gold December 30th. Uk & US. (Rest of the world, we are coming for you as well). Thank you all. Night.”

Dirty Gold’s tracklist can be found below.

UPDATE #3: Angel Haze has released her Dirty Gold album sampler, which can be heard below.

UPDATE #4: Haze’s Dirty Gold is available for streaming via Spotify.