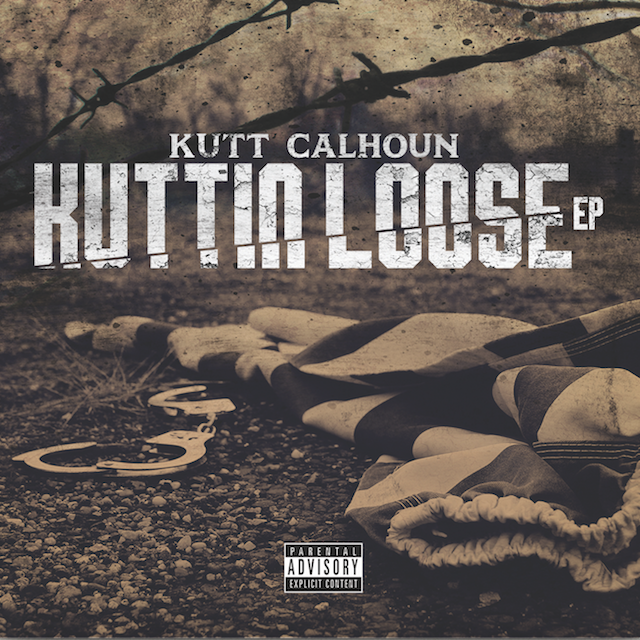 For someone who essentially helped build Strange Music, Kutt Calhoun seemed totally fine playing background to Tech N9ne while slowly growing his own dedicated following. The Kansas City representative released several solid albums on the label ranging from debut B.L.E.V.E. to fan favorite Raw and Un-Kutt. By the time he dropped his last full-length project Black Gold in 2013, label frustrations led to Kutt leaving Strange Music nearly a year later. Starting his own imprint symbolically named Black Gold Entertainment, many wondered how the Red-Headed Stepchild would fare outside the safety net he called home for over a decade. From the sounds of his first project as a free man, Kuttin Loose, he’s doing just fine. The eight-track EP can only be described as one helluva warm-up; allowing Kutt to become personal and slightly more poignant.

Kuttin Loose has Kutt exhausting every single aspect of his character into 34 minutes of one wild yet, sometimes uneven ride. Opening track “Guillotine” is a warcry that serves as a grand first impression to his reinvention: “Yeah back from the dead, what became was new to me, left a crack in my head, my nigga ain’t the same as he use to be, escaped capture and fled, left behind the pain and the jewelry, now it’s off with they head, for trying to talk down at the eulogy.” That new found level of confidence continues on following track “Shooting Gallery” featuring Tali Blanco. Immediately kicking things into fifth gear, the EP’s second track is clearly the album highlight as Kutt’s delivery is as aggressive and explosive as ever.

Kutt wisely uses his new level of freedom for some unfiltered moments, making Kuttin Loose more than just a handful of tracks. “Handz Up (Shut Sh*t Down)” has him giving his view on today’s hot topic of police brutality. Socially, Kutt speaks his mind on the emasculation of Hip Hop on “State Ov Emerge N See.” In fact, though no names aren’t mentioned, this line may lend itself to an obvious target: “Damn, is this what Biggie and Pac died to look forward to, a bunch of you niggas swagged out dressing like whores do, calling niggaz yo hubby, rappin’ high pitch like girls do?” It’s effectively vicious, comical and all around serious.  Agree with Kutt’s ideas and methods to combat the issue or not, the emotions are real; therefore, believable.

That doesn’t mean Kuttin Loose doesn’t have a few blemishes. Blending one of Hip Hop’s go-to samples, The Fearless Four’s “Rockin’ It” with DJ Mustard’s “Rack City” sounds like an intriguing generational blend on paper with “F*ck WIth You The Long Way” featuring Ava Mercedes. However, the production gets into the way as if Kutt is fighting it. “On Fleek” just sounds like a failed attempt at radio play with its usage of today’s most used internet term.

Thankfully, Kutt is at his most honest and focused on Kuttin Loose closer “On My Own (I Got You)” where he fully reveals his human thoughts on leaving Strange Music. Leaving such a giant was a bold move, trying to operate one’s own label was even bolder. Those risks pay off quite well in a solid first effort from a newly regenerated Kutt.