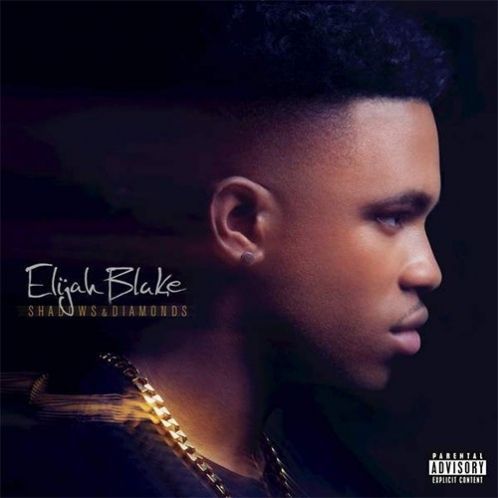 Roughly halfway through Elijah Blake’s full-length debut Shadows and Diamonds, certain explanations relating to how good it is makes absolute sense. Released under No I.D.’s Def Jam imprint ARTium Records, the album is an accumulation of Blake’s sharpened writing chops. This is the same songwriter behind Usher’s “Climax” Rihanna album filler “No Love Allowed,” and contributing vocals to Rick Ross’ “Presidential” and a host of others artists looking for honest motivations. For his own release, he attempts to do what he did with those artists and dive within himself. With the aid of productions that recall the best of what many love about The Weeknd’s work with Illangelo, Blake crafts an oversexed journey into his Freudian id. As Blake unfurls his skills as both falsetto singer and virtuoso songwriter, Shadows and Diamonds evokes an entertaining recording that takes wild twists on fairly familiar themes. Aiming for greatness, the album settles for being an ear warming and hour-long diversion.

Thematically tying the album’s story together is Blake’s fictitious girlfriend discovering his infidelities via poking through his cell phone. This is revealed after “Everyday,” featuring self-aware lyrics including “never trappin out the bando” and features morose production that puts him right in line with the PBR&B sect.

As Shadows and Diamonds’ narrative progresses, the album’s protagonist surprisingly realizes his girlfriend has decided to partake in a girl/girl tryst with the other woman on “Otherside.” Yes, this plot development bears a striking similarity to Ray Lavender’s 2007 radio hit “My Girl Gotta Girlfriend.” The response from Blake involves him stalking the lascivious duo at the end of Texas Trill meets dubby future bass journey “Drop Dead Beautiful,” a much less than fanciful moment. Extrapolate this over the rest of the album, Shadows and Diamonds becomes yet another moment where rhythm and blues is successful in digging through the mindset of a The Jerry Springer Show guest.

The album’s standout moment comes from its current breakout single, “I Just Wanna.” Like a huge bulk of Shadows and Diamonds, No I.D. takes on production responsibilities. For Blake’s smash hit, plaintive minor key synths are in the lead while the familiar sounds of 808s signify another trap ballad underneath. Falling between Mr. Tesfaye’s darkness and Trey Songz’s timbre, the Florida-native croons about an accessible theme; getting inebriated with his hard-working lady. Thankfully, it works.

Four sequential tracks close Shadows and Diamonds. “Drop Dead Beautiful,” “All Black Everything,” “Armageddon,” and “Angel Dust” may be the most beautifully written lovelorn ballads in recent memory. Interestingly enough, there are moments where one may realize each follow similar constructions and performances while feeling fresh. That’s a testament to how good Blake’s songwriting is.

The saddest take away from the twelve track project is a feeling that many albums from songwriters present. Yes, there are times where Blake comes off as someone who may have given away his best material. His voice tiptoes through productions as cadence and vocal effects placed on those above average pipes bear a striking similarity to artists he’s probably inspired. Traditionally, songwriters oftentimes sing raw versions of songs written over tracks that will eventually bear the vocals of the artist the song is being written for. It’s entirely possible Rihanna has grown enamored of Blake’s own phrasing to the point where he himself sounds like an imitation. While the argument is only theory, in reality, it hurts the execution of the album as a total project.

As a showcase for No I.D., Shadows and Diamonds is magic. The iconic producer shows a depth and understand of both what works in pop presently as well as a style highlighting strong legendary influences. Bass-heavy deep house thumper “Live Til We Die” becomes the album’s best example of that notion. For Elijah Blake as an artist, the recording is a dilemma. He’s a brilliant songwriter who dives into soul’s perpetual obsession with lust and depravity. However, keeping Shadows and Diamonds from approaching perfection are creative safety moves. Hence, Blake becomes a rising star failing to outdistance his own shadow.