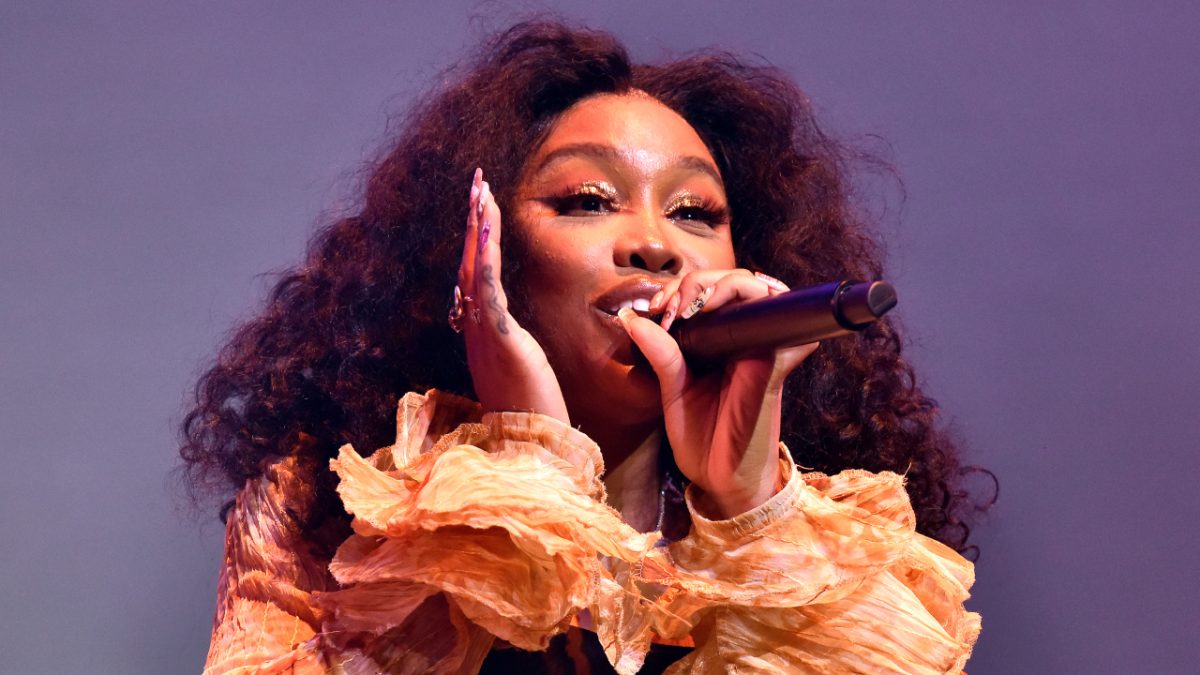 SZA continues to write herself into the R&B history books thanks to the success of SOS.

The TDE singer’s sophomore LP — the long-awaited follow-up to 2017’s Ctrl — reclaimed the No. 1 spot on this week’s Billboard 200, marking its fourth straight week atop the chart.

According to Billboard, the project earned an additional 125,000 units, fending off competition from Taylor Swift’s Midnights, Metro Boomin’s Heroes & Villains and Drake and 21 Savage’s Her Loss, among other releases.

The achievement puts SZA in rare company as SOS becomes the first R&B album by a woman to spend its first four weeks at No. 1 since Janet Jackson’s 1993 janet. LP almost 30 years ago.

Additionally, SOS is the first album by a woman to spend its first four weeks at No. 1 in a year following Adele’s 30, which ruled the Billboard 200 for six weeks between December 2021 and January 2022.

It’s also the first R&B album by a woman to spend four weeks atop the chart since Alicia Keys’ 2007 effort As I Am, which logged its fourth and final consecutive week at No. 1 in February 2008.

The milestone didn’t go unnoticed by SZA, who took to Instagram on Sunday (January 8) to celebrate the continued dominance of her latest album.

“I don’t have shit to say but thank you to God my ancestors my family my team and ALL OF YOU THAT RIDE FOR ME ! ESPECIALLY CAMP!!” she wrote. “Y’all my family too [white heart emoji] we have so much more to come.”

SZA 'SOS' Reveals Everything We've Wanted To Know For 5 Years

“‼️‼️‼️‼️‼️‼️‼️‼️‼️‼️‼️lessssss go goddesss!!!!!!” Keys wrote under the post along with a burst of fire emojis, while Lizzo declared SZA the “Biggest star on the planet!”

Released on December 9, 2022, SOS boasted appearances from Travis Scott, Don Toliver, Phoebe Bridgers and the late Ol’ Dirty Bastard across its 23-song tracklist, which included the previously released singles “Good Days,” “I Hate U” and “Shirt.”

The album debuted at No. 1 on the Billboard 200 with a sizable 318,000 first-week units, the fifth-largest sales week of last year. That figure was largely driven by 404.58 million on-demand streams, marking the biggest streaming week ever for an R&B album.

SOS has since notched over 750,000 album-equivalent units since its release, and if its trend of posting chart-topping figures continues, it won’t be long until it becomes eligible for platinum certification.

The album’s popularity is likely to persist in 2023 thanks to SZA’s upcoming SOS Tour. The 17-city arena trek kicks off in Columbus, Ohio on February 21 and wraps up in Inglewood, California on March 23, with stops in Chicago, Toronto, New York, Atlanta, Dallas and other cities along the way.